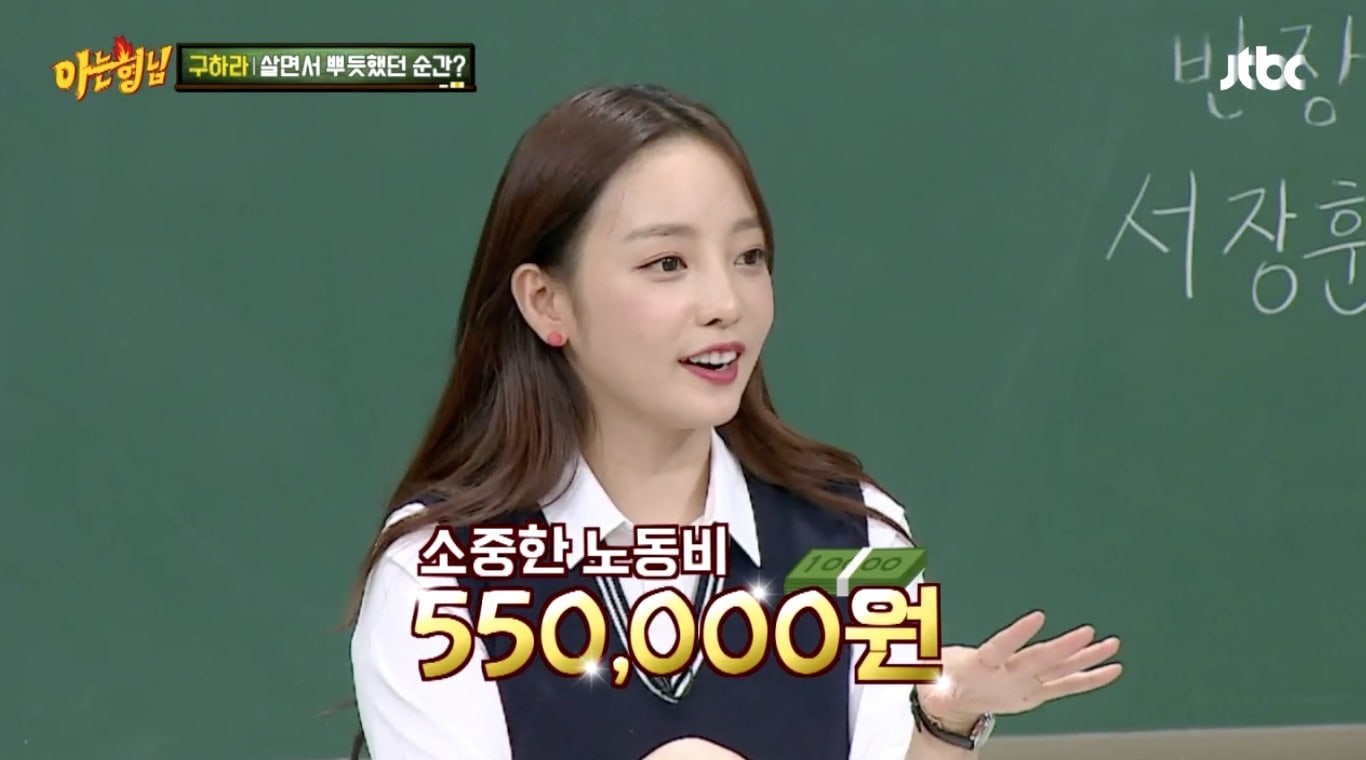 Goo Hara shared a story of one of the proudest moments of her life.

The episode of JTBC’s “Ask Us Anything” that aired on November 18 featured guest appearances by Goo Hara and Sung Dong Il.

During the segment in which guests ask the cast to guess facts about them, Goo Hara asked them to figure out the answer to, “What was the proudest moment of my life?” She received a few wrong answers and gave out the hint, “How did I save up my money? Little by little.”

It was then that Seo Jang Hoon gave the right answer as he said, “Your proudest moment was when you would take what you made every day as a fit model before your debut and put it into your bank account through an ATM.” 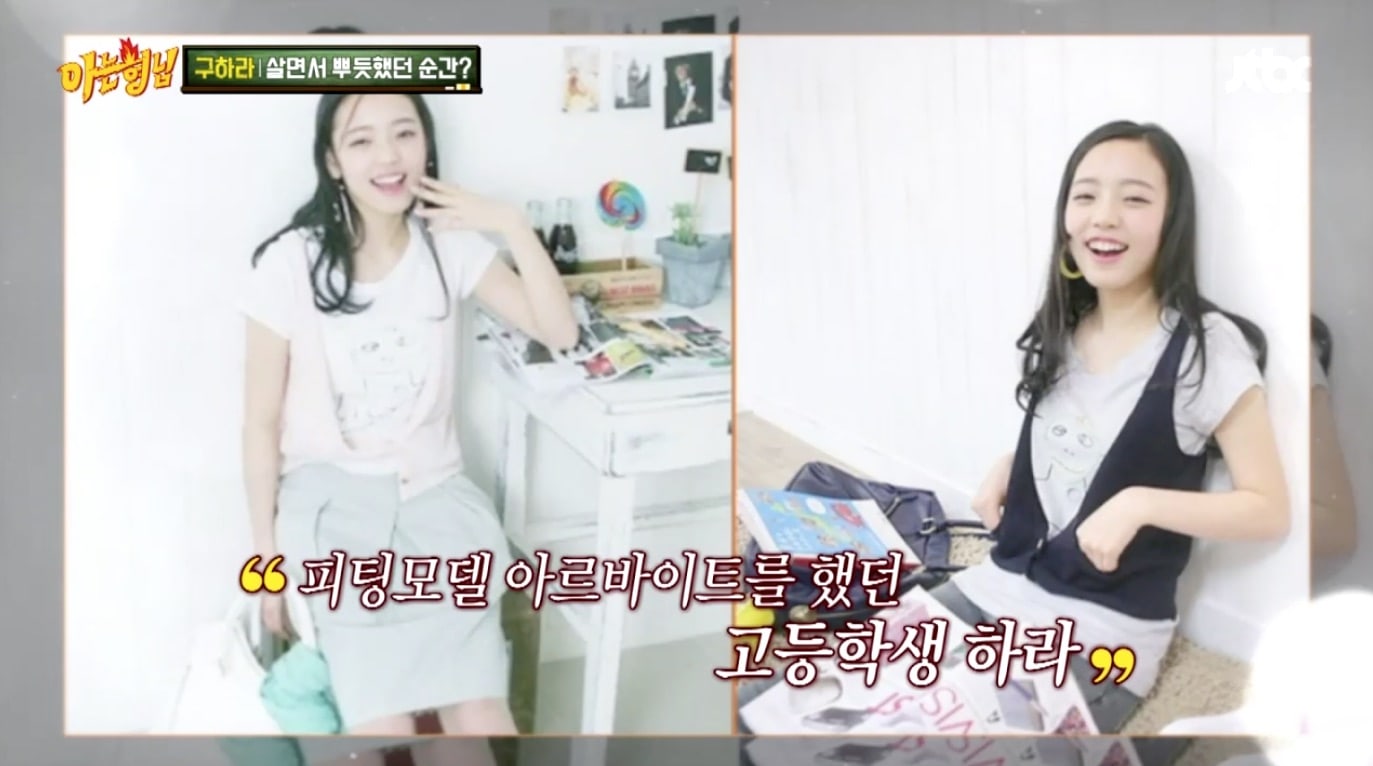 Goo Hara explained that she would feel so proud when, every day on her way home, she would take the money she earned that day and put it in her bank account. She said that being a fit model would earn her 4,500 won (approximately $4.11) an hour, and she would work an average of three hours a day for a total of 13,500 won (approximately $12.33). Her hard work paid off and she ended up saving up 550,000 won (approximately $502.5) in a month, and she said, “Back then, that was a lot of money for me. It felt like I could buy a house with that kind of money.”

She went on to share that she had worked a lot of different part-time jobs in the past to pay for living expenses while training to become an idol. She revealed that not only had she been a fit model, but she’d also handed out flyers, and washed dishes and served tables at restaurants. 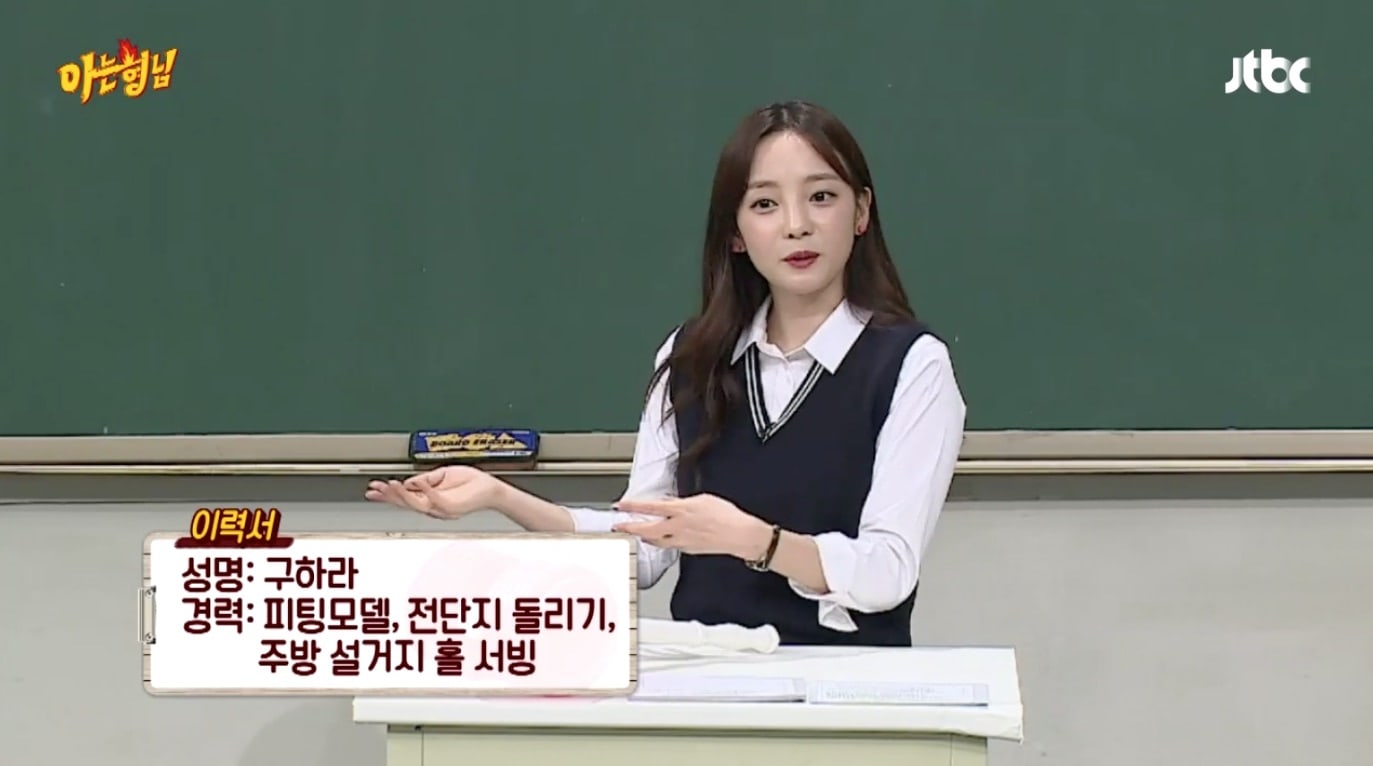 Goo Hara stated that she still has the bank passbook that had the 550,000 won she earned back then as a reminder of her hard work and determination.

Ask Us Anything
Goo Hara
How does this article make you feel?