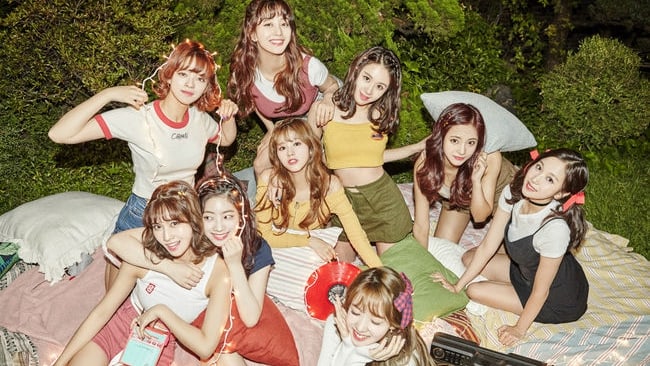 TWICE’s “LIKEY” moves up 10 spots to become our new No. 1 song! This song won all the music shows last week and easily defeated the champion of the last two weeks, BTOB’s “Missing You,” for the top spot. It is also TWICE’s third No. 1 song on our chart this year, a feat only matched by GFRIEND. Congratulations to TWICE!

“LIKEY” is the title song of TWICE’s first studio album “Twiceagram.” Teaming up with hitmaker Black Eyed Pilseung once again, “LIKEY” contains a new music genre called “future electro pop,” which is more sophisticated than the “color pop” genre that TWICE has been known for since their debut. TWICE’s sweet and lovely vocals are the highlight of this song.

Rounding out the top three is BTS’s former No. 1 song “DNA,” moving back up one spot to No. 3.

We have two other new songs in the top 10 this week! Moving up six spots to No. 7 is veteran ballad artist Lim Chang Jung’s latest hit “Do You Know That Person.” For the last few years, Lim Chang Jung has released his new album in the fall, so it is not a surprise to see him back in the top 10 around this time of the year. “Do You Know That Person” is the title track of his second mini-album of the same name. It is a heart wrenching ballad that highlights Lim Chang Jung’s vintage-sounding emotional vocals. It has an addictive chorus part and the heartfelt lyrics are perfect for the fall/winter season.

Another veteran male ballad artist also makes his return to the top 10. Moving up 12 spots to No. 9 is Sung Si Kyung’s “Holding On To You.” Sung Si Kyung has focused on drama OSTs in recent years, and this digital single is his first non-drama related song in six years. It is a pop ballad filled with Sung Si Kyung’s warm and dreamy voice. The lyrics are about a man yearning to be with his ex-girlfriend once again.