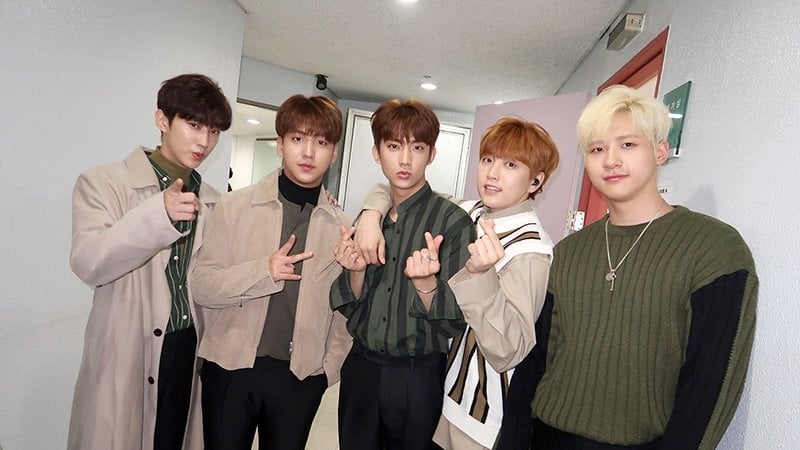 B1A4 gifted Jinyoung for his birthday by sending a coffee truck to the set of his new film!

On November 18, B1A4 members CNU, Sandeul, Baro, and Gongchan celebrated their leader’s birthday with a coffee truck for the entire cast and crew of Jinyoung’s upcoming film “That Guy Within Me.” The members asked the cast to “take good care of our Jinyoung” and cutely signed it, “From B1A3.”

Jinyoung posted a picture of the truck on Instagram, thanking his members and teasing Gongchan for having accidentally spoiled the surprise. He wrote, “I was really touched. As always, my members are the best. Even though I already knew about it, because Gongchan mistakenly sent the banner messages in our group chat. Cute kid.”

With the photo of the coffee truck, Jinyoung also shared screenshots of Gongchan’s accidental spoiler in the group chat. Gongchan wrote eight options for the banner message, asking the members to choose, but he made the mistake of sending it to the entire group including Jinyoung. As no one responded for almost 30 minutes, Gongchan realized his mistake and asked for Jinyoung to choose.

After making a successful group comeback with “Rollin’” in September, the B1A4 members are currently focusing on their individual promotions.