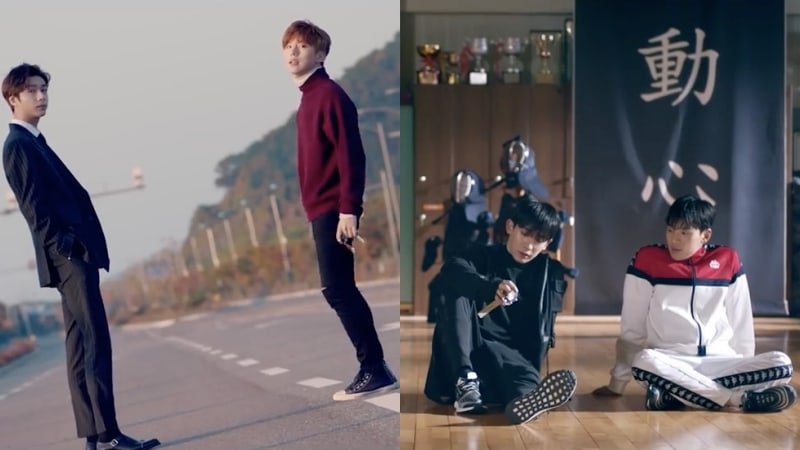 MONSTA X has given fans a glimpse behind the scenes of their latest music video, “Dramarama”!

The newly released footage shows MONSTA X filming their acting scenes, with the members explaining the meaning behind the complex music video. 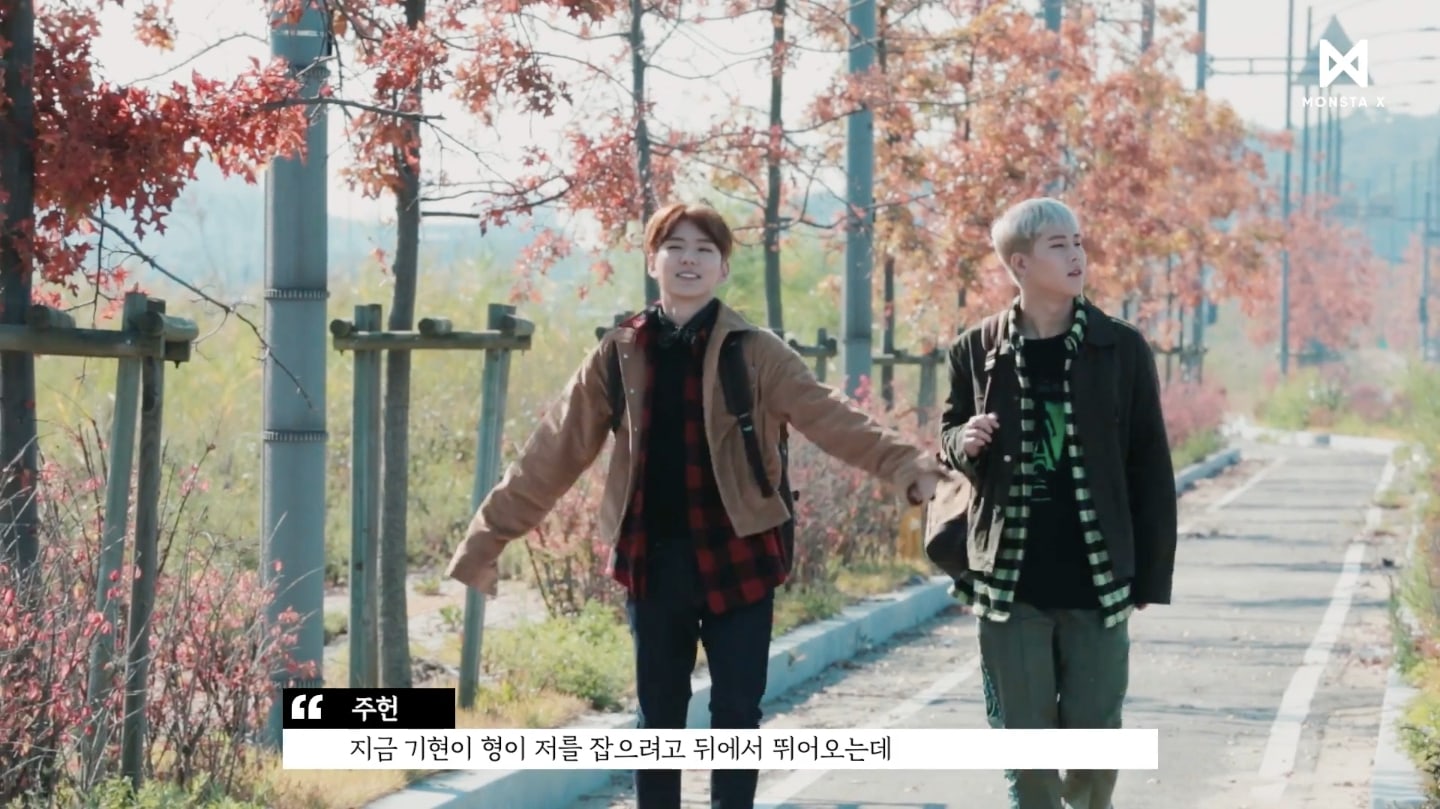 Kihyun and Jooheon’s storyline involves Kihyun repeatedly traveling through time to attempt to save Jooheon from his car accident. In the end, Kihyun must sacrifice himself in order to rescue Jooheon. As a result, the scene in the pawn shop changes—originally, it’s Kihyun who is there alone when Hyungwon arrives, but later in the music video, it is Jooheon who is there on his own, having survived the car crash due to Kihyun’s sacrifice. 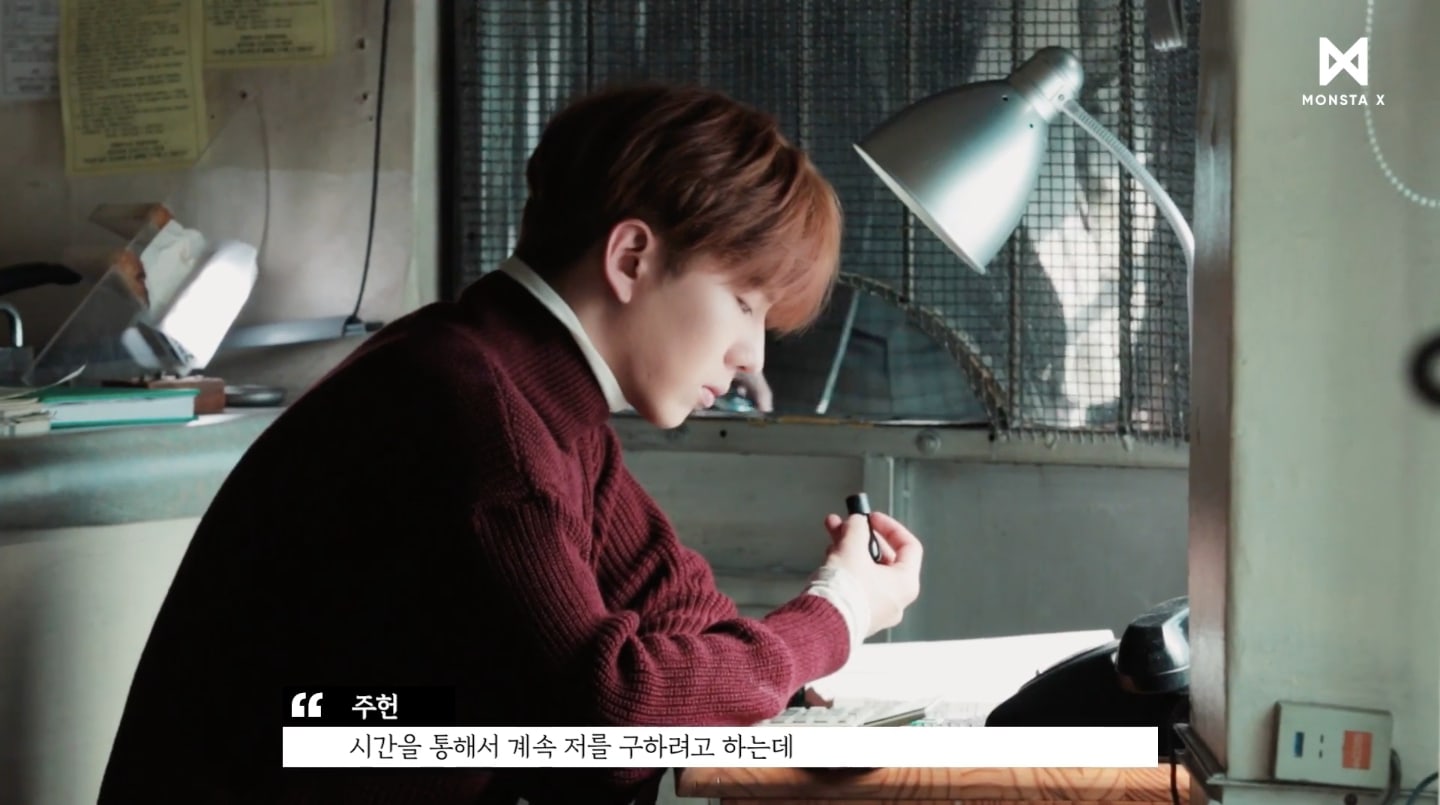 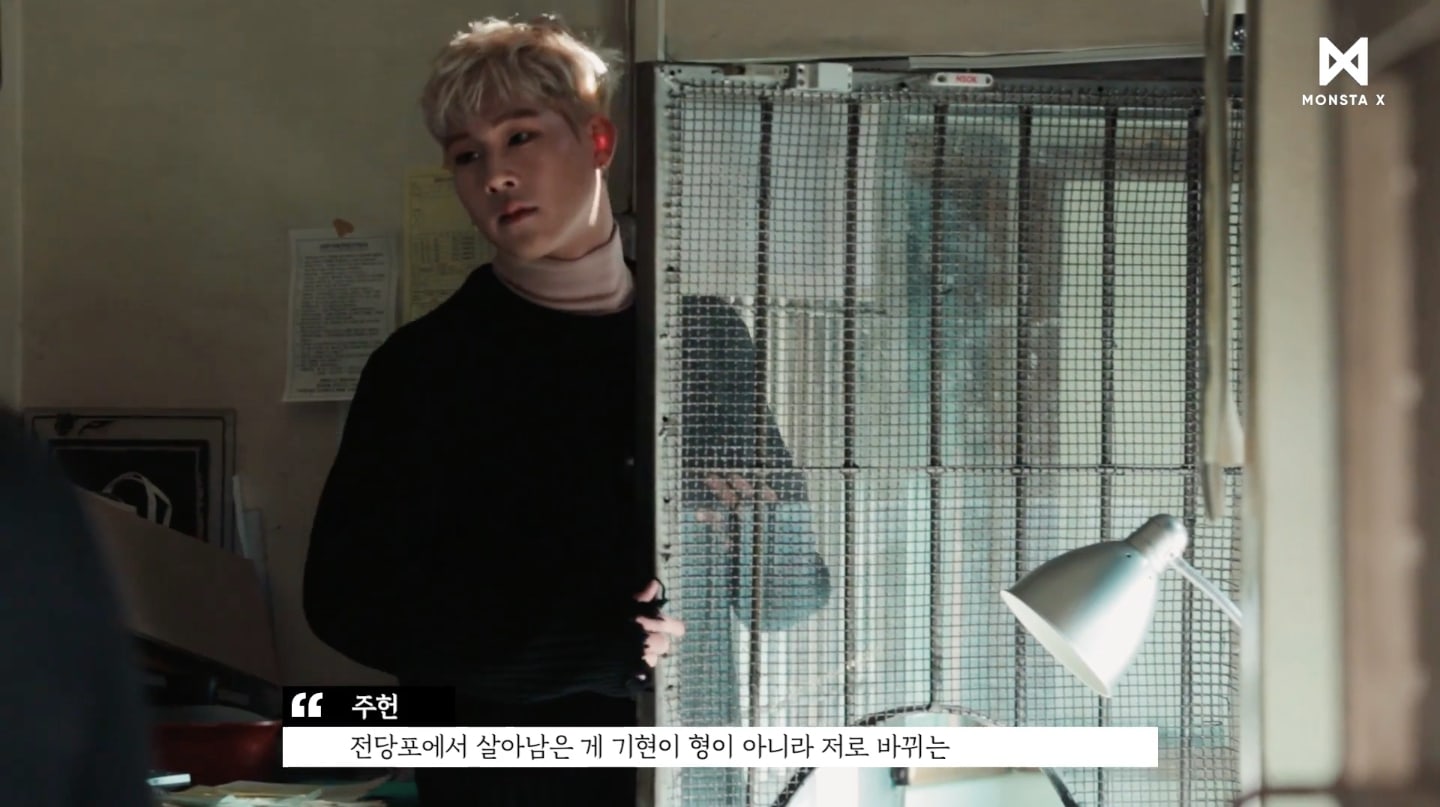 “[The story] is exactly the same as my actual daily life,” jokes Kihyun in the video. “Too similar to my real life. The mindset of sacrificing myself for someone else.” Jooheon laughingly agrees, “I’ll acknowledge it. Kihyun really is like that.”

The clip also reveals that Jooheon’s car crash in the video was not computer-generated, but actually filmed using a real car. The scene was shot using a contraption that rotated the car while Jooheon was inside it, followed by the real-life destruction of an actual car. 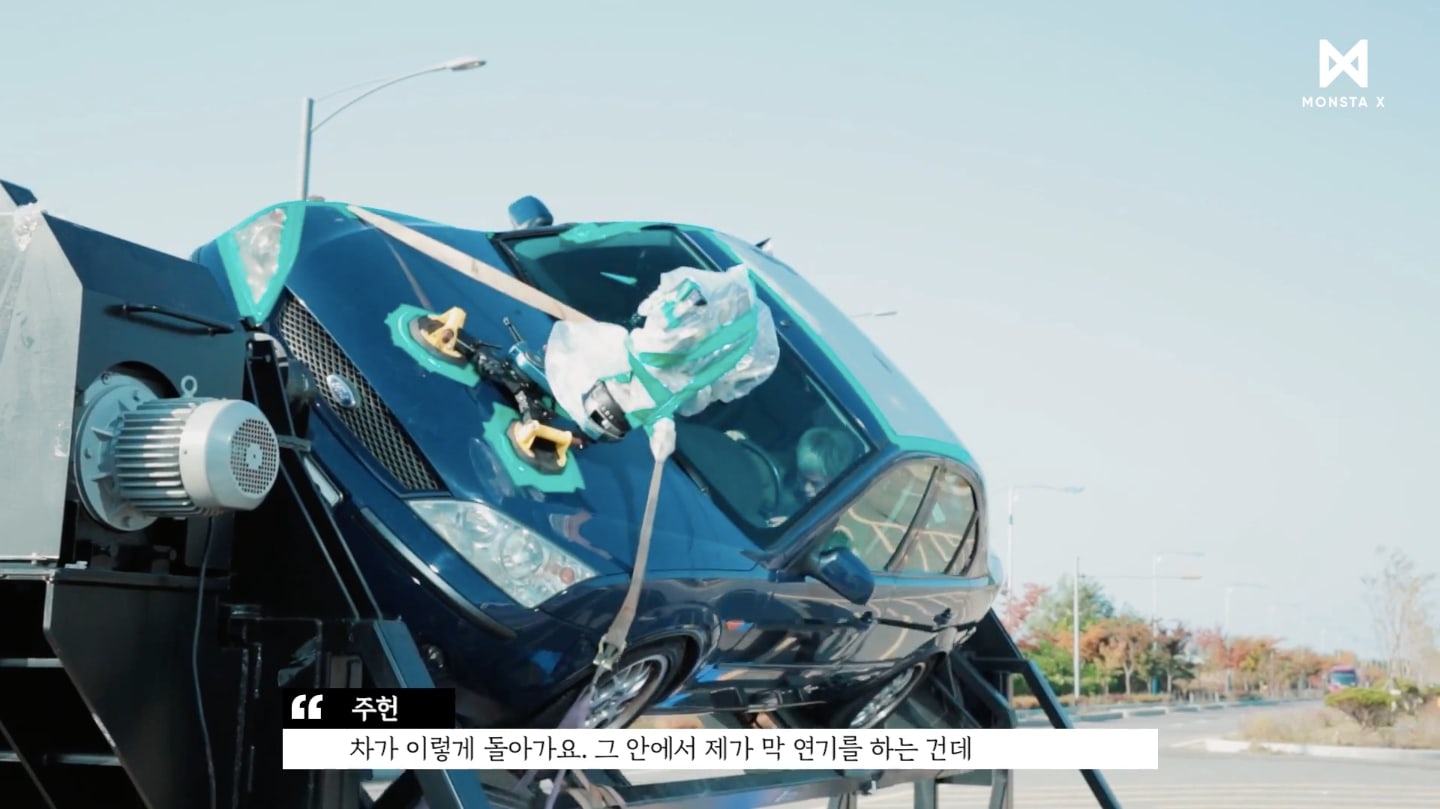 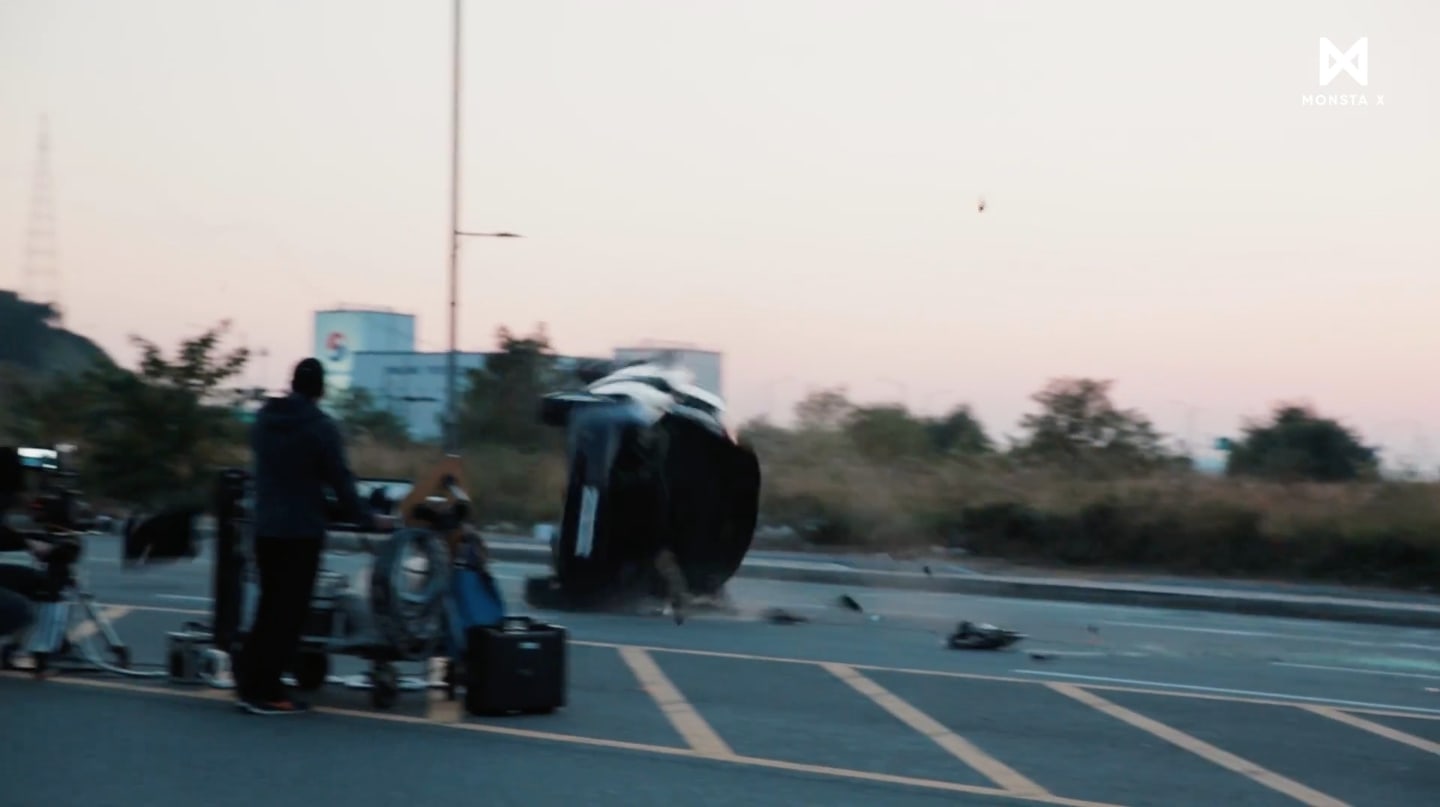 As many fans have surmised, Hyungwon’s role in the music video is that of the ultimate time traveler. He explains in the clip that he controls time, which can be confirmed in the scene where the rain falling around him begins to move backwards. 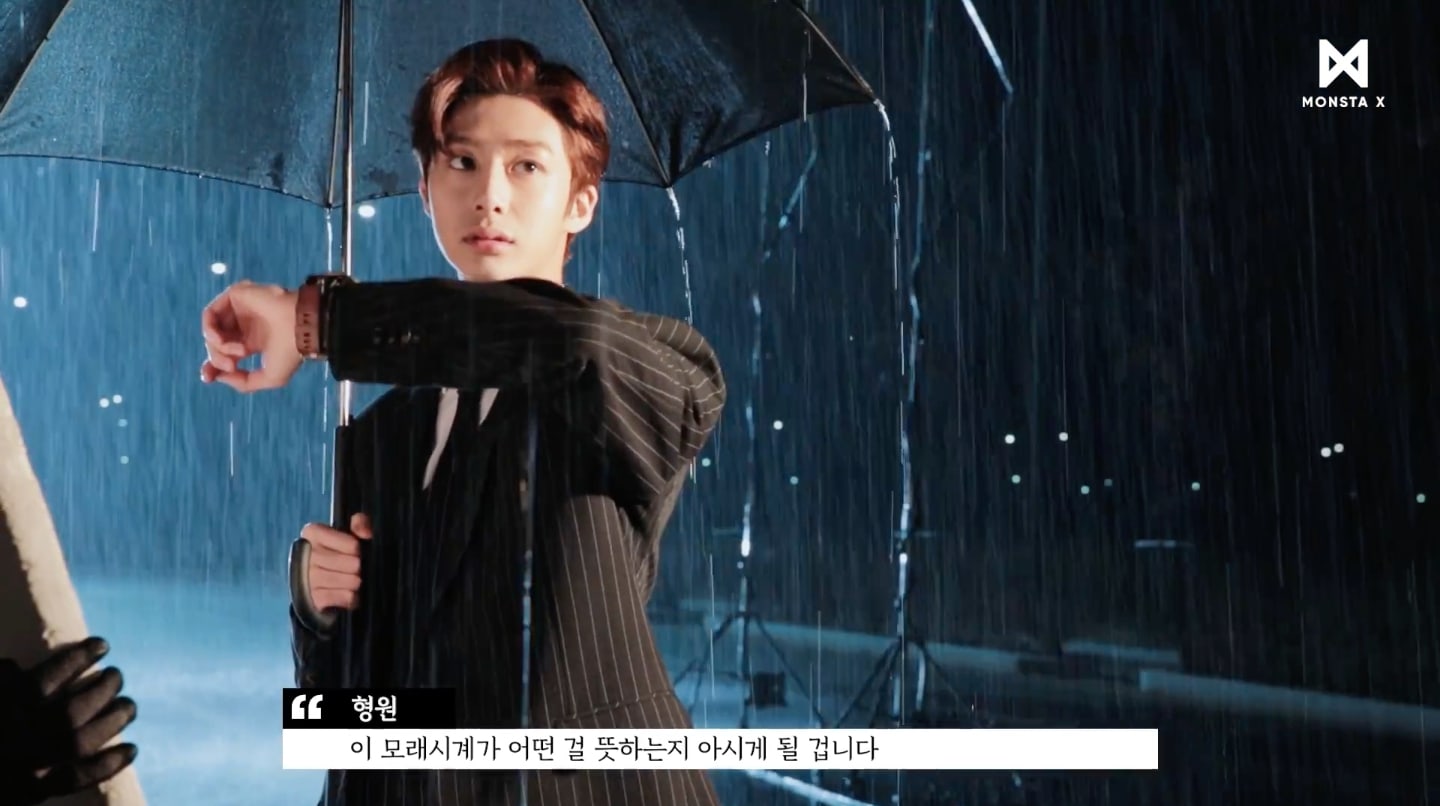 The music video also shows Hyungwon harnessing his power by crafting magical watches that can be used to travel through time. 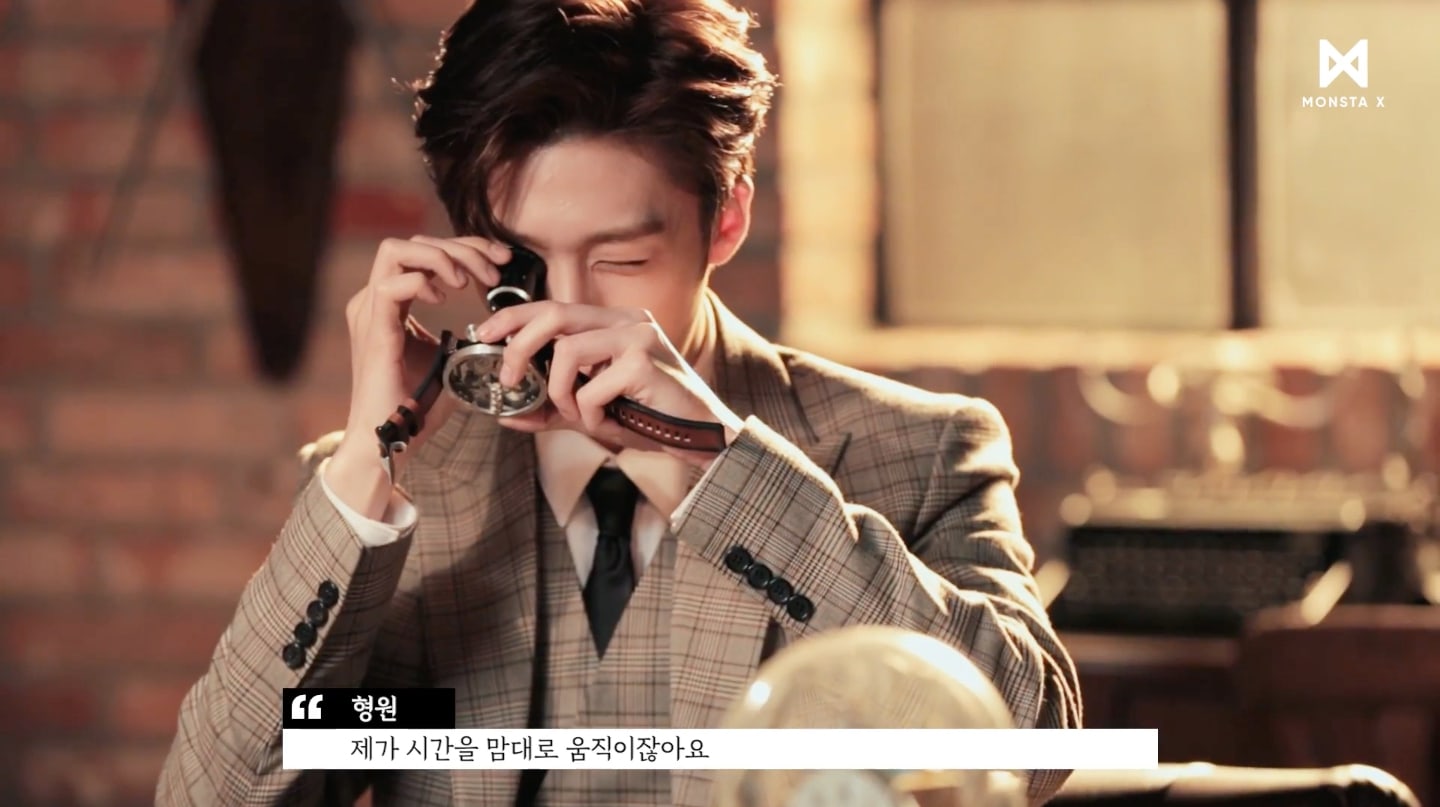 As he did with Kihyun, Hyungwon later gives Minhyuk one of his time-traveling watches by leaving it on a table at the cafe where Minhyuk works. 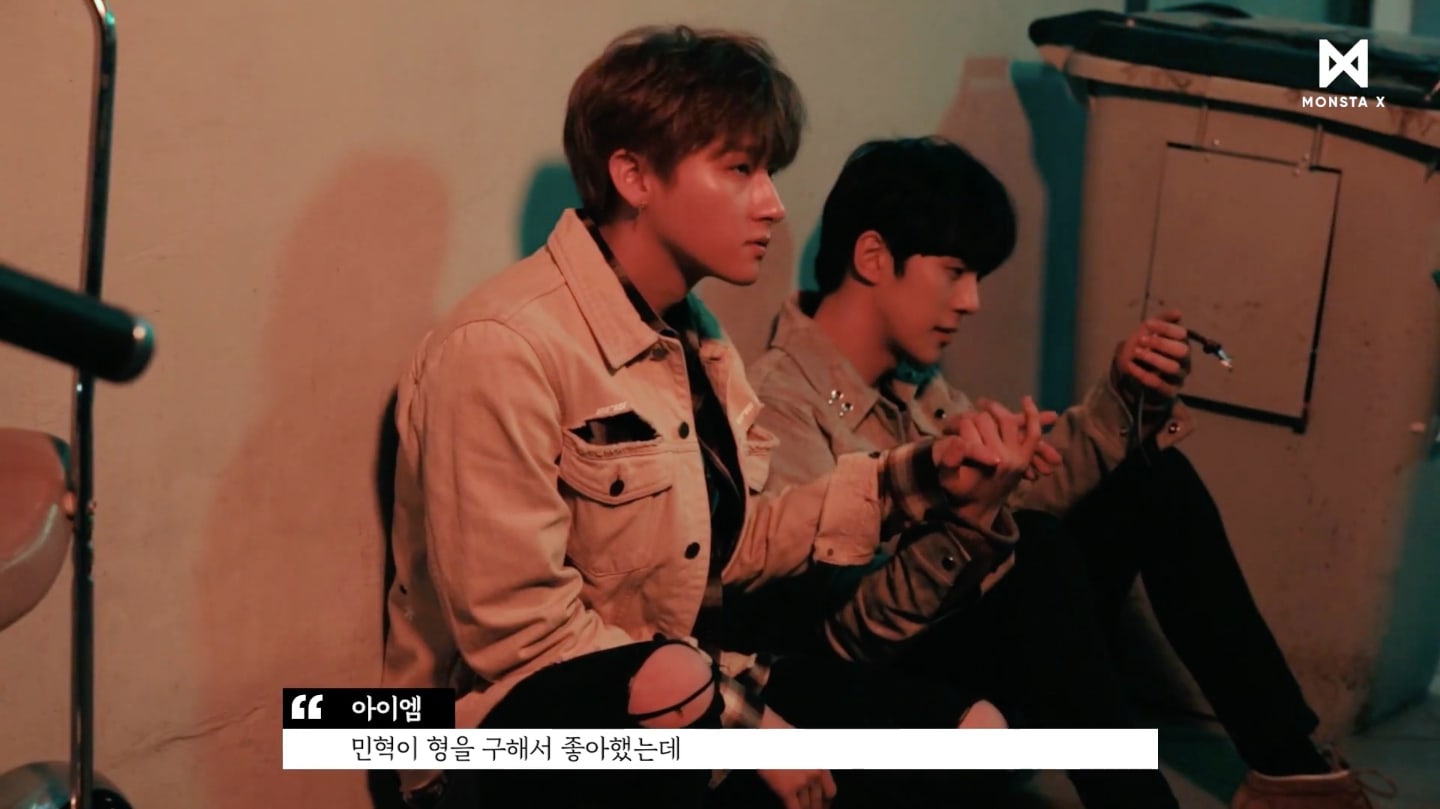 In the music video, Minhyuk and I.M play brothers who are tragically separated by time. Hyungwon explains, “I give Minhyuk the opportunity to be reunited with I.M. After watching him hard at work in the cafe, I decide that he deserves to see his brother again.” 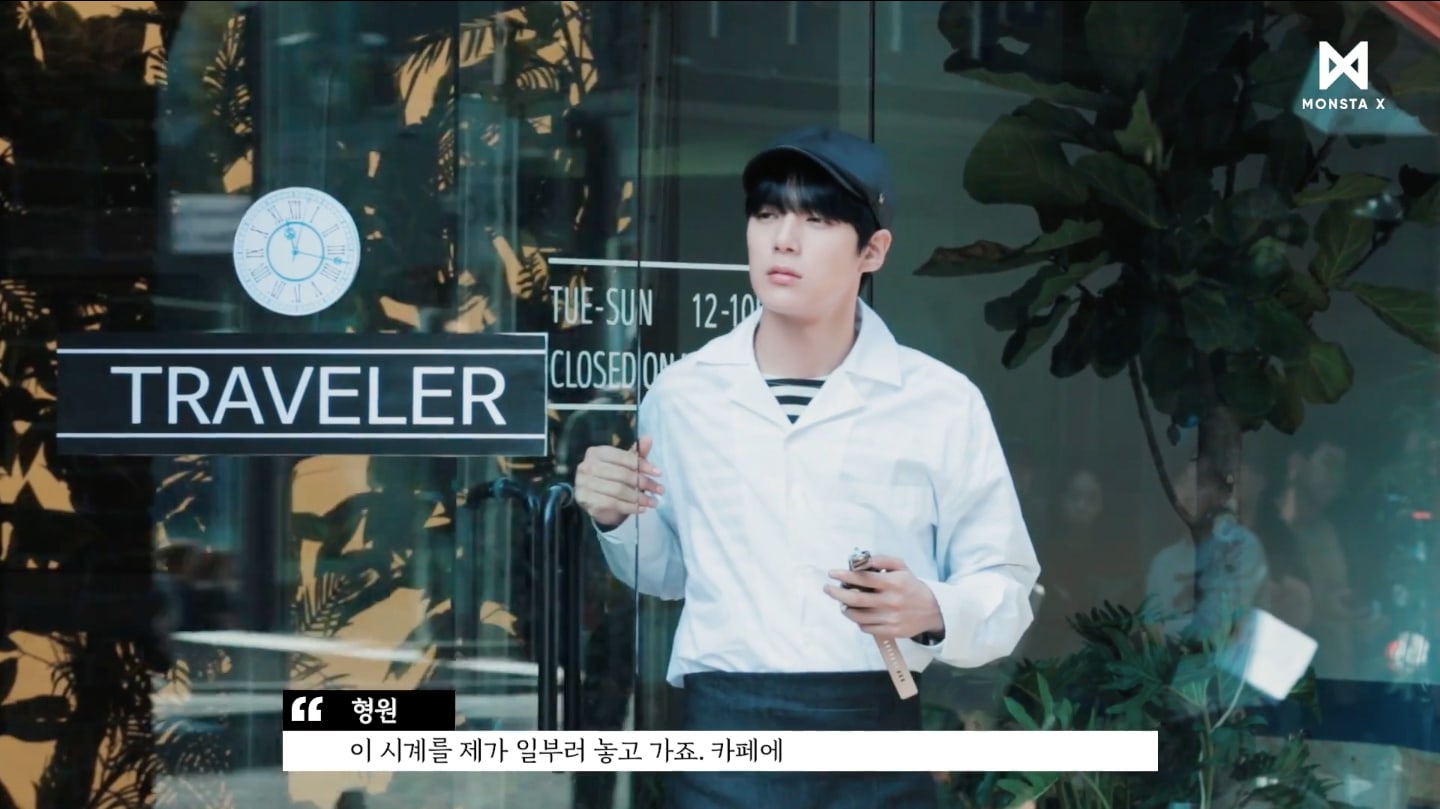 However, because time traveling is illegal, Minhyuk and I.M aren’t reunited for long. After being chased by secret agents for breaking the law, Minhyuk and I.M are separated again when an agent tases them and they accidentally let go of each other’s hands. “So I remain in 2015,” says I.M, “and Minhyuk returns to 2017.” 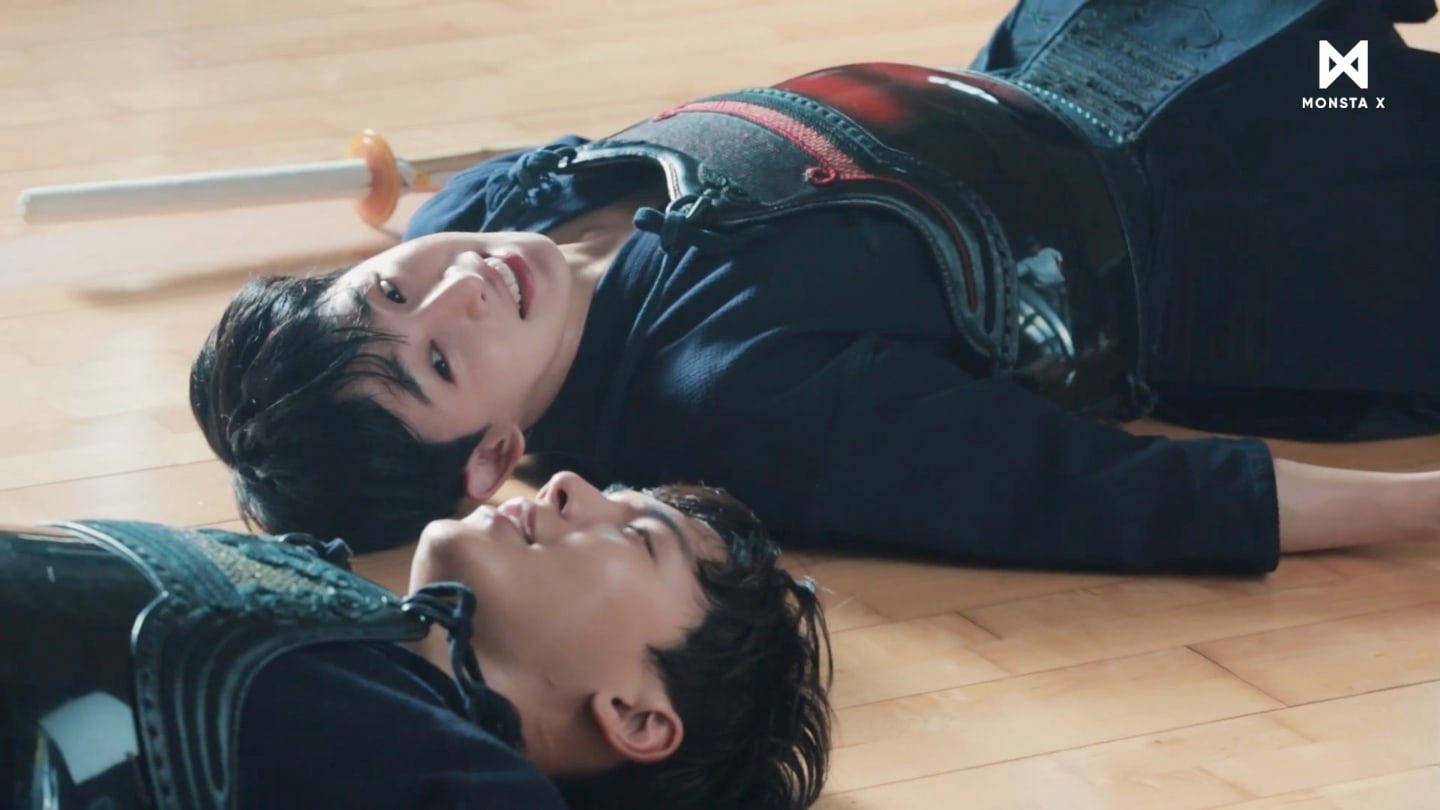 Wonho and Shownu take on the art of Kumdo (Korean swordfighting) for the music video. Although neither of them had experience with the sport, they pick it up quickly, with Shownu boasting, “The coach says I’m good!”

Shownu also explains their characters, saying, “Wonho is a time traveler, and he travels back and forth through time to practice Kumdo with me.” Later in the video, however, Wonho is caught by the same secret agents that chased Minhyuk, and he is left unable to see Shownu again. 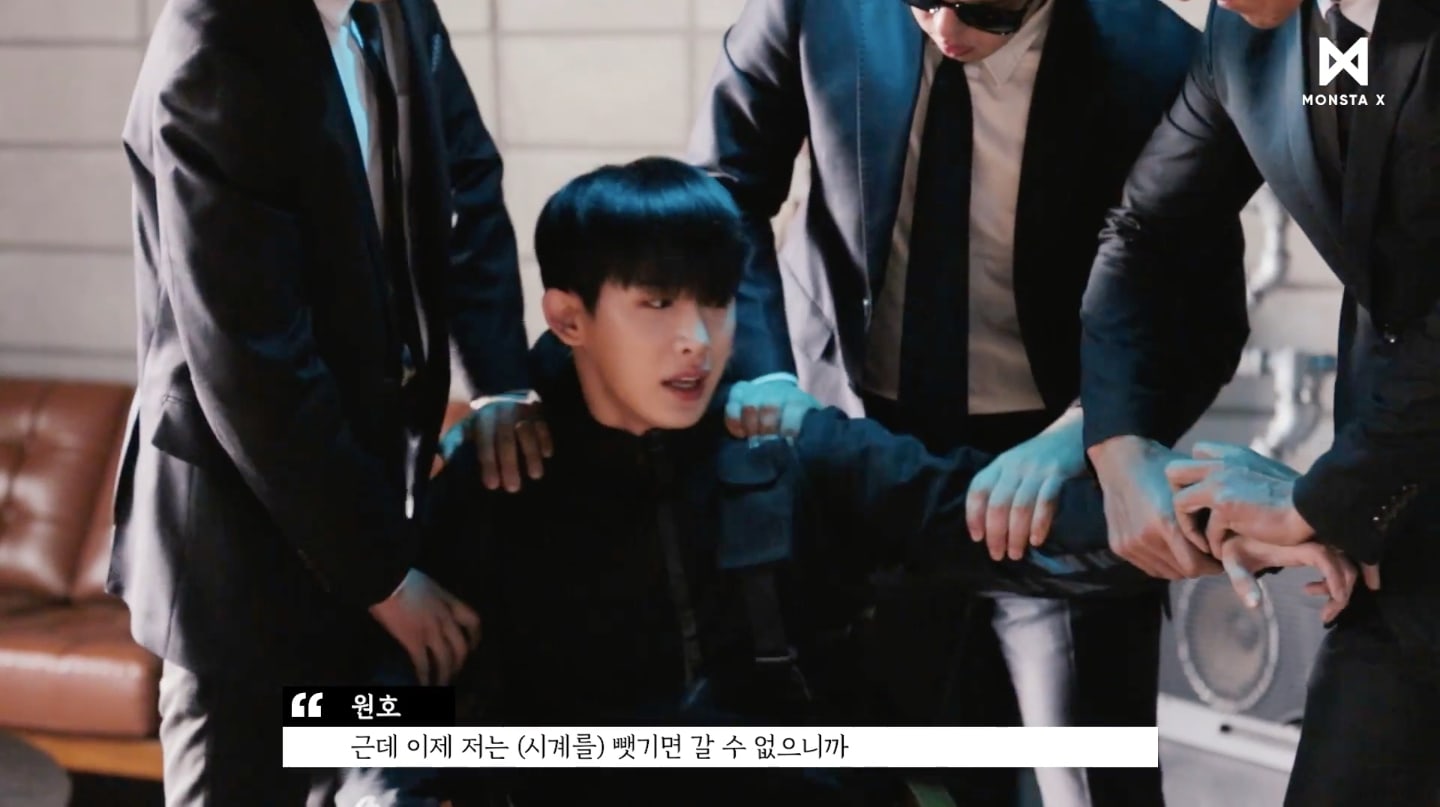 What did you think of MONSTA X’s “Dramarama” music video? Watch the full behind-the-scenes clip below!