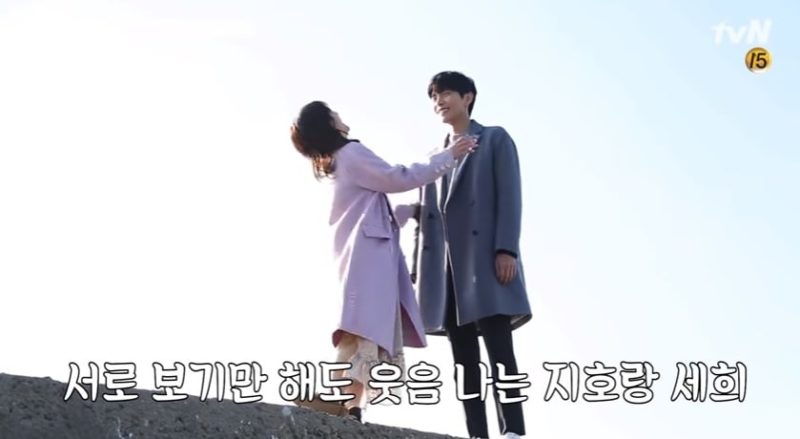 tvN’s “Because This Is My First Life” recently released a making film of the much-anticipated episode where Lee Min Ki and Jung So Min have their first kiss.

The behind-the-scenes clip opened up with Lee Min Ki preparing to make kimchi with Jung So Min’s family. He wore a pair of pants with bright and showy patterns on them, which ended up ripping twice whenever he tried to sit down, causing the actor to smile sheepishly. When Lee Min Ki caught the camera filming him, he shook his head and warned, “You can’t film below.”

Jung So Min entered the scene, and two leads rehearsed for their upcoming kiss scene. The atmosphere was bright and cheerful, and they joked around with each other while waiting for the filming to start. Once the kiss scene started, Jung So Min and Lee Min Ki tried to immerse themselves into their roles, but whenever they made eye-contact, they ended up bursting into laughter.

However, in the end, the two professionals managed to pull off the kiss scene without any laughing.

Watch the sweet and hilarious clip below!

If you haven’t already, start watching the drama now on Rakuten Viki!