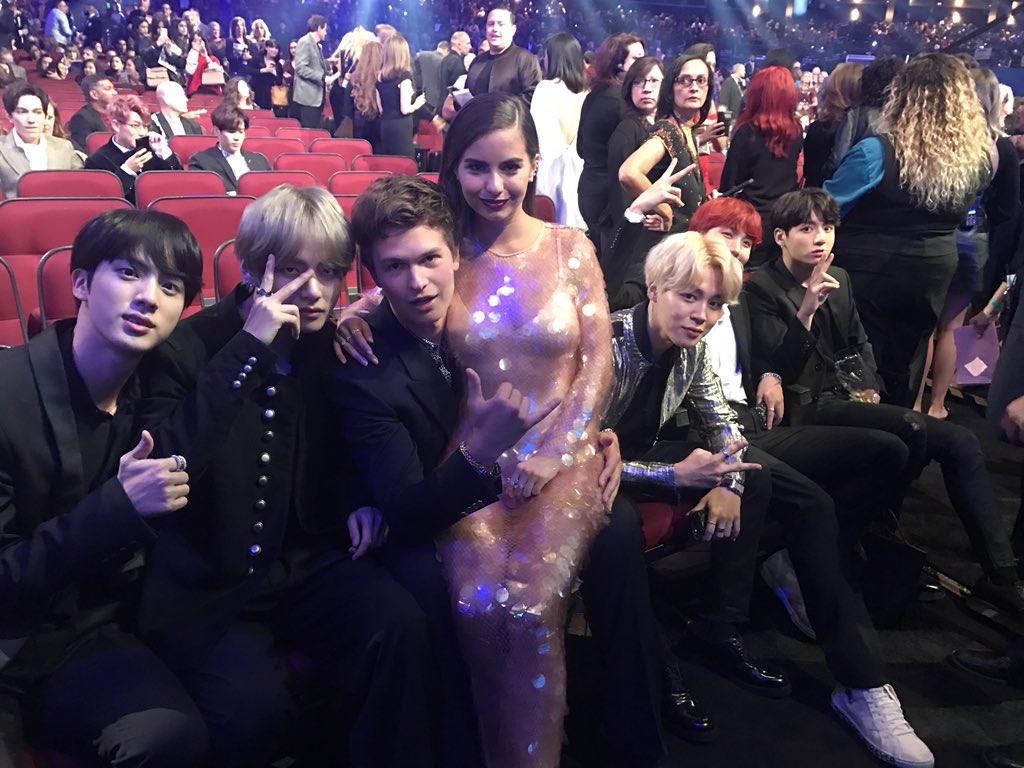 BTS and Ansel Elgort continue to maintain their sweet friendship!

After first meeting at the Billboard Awards earlier this year and reuniting in Korea during Ansel Elgort’s promotions for his film “Baby Driver,” the friends have met up again at the 2017 American Music Awards (AMAs).

Ansel Elgort and BTS interacted via camera on the red carpet earlier while Ansel Elgort and his girlfriend Violetta Komyshan were being interviewed. It looks like they were able to snap some pics before the ceremony started as Ansel Elgort shared some photos he took with BTS members at their seats.

You can also see GOT7’s Jackson in the back!