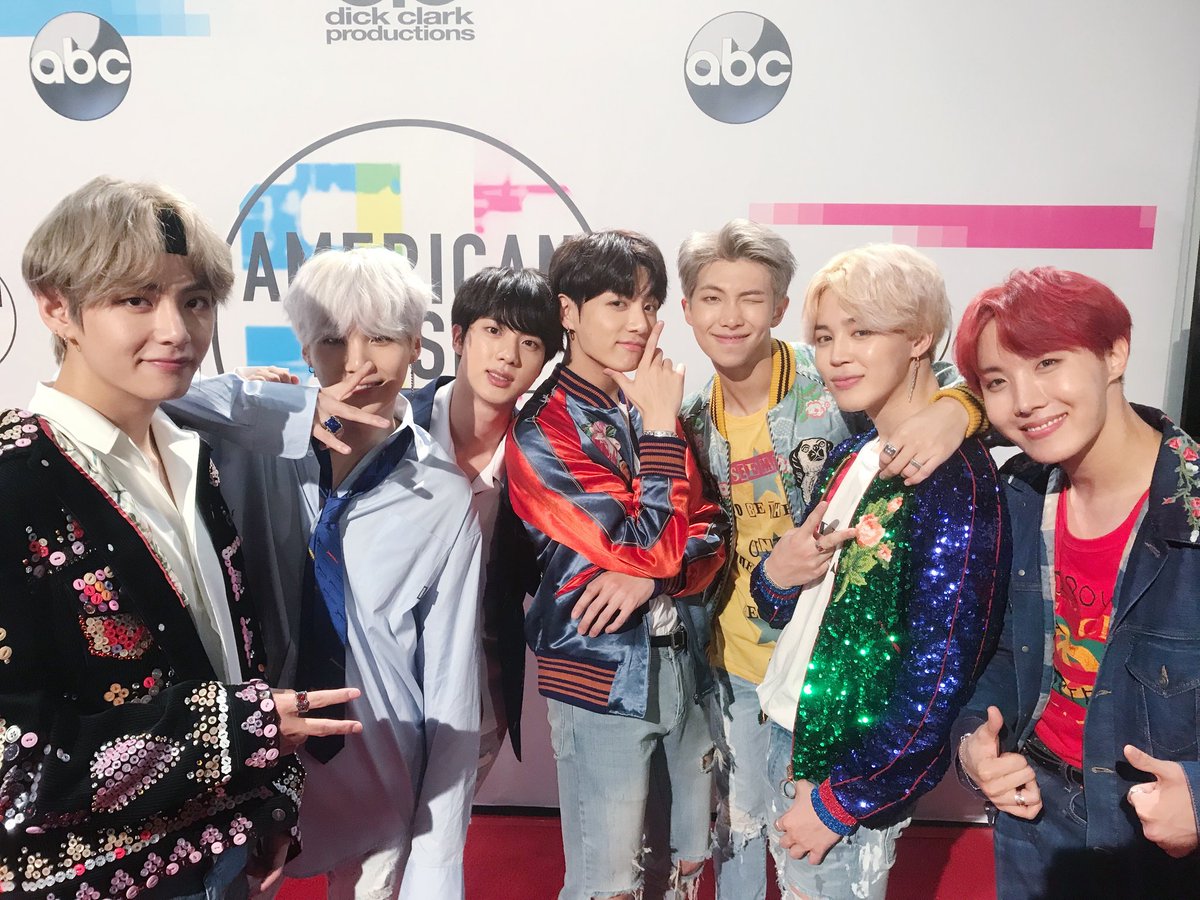 Following their performance, the members gathered in a hotel room to talk about their experience and thank fans through a V LIVE broadcast.

Then Jimin thanked ARMY for coming and cheering for them. The members talked about how they can’t believe it all happened. BTS also revealed that they had studied English in preparation for their appearance and each shared various phrases they learned.

The group also talked about their performance at the AMAs. RM said he tried his best to not make any dancing mistakes. Jimin thanked everyone for being so welcoming and standing once they came out on stage. 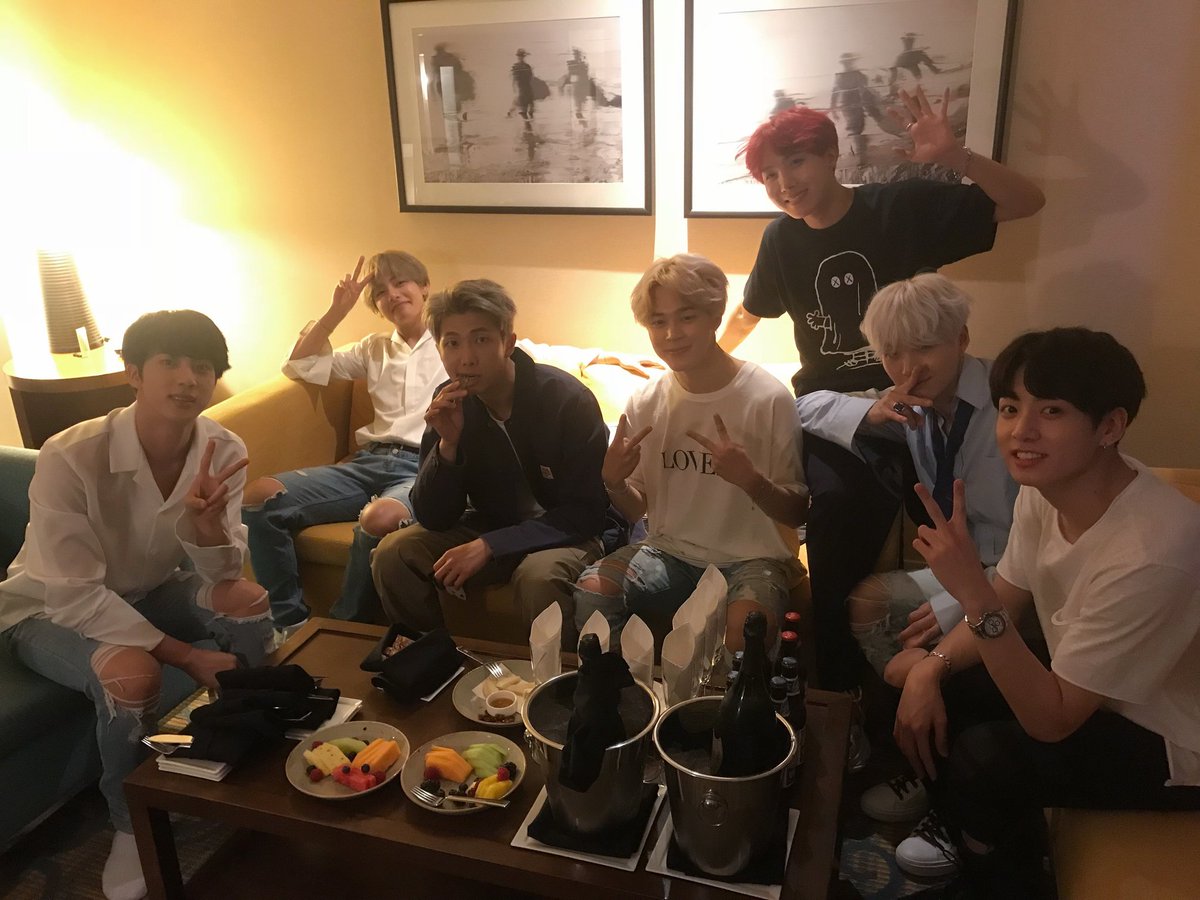 Each member shared their thoughts individually about their performance. Jungkook expressed his thanks for being able to perform on that stage and talked about how it was an honor. He also expressed his wishes to come back next year.

Suga talked about how nervous he was to which RM said it was the most nervous he had ever seen Suga be. However, RM said he was able to be less nervous because of Suga. Suga then explained that once the music started and he could hear cheering, his nervousness went away. He also said that the fact that they performed still feels surreal.

J-Hope said it was really amazing and they were able to perform well thanks to everyone. He further talked about how it was a good experience of self love. Jimin was up next and talked about how he discussed their trip to Los Angeles with RM a lot before their flight. However, even after arriving everything still felt surreal. Jimin said they really wanted to perform well and how he was very happy today.

RM said if they had to talk about things they were unsatisfied with about their performance there wouldn’t be an end to it, but that it was great to just get their name known. He further talked about how great ARMY is and how thankful he is.

V also expressed his thanks at being able to performance at such a great place and thanked ARMY as well. He said in English, “See you next year. Bye bye.”

Lastly, Jin said the experience made him feel like a celebrity even though it’s already been about five years since he became one. He talked about celebrities coming over to greet them and how it was amazing. He concluded with a hand kiss to fans.

After that Jimin opened a bottle of champagne for BTS and ARMY to celebrate the special day together.

RM toasted “BTS let’s be healthy. That’s all we need” and the group did their usual cheer. They concluded by saying they love their fans and ended the broadcast.

Congratulations to BTS and ARMY!