JTBC’s upcoming Friday-Saturday drama “Untouchable” has released a chart explaining the complicated relationships between its characters.

The chart also introduces a few reliable allies of Jin Goo’s. His main ally (besides Seo Yi Ra) is Bukcheon police team leader Go Su Chang (played by Park Won Sang) and Seo Yi Ra’s mother Bukcheon police chief Jung Yoon Mi (played by Jin Kyung), who at first opposes him because he is from the Jang family, but later cooperates with him after learning the truth. Other important allies are the members of Team X, a team created to deal with the Jang family specifically, which include Choi Jae Ho (played by Bae Yoo Ram), Gu Do Soo (played by Park Ji Hwan), and Lee Sung Kyung (played by Im Hyung Sung).

At the center of the other side of the Jang family conflict is Jang Gi Seo, who entered into a political and strategic marriage with Gu Yong Chan’s daughter Gu Ja Kyung. One of the most important figures in this side of the conflict is Jang Bum Ho (played by Park Geun Hyung), the head of the Jang family and the two main characters’ father. His importance is highlighted as he peers down at the others at the head of the chart and has a heavy presence as a pivotal figure in the family conflict. Not necessarily an ally, but another significant character is Gu Yong Chan (played by Choi Jong Won), Gu Ja Kyung’s father and a former president, who schemes to get rid of Jang Bum Ho and Jang Gi Seo. 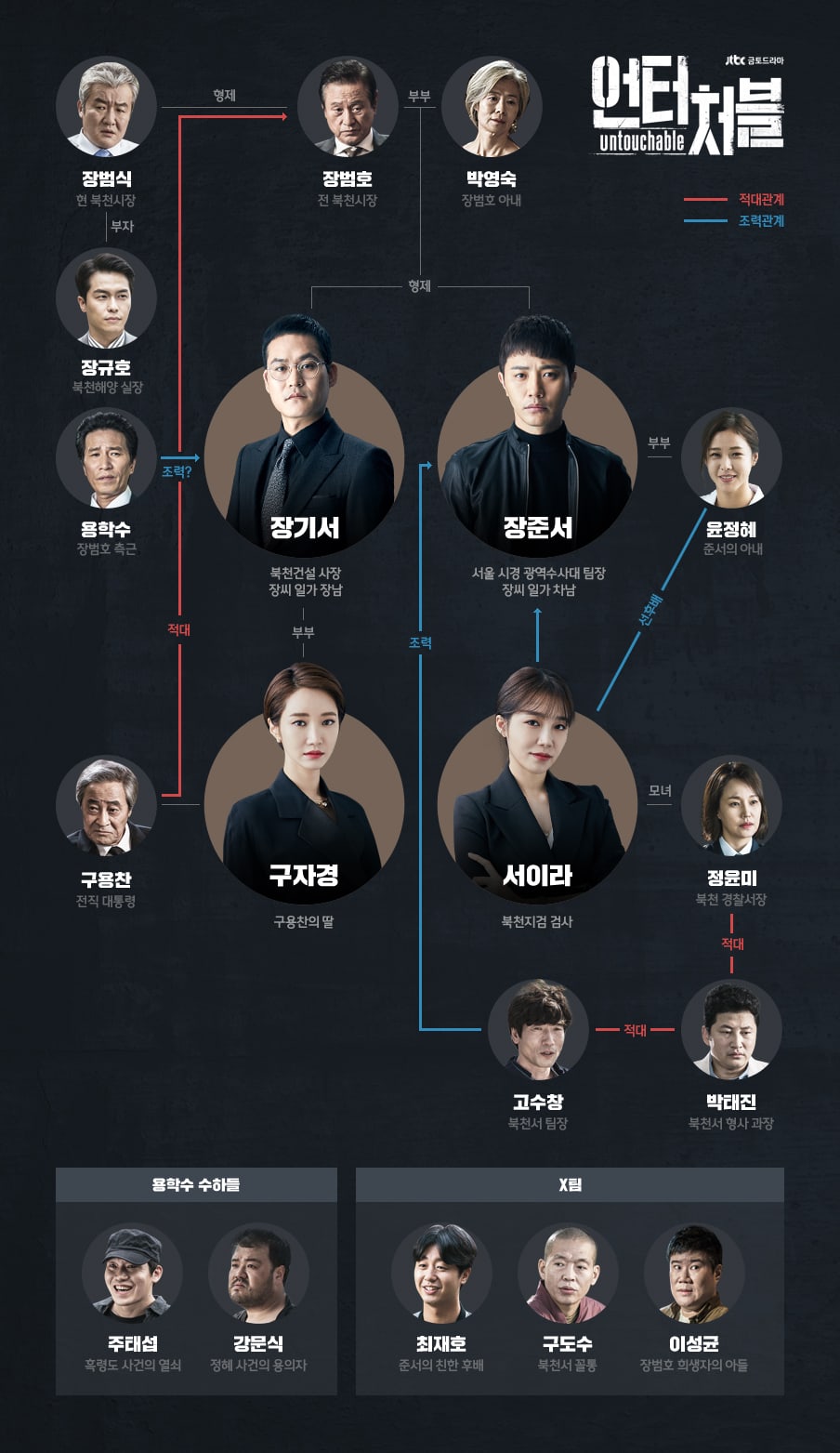 A source from the drama stated, “Jin Goo and Kim Sung Kyun’s conflict, which begins with the mystery of the death of Jin Goo’s wife, will show diverse, three-dimensional characters of the two brothers.”

“Untouchable” is an action drama about Jang Jun Seo who gets into a conflict with his family after his wife’s death, and his brother Jang Gi Seo who becomes his enemy in order to survive. The drama will air after “The Package” on November 24 at 11 p.m. KST.