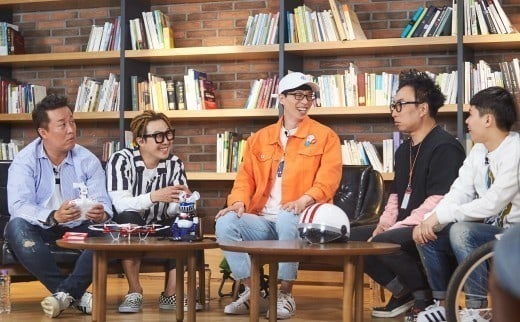 Some of the cast of “Infinite Challenge” was spotted filming at Korea’s National Assembly.

Photos of the “Infinite Challenge” members filming were uploaded by users on social media.

A source from the show shared, “This week’s ‘Infinite Challenge’ will be ‘Infinite News.'” They further explained, “In the ‘National Assembly’ episode this past spring, citizens discussed laws they would like to see be made in Korea. The five Assembly members who were present with us [for the special] have recently taken initiative [on these laws], so we went to cover the relevant news.”

“Infinite Challenge” did not air for over two months due to the MBC strike, but will return to television on November 25.