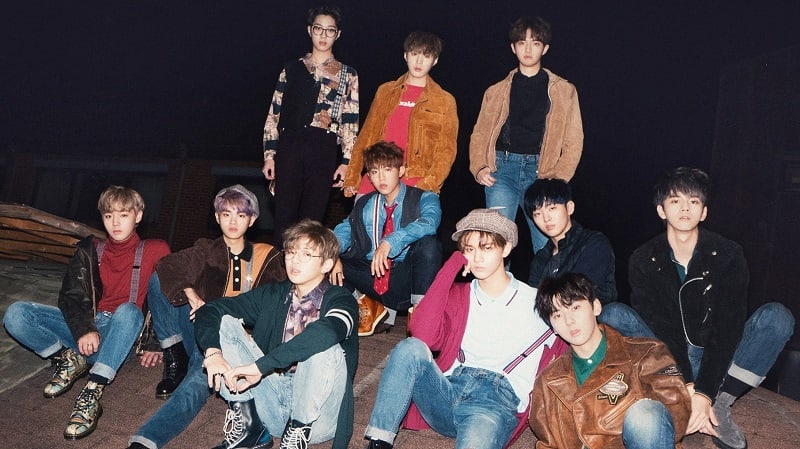 After the removal of illegal votes, Wanna One has been confirmed as the winner of the Kakao Hot Star Award at the Melon Music Awards! 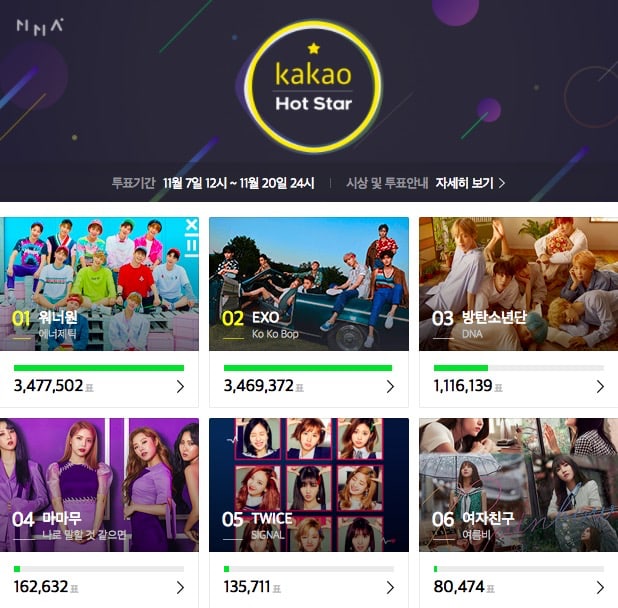 In first place when the voting ended was Wanna One’s debut track “Energetic” with 3,478,663 votes. Wanna One claimed first place since the first day and managed to defend their spot to the very end.

EXO placed second with their song “Ko Ko Bop.” The group was close behind Wanna One with 3,477,367 votes. 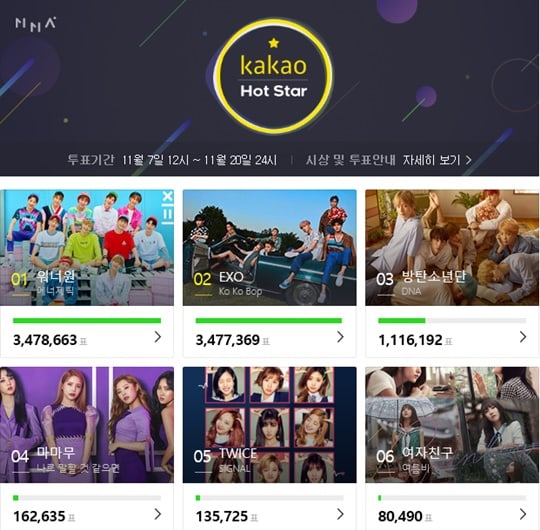 The Melon Music Awards will be held on December 2 at the Gocheok Sky Dome.

Wanna One
2017 Melon Music Awards
How does this article make you feel?