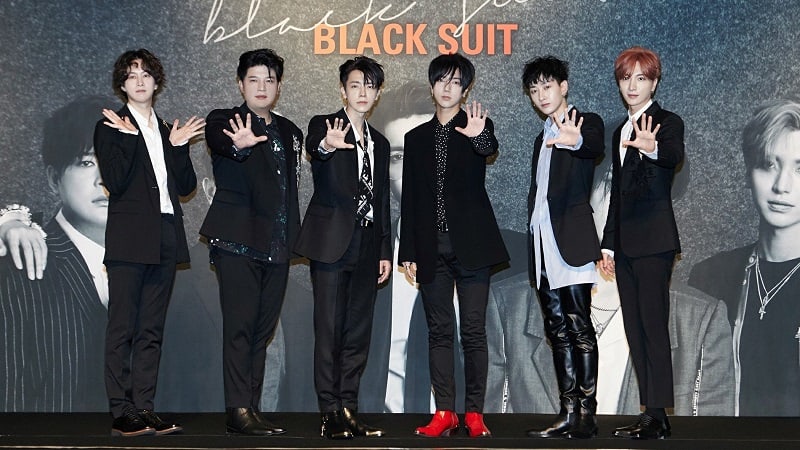 Super Junior became the first idol group to feature on a home shopping channel, and completely sold out the down jackets they promised to sell as a celebration of reaching a milestone in album sales.

The coats they sold were a reference to their title track “Black Suit,” and all the customers who ordered a jacket received a copy of their album “PLAY” as well.

Leader Leeteuk said, “It’s so chaotic it’s hard to believe if it’s real or not. We became the first idol group to appear on a home shopping network.”

Kim Heechul showed his business sense as he commented, “While black suits are nice, it’s hard to wear out in the cold winter. There are back and white long down jackets in various colors. I hope you spend this winter warmly.” 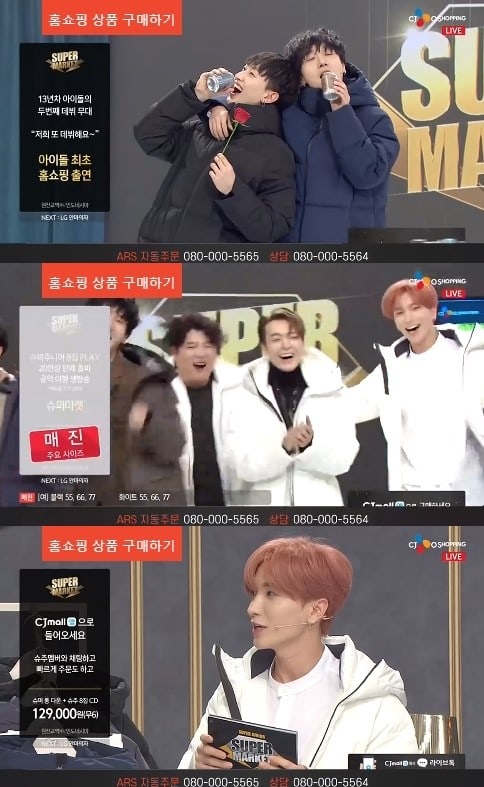 Leeteuk emceed the show, Kim Heechul maintained the flow of conversation, and Shindong responded to customer call inquiries, while members Donghae, Yesung, and Eunhyuk modeled the coats. Shindong also pledged, “If all the long down jackets sell out, we will film a ‘One More Chance’ music video wearing the jackets.” 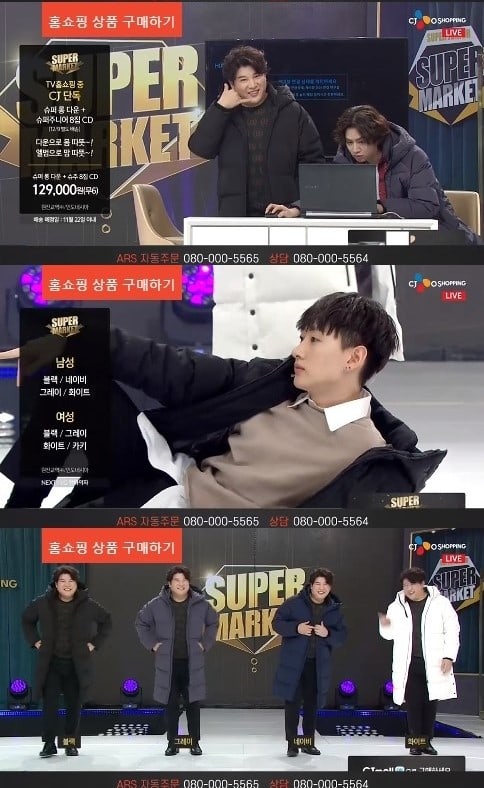 The Super Junior members sold 9,000 sets of the long down jackets they were advertising within the first 30 minutes, and then completely sold out the coats in all sizes in an hour!

Check out the guys being hilariously serious as they model their coats to “One More Chance” on the home shopping network below.