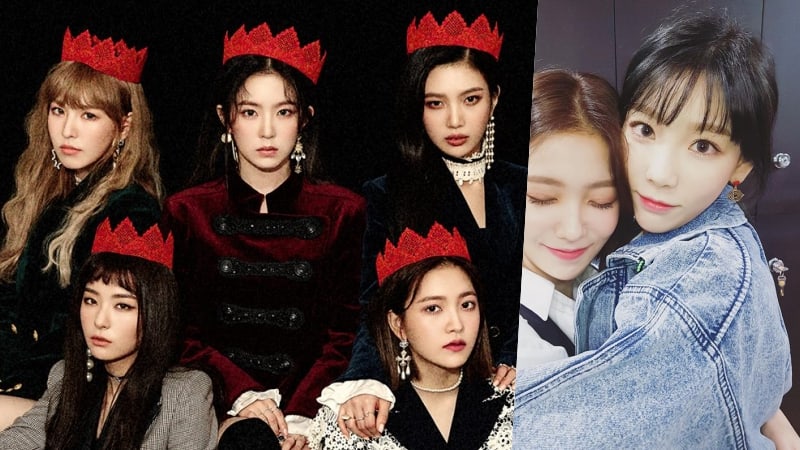 The girl group recently released its second album, featuring the title track “Peek-A-Boo.” When asked about the changes in their hairstyles for the comeback, Seulgi reported feeling confident about her new choppy bangs. “Everyone told me [the look] suited me well,” she said cheerfully. “I like it a lot.”

Yeri disclosed that she had initially been worried about her new short haircut, but that she had been pleasantly surprised by the results. “I didn’t think it would suit me,” she explained, “but it matched the atmosphere of our album, so I got my hair cut short for the first time in my life.” She went on, “Afterwards, it looked better than I’d expected, so I’m very happy with it.”

Red Velvet also talked about the concept behind their newest release. Wendy commented, “We worked hard to show a more mature and improved version of ourselves. We wanted to show a different side [of the group].” Leader Irene added, “The word ‘peek-a-boo’ is very cute, but it’s no fun if we’re just cute. So we tried to create an eerie atmosphere by mixing mystery with some creepiness.” 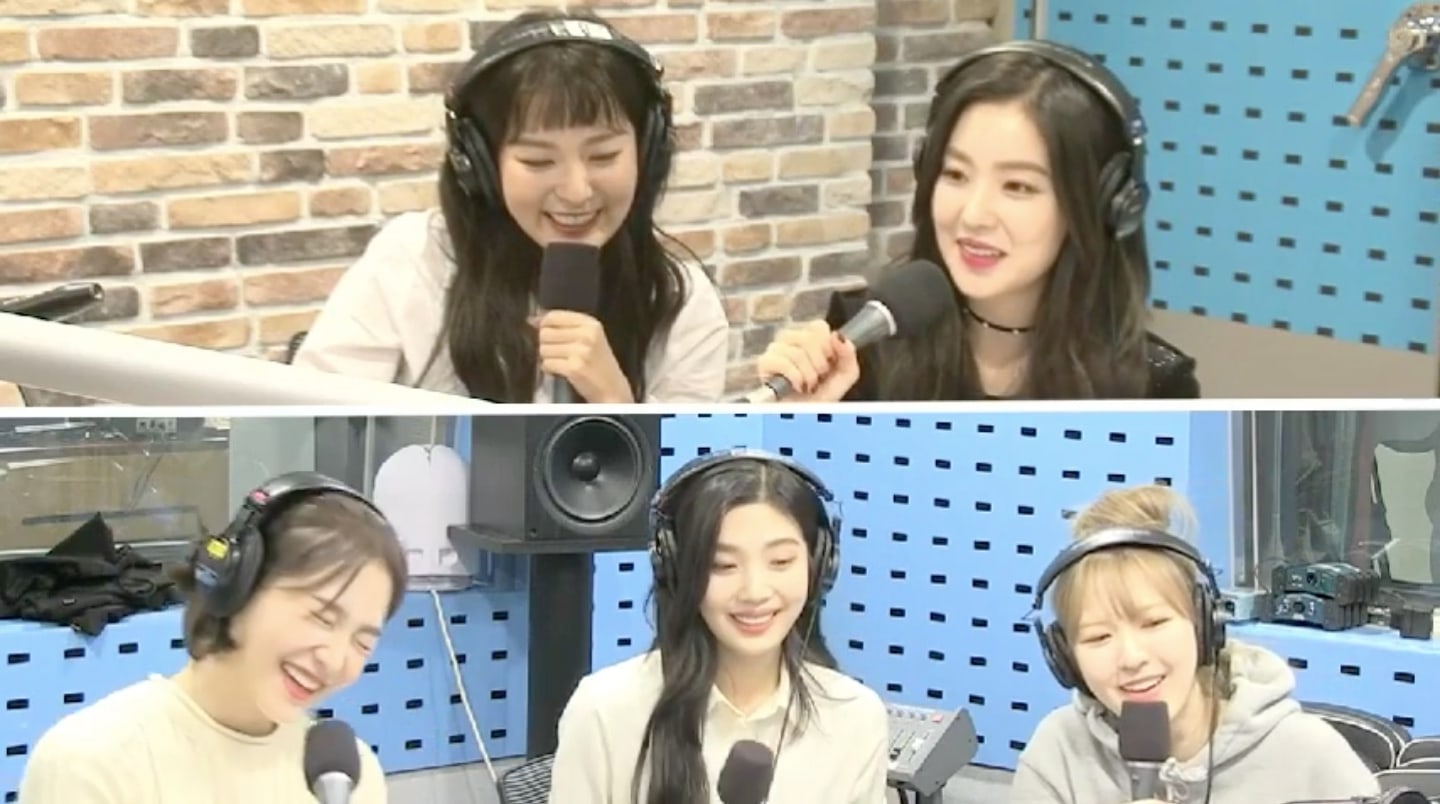 Seulgi went on to share labelmate Girls’ Generation member Taeyeon‘s comments on their two recent title tracks. Taeyeon, who recently served as the MC at Red Velvet’s comeback showcase, reportedly remarked, “‘Red Flavor’ is like a clear red, and ‘Peek-A-Boo’ is like a deep, dark red.” Seulgi explained that she thought Taeyeon had summed up their concepts perfectly, saying, “I think what she said is exactly right.”

Joy also responded to a question about the laughter in the second verse of “Peek-A-Boo,” clarifying that even though music shows zoom in on her at that part of the song, it isn’t her voice on the track. “It’s the voice that was originally on the demo,” she confirmed. “I did record [the laughing sound] as well, but my voice was too bright and cheerful. So although that version also existed, they changed it. Because this song has a bit of a horror vibe, I think they decided that that voice suited it more and switched it.”

She jokingly added, “I think of it as my voice and act like a witch onstage.” 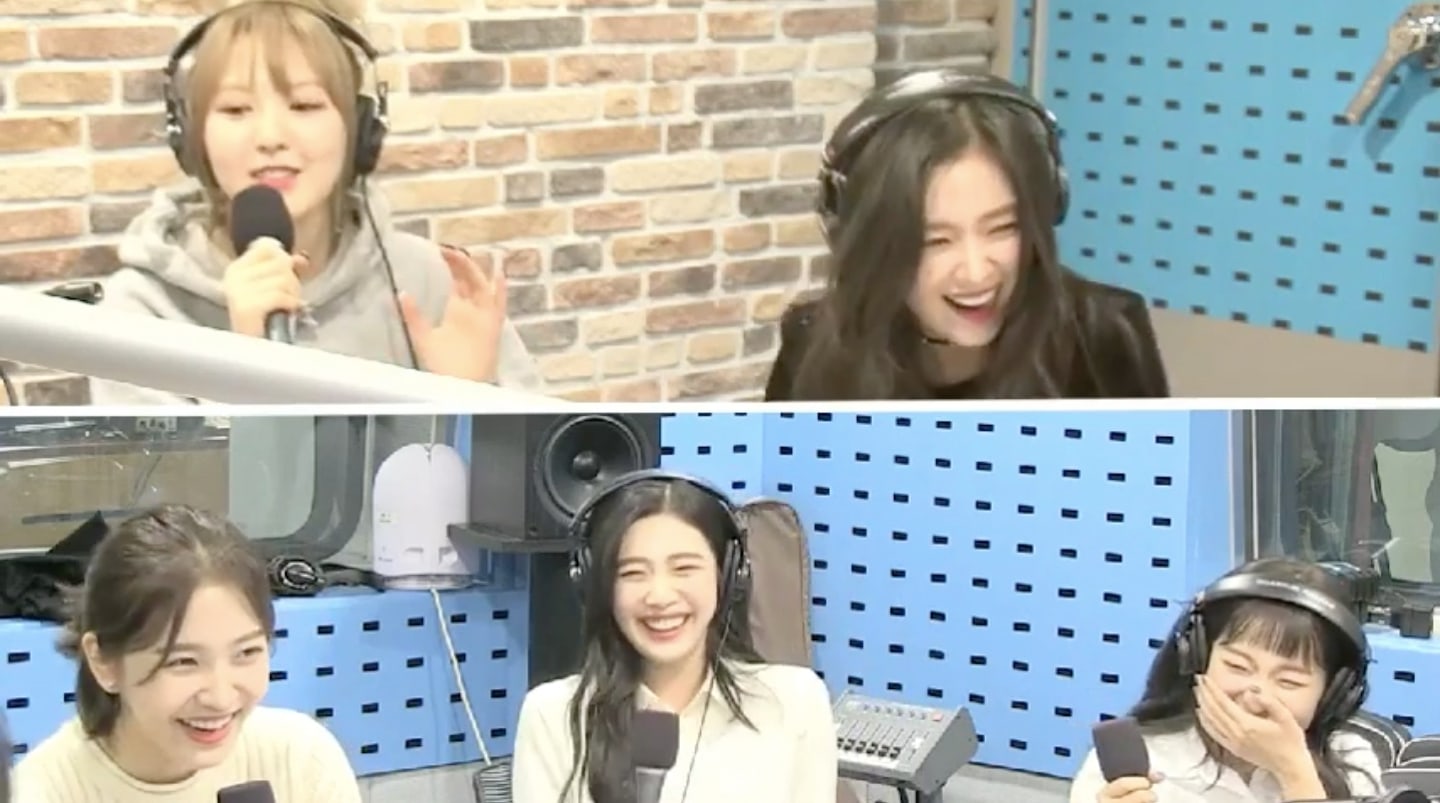 Red Velvet also talked about the music video for “Peek-A-Boo,” commenting, “It’s an open ending. You can imagine what happens next in different ways, depending on how you look at it.”

When asked about the other songs in their new album, all five members unanimously picked “Kingdom Come” as their favorite non-title track. “It’s a genre we haven’t tried before,” said Joy, “and the lyrics are really charming.”

What are your thoughts on Red Velvet’s new album?

Red Velvet
Girls' Generation
Taeyeon
How does this article make you feel?