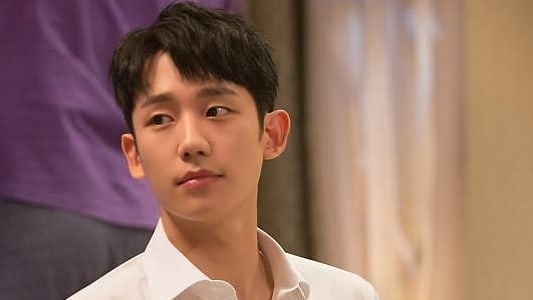 After stealing hearts as the adorable second lead in “While You Were Sleeping,” Jung Hae In is on the fast track to stardom. But even as he lines up his next projects, including the drama “Prison Playbook” and his first lead role in a film, the actor remains impressively humble and grounded.

Jung Hae In recently appeared in the SBS drama “While You Were Sleeping” as Han Woo Tak, a police officer in love with the female protagonist (played by Suzy). So many viewers fell in love with his character that he earned the nickname “Cause of Second Lead Syndrome.”

However, the 29-year-old actor recently said in an interview that he doesn’t believe his surge in popularity will last for long. “My current trend status? Popularity? I’m so grateful for such words, but to be honest, I know that it will fade soon,” he said laughingly. “I’m in no rush [to prove myself as an actor]. I want to take it slow, step by step, and travel down the right path.”

Jung Hae In surprised reporters with his humility even as he jumps quickly from one project to the next—the in-demand actor has been cast in the upcoming drama “Prison Playbook,” produced by Shin Won Ho of the famous “Reply” series, and he is also starring in the film “Conspiracy—Age of Rebellion,” which will be released on November 23. Notably, the film is his first leading role. 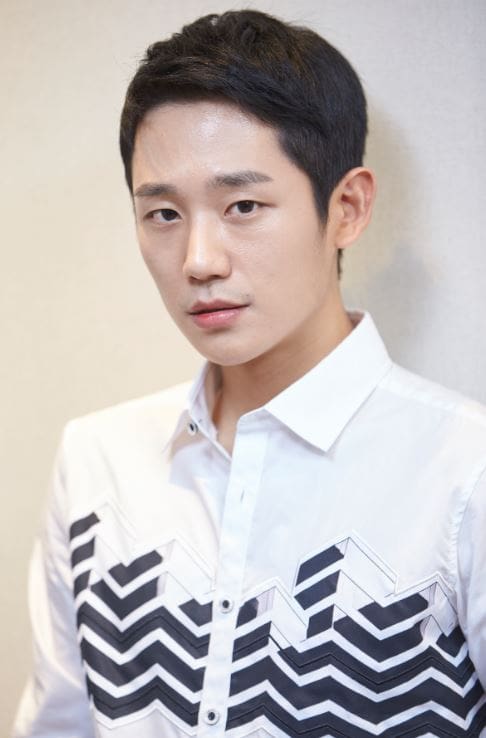 Speaking about his newfound fame, Jung Hae In commented, “I’m very grateful that people are taking an interest in me. I’m the type to often search for articles about myself and check the comments, so seeing that there a lot of people who responded positively makes me both happy and embarrassed.”

“However,” he went on, “the most important thing for me right now is to grow as an actor and experience many different things. Even if I have to go through some pain and suffering, I want to evolve properly.” The rising star named actors Shin Ha Kyun and Park Hae Il as two actors that he respected and wanted to emulate.

Although he debuted at a relatively late age for an actor, Jung Hae In has accomplished a great deal in a career of just three years. He remarked that he believed his late debut helped him as an actor, explaining, “I think I was able to start acting without feeling nervous or rushed [about my career] because I had already started so late. So I was free from worrying over whether a work [that I was in] would do well or not.”

He continued, “To be honest, I try not to be affected by whether my reviews are good or bad at the moment—I want to be steadfast and keep going no matter what. I think that’s necessary, in order to do this job for a long time.”

When asked how he felt about seeing other actors his age already established as stars, Jung Hae In said he wasn’t bothered by it. “I try not to ‘look up,'” he replied. “The further you ‘look down,’ the more you gain, and the more grateful you become for what you have. I’d like to continue my work with that attitude for a long time.”

tvN’s “Prison Playbook” will air its first episode on November 22 at 9:10 p.m. KST, while “Conspiracy—Age of Rebellion” will premiere the following day, on November 23.

In the meantime, if you haven’t seen it yet, check out the first episode of “While You Were Sleeping” below!

Jung Hae In
While You Were Sleeping
How does this article make you feel?