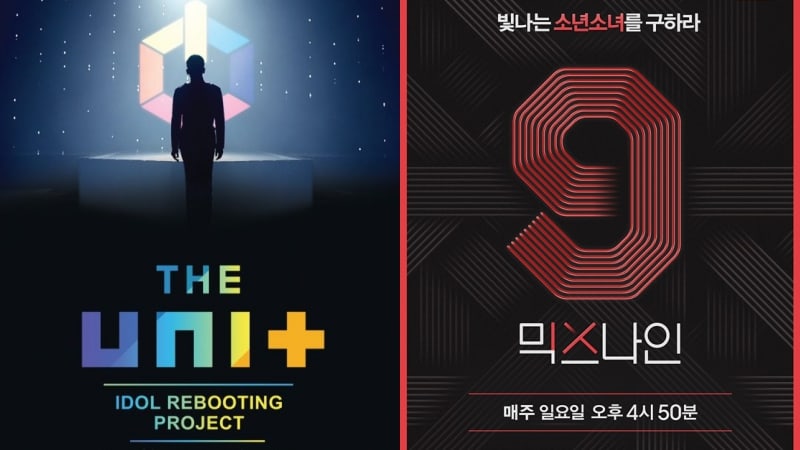 “The Unit” And “MIXNINE” Receive Different Responses Based On Controversies, Audience Treatment, And More

KBS2’s “The Unit” and JTBC’s “MIXNINE” both aired their first episodes during the last weekend of October. The two shows have been regarded as similar as they are both survival programs that present opportunities for contestants who have yet to grab the spotlight in the idol world. Due to their similar nature, the two shows have been compared to each other since their first episodes.

Amid mixed opinions about the skill level of contestants and the judging formats, it’s reported that “The Unit” appears to have taken the lead in terms of reviews. While it’s said that reviews seemed to lean towards “MIXNINE” in the beginning, “The Unit” is garnering more positive reviews while “MIXNINE” receives more criticism as the shows progress. Comments by “MIXNINE” judge and YG Entertainment founder Yang Hyun Suk have been controversial, and “MIXNINE” has not been able to match the excitement of Mnet’s “Produce 101,” despite its similarities.

“The Unit” has seen increasing ratings, recording 3.9 percent and 4.5 percent for its 7th and 8th episodes respectively, while “MIXNINE” has yet to get past the 1 percent range and is showing a downward trend.

The experiences of the audience members have also been very different. Summarizing the differences between the two shows, one user on an online community shared that “MIXNINE” did not seem to have a good environment as they did not provide snacks or restroom breaks for the audience, while “The Unit” did so and had friendly staff members.

Additionally, “MIXNINE” did not have voting machines for 500 of the 900 audience members, and therefore many were not able to vote. One user wrote, “They made us wait in the street and didn’t tell us when things were delayed, so I miss being an audience member on ‘The Unit’ where they gave us snacks and had kind staff members.” Fans have expressed dissatisfaction over the disparity in treatment of audience members and contestants as it was revealed that “MIXNINE” contestants were accommodated in a luxury hotel.

On the other hand, audience members at “The Unit” received snacks and were able to use the restrooms freely. The staff also communicated with them frequently, and let them know about delays in filming. The filming for the show’s auditions went beyond the time that public transportation runs, and so “The Unit” paid for audience members’ rides home. In consideration of these factors, some fans have expressed their desire to watch “The Unit” instead.

You can check out the latest episode of “The Unit” below!

The Unit
MIXNINE
How does this article make you feel?