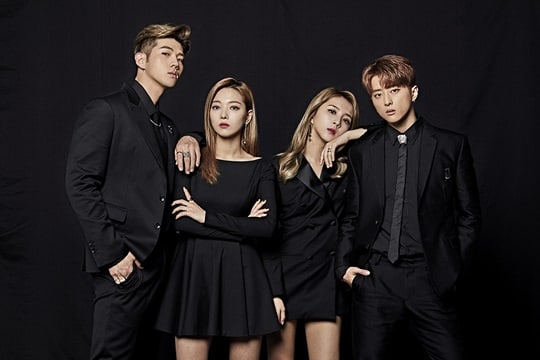 During the showcase for their new mini album “You & Me,” KARD talked about their international and domestic popularity.

The co-ed group officially debuted earlier this year and with the release of hits, such as “Hola Hola,” they gained immense popularity in foreign countries, such as those in South America and Europe. Although they have completed a world tour encompassing nine countries and 13 cities, their ongoing dream is to hold a solo concert in Korea.

Somin stated, “Although we held many performances overseas, we have yet to gather our fans in Korea and perform in front of them. I want to at least do a small [concert] in the style of a fan meeting.” J.Seph added, “I want to perform at the Sejong Center Chamber Hall.”

Regarding their popularity in Korea compared to their popularity overseas, Jiwoo said, “I’m very grateful we’re receiving interest from overseas. I’m not upset that [people are] less interested in us in Korea. I’m actually more grateful.” J.Seph added, “I think that’s our big homework. We’ll do our best and increase our domestic popularity.”

KARD will be promoting their title track “You In Me” on various music shows.