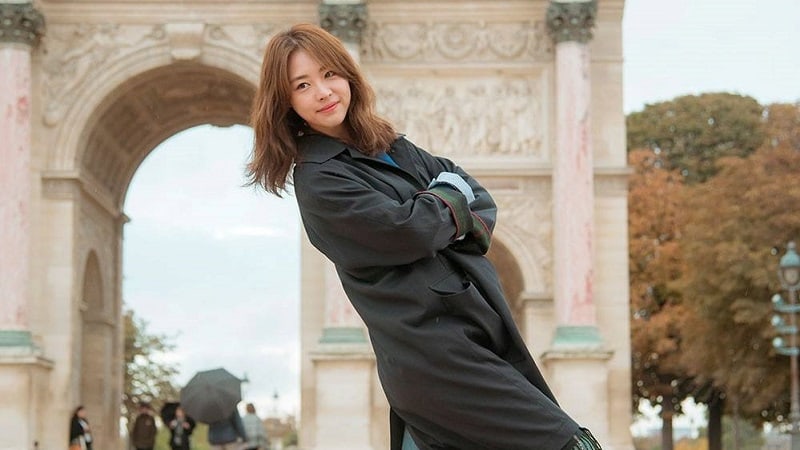 “The Package” was a fateful drama for actress Lee Yeon Hee. In a recent interview, Lee Yeon Hee shared that after seeing a package tour guide on her first solo trip, she thought to herself, “I want to play that kind of character someday.”

JTBC’s Friday-Saturday drama “The Package” followed the different stories of travelers who went to France for various reasons. Lee Yeon Hee played the role of Yoon So So, a tour guide who has been hurt by love and doesn’t open up easily. However, Yoon So So becomes romantically involved with the strange and accident-prone traveler San Ma Ru (played by Jung Yong Hwa).

While the ratings for “The Package” were disappointing, many viewers praised the high quality of the drama and its inclusion of various sights. Lee Yeon Hee, in particular, was complimented for her natural portrayal of Yoon So So, and was able to take another step forward as an actress.

When asked how she felt about the 2 percent viewer rating, Lee Yeon Hee replied, “While I’m not saying I wasn’t disappointed, I came to not dwell on [the ratings] as time went by.”

The actress continued, “There are people who loved our drama, and those fans would remark, ‘Why are the ratings for this drama so low?’ I didn’t think viewer ratings were important. I did wonder about the external conditions, such as how it would have been if our drama had aired a little earlier, but [the ratings] were not a huge concern, as I didn’t think the ratings were low because the production was bad.”

“The Package” aired its final episode on November 18. It will be followed by “Untouchable,” which stars Jin Goo, Kim Sung Kyun, and Go Jun Hee, and Jung Eun Ji.

Lee Yeon Hee
The Package
How does this article make you feel?