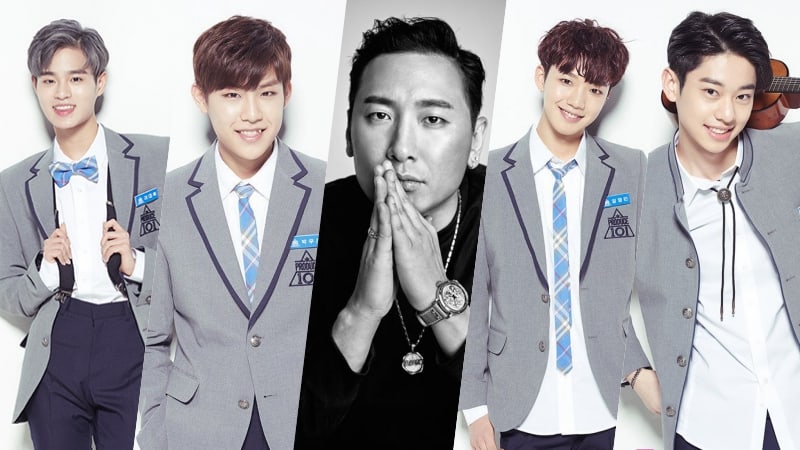 Wanna One’s Lee Dae Hwi had garnered a lot of attention during Mnet’s “Produce 101 Season 2” after he said, “My CEO said he would end me if I don’t get an A grade.”

Rhymer cleared up the situation, explaining, “I don’t remember saying that. I said [something] with the nuance of ‘You guys are representing Brand New Music so do well.’ I never said I would end them.” He continued, “In my opinion, Lee Dae Hwi has a good sense of how to be fun to watch. While watching the clip of Lee Dae Hwi, I thought, ‘Ah, that kid, he did well.” 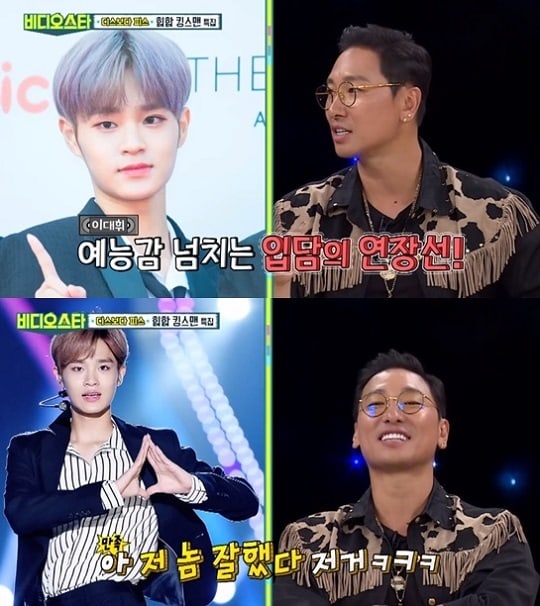 However, MXM said they heard Rhymer say, “I’m going to end you if you don’t get an A grade” directly themselves. Lim Young Min and Kim Dong Hyun shared, “What Rhymer said at the end is true, but what we’re saying is true as well. [Rhymer] seemed to think it was important because we were Brand New Music’s first idols, but he did say he was ‘going to end us.”

Rhymer remarked, “Did I really say that?” to which MXM replied that he had. In response, Rhymer apologized with a 90 degree bow, causing the audience to laugh. 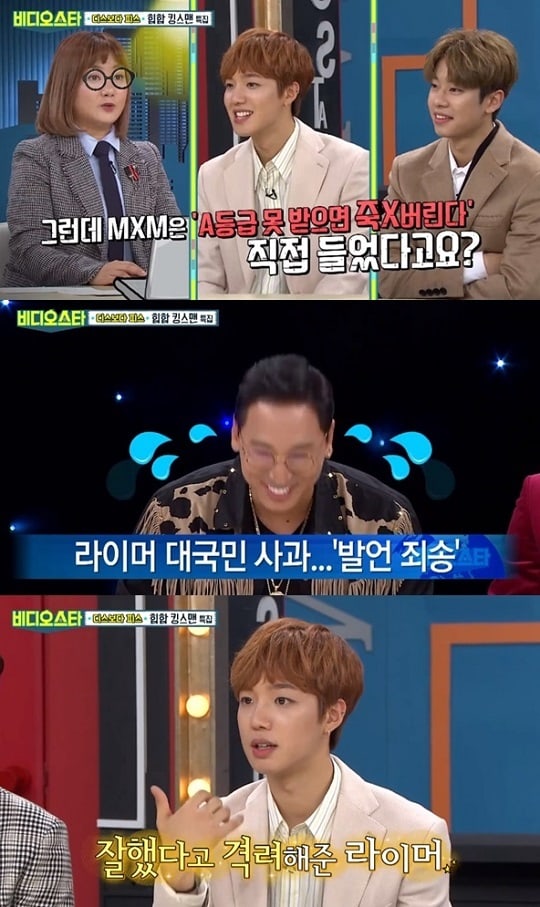 Finally, MXM said, “Truthfully, [Rhymer] said it as a joke. We went up in rankings thanks to him. While we said we were over because we weren’t able to receive A grades at the time of filming, Rhymer called us the next day to tell us we did a good job,” revealing the warm relationship between the them.