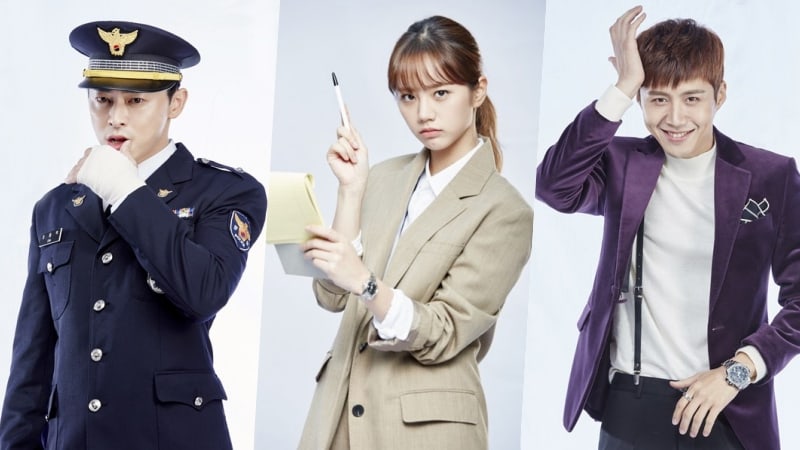 The first revealed poster shows Gong Su Chang (played by Kim Sun Ho), the troublemaker conman who takes over Cha Dong Tak’s body. Cha Dong Tak, who is now possessed by the conman spirit, looks into the camera intensely. The poster foreshadows the relationship between the two characters. 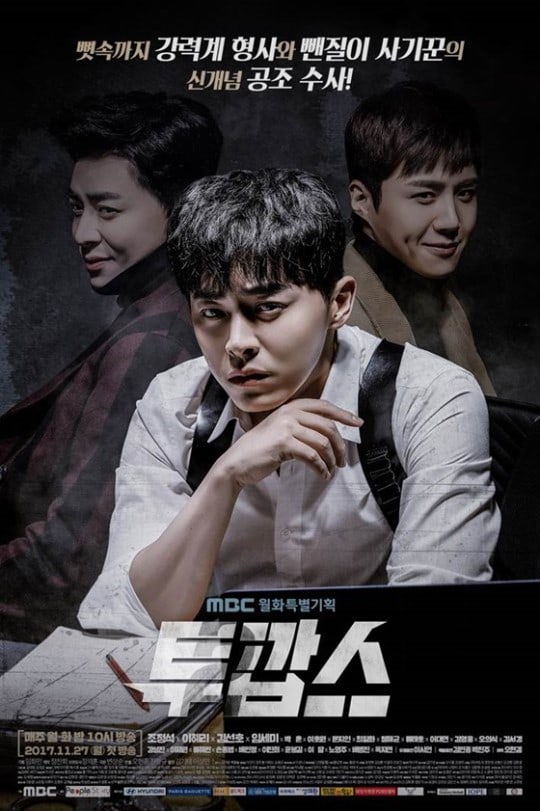 In the second poster, Jo Jung Suk and Kim Sun Ho wear suits, ready to capture the hearts of viewers, while Hyeri dons a daring black dress. The poster previews the links between the three actors’ characters, and the actors gaze in different directions as well, suggesting the romance in the drama may be a love triangle. 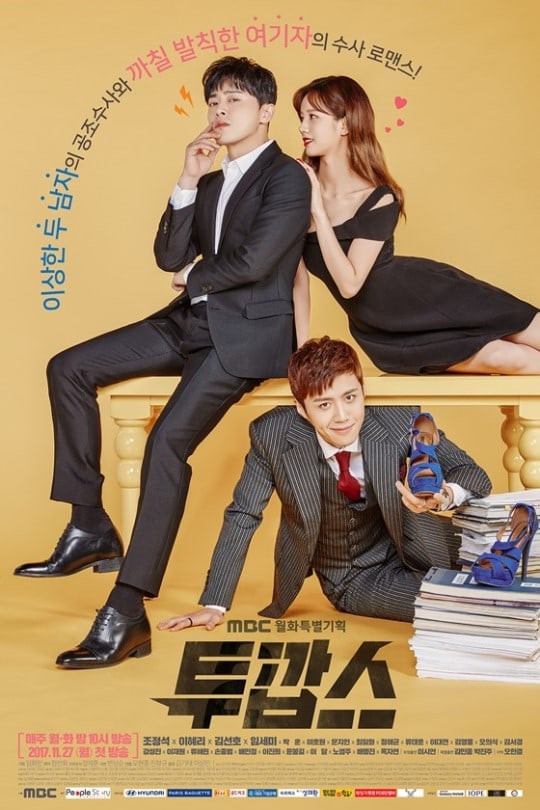 The drama also released the individual posters for the main characters. 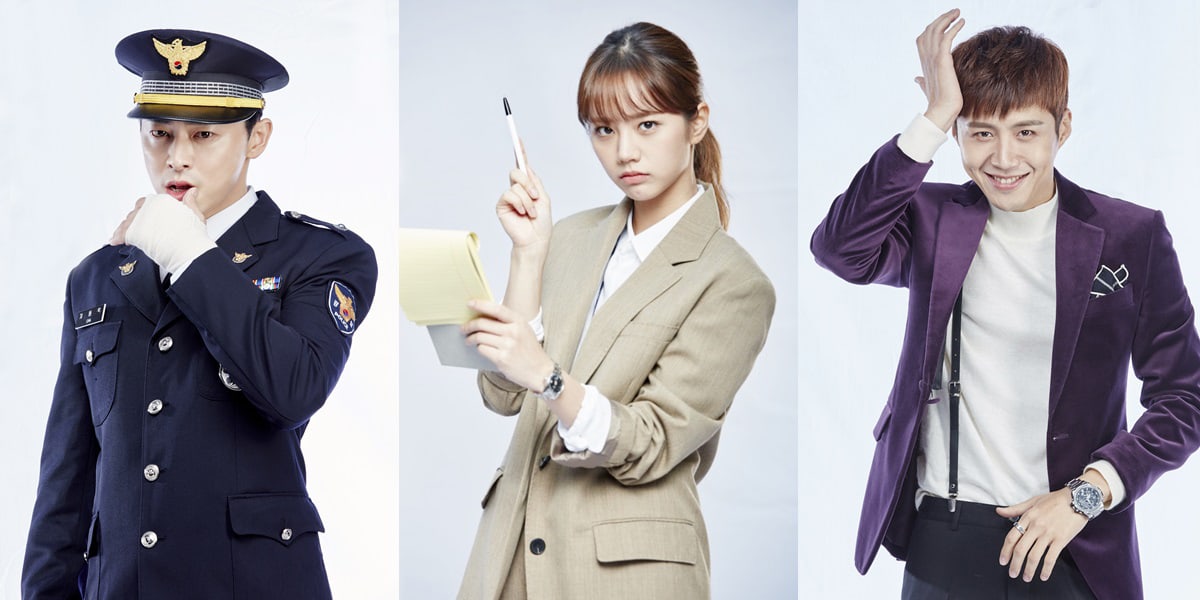 A lot of attention has been focused on Cha Dong Tak, Song Ji An, and Gong Su Chang, and the stories that will unravel between the three.

Many are curious about Jo Jung Suk and Kim Sun Ho, who end up occupying one body together after unexpected events, and try to solve the mystery behind their situation in their own ways. The two characters are said to bring a unique collaboration and thrilling catharsis that promise a new high-quality detective drama, further raising expectations.

In addition to the bromance between the two men trapped in one body, “Two Cops” includes the story of one woman who watches over the two, and is sure to capture the interest of both male and female viewers. As Hyeri gets intertwined with the two men, many fans are looking forward to the relationship between the three characters.