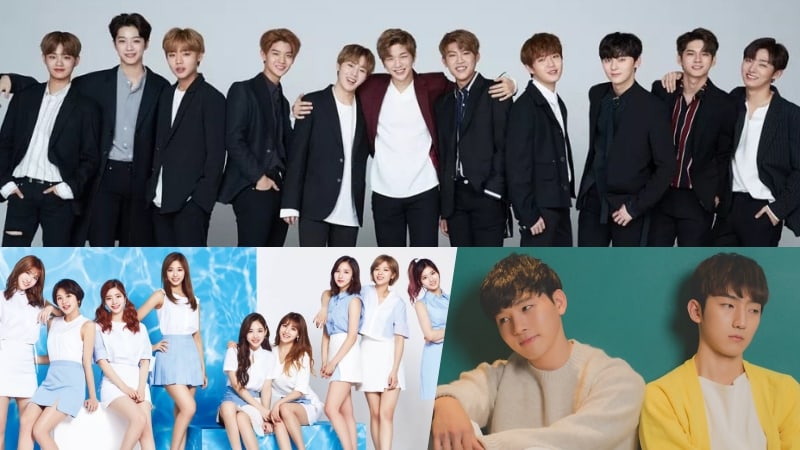 On November 23, Gaon revealed chart results for the week from November 12 through November 18. 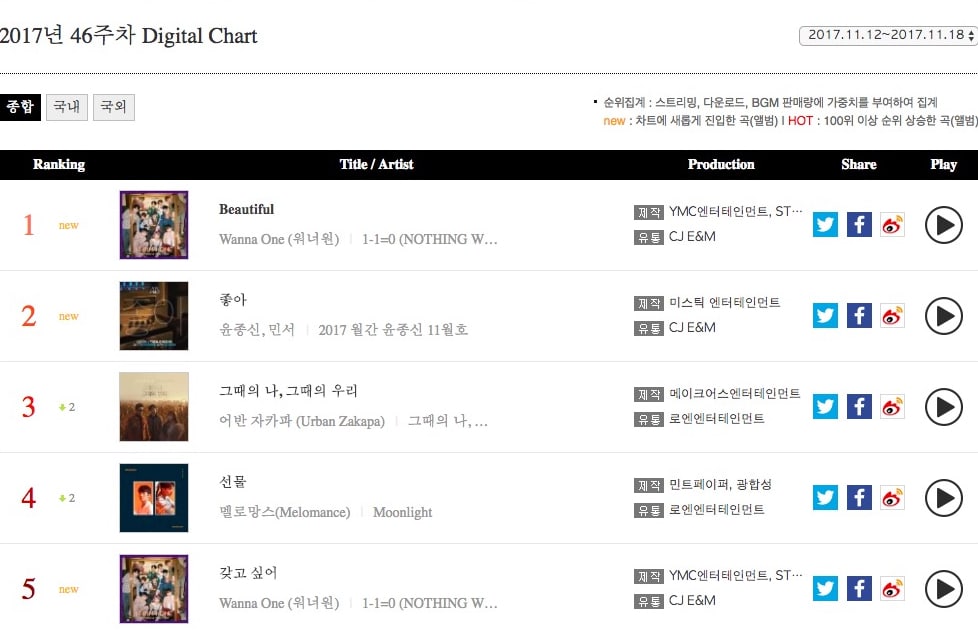 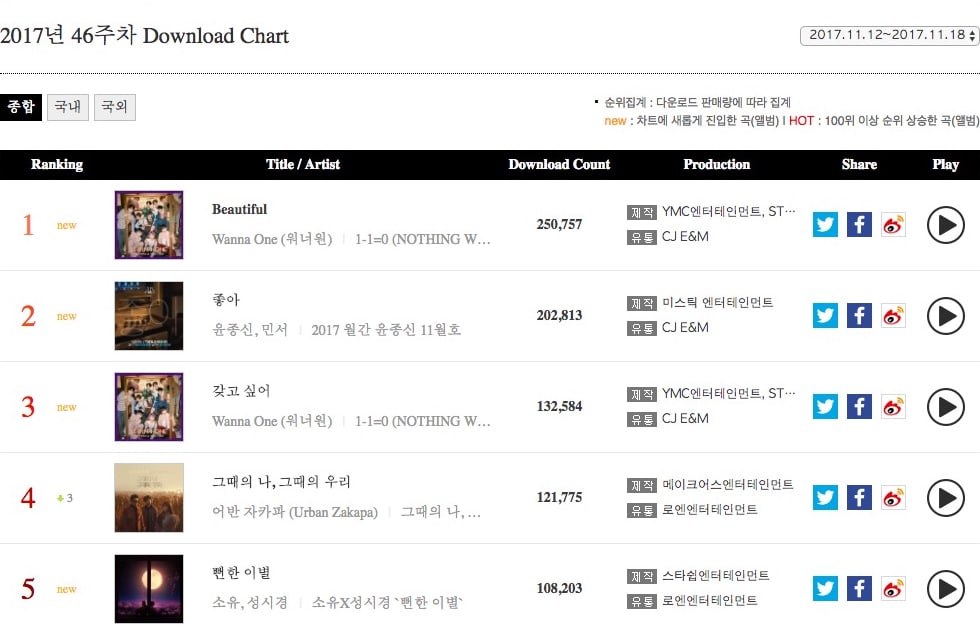 On the streaming chart, MeloMance’s “Gift” and TWICE’s “Likey” maintained their positions at first and third, respectively, while “When We Were Two” rose three spots to take second. 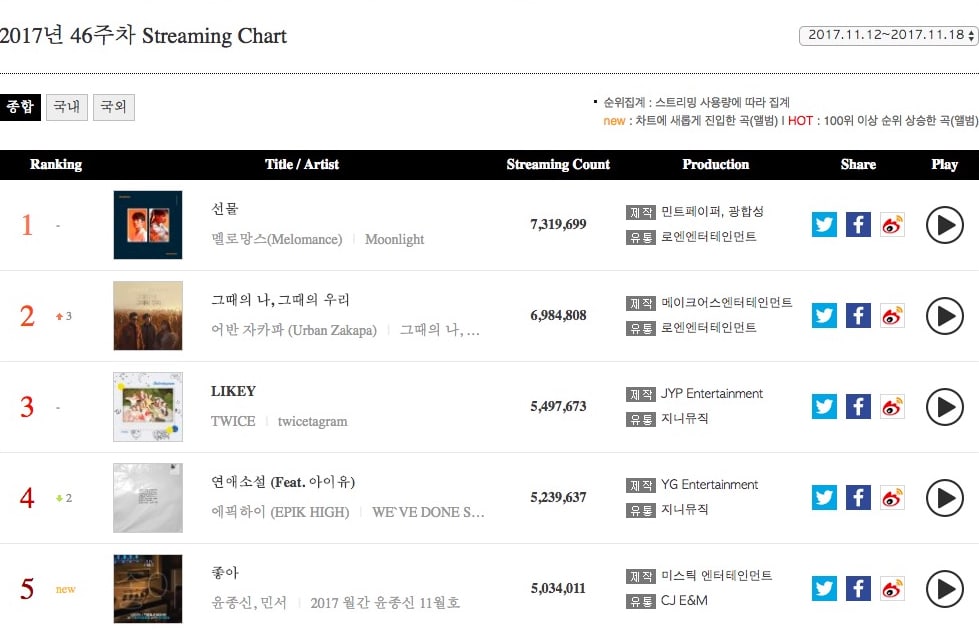 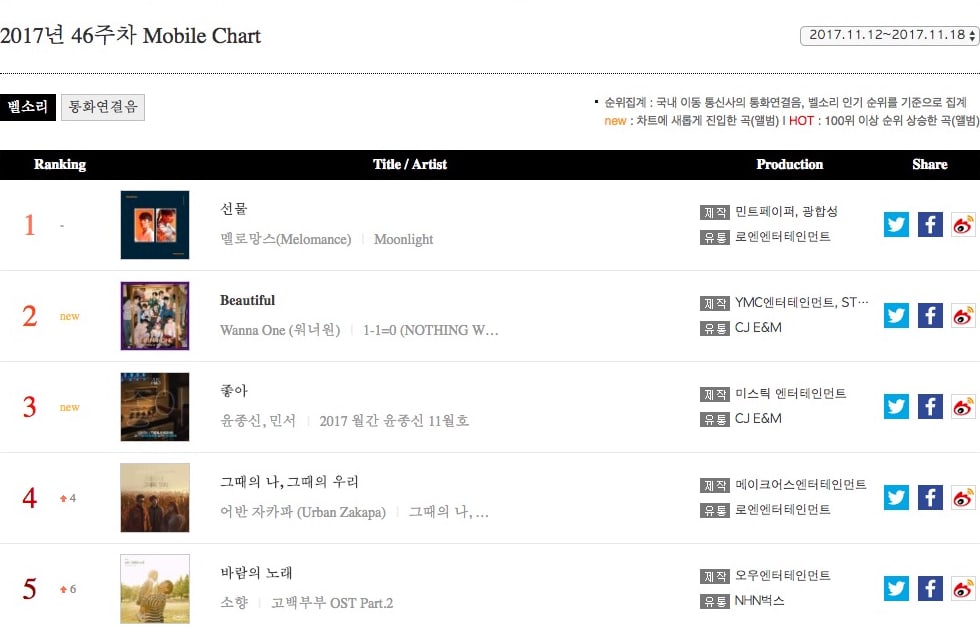 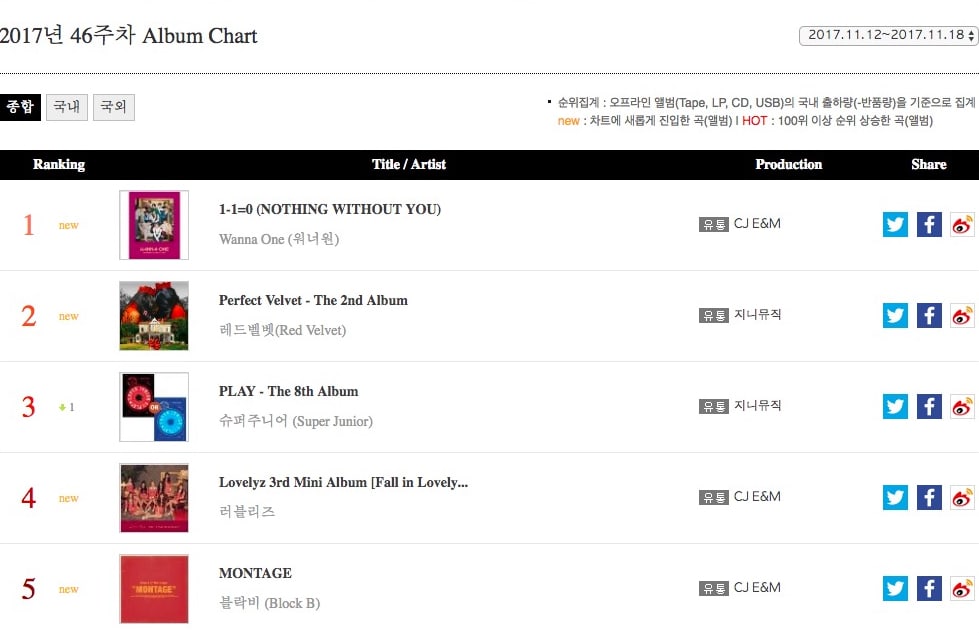 For the third consecutive week, TWICE remains first on the social chart, which is a result of data from YouTube, Twitter, and YinYueTai. BTS’s “DNA” took second, and Super Junior’s “Black Suit” took third. 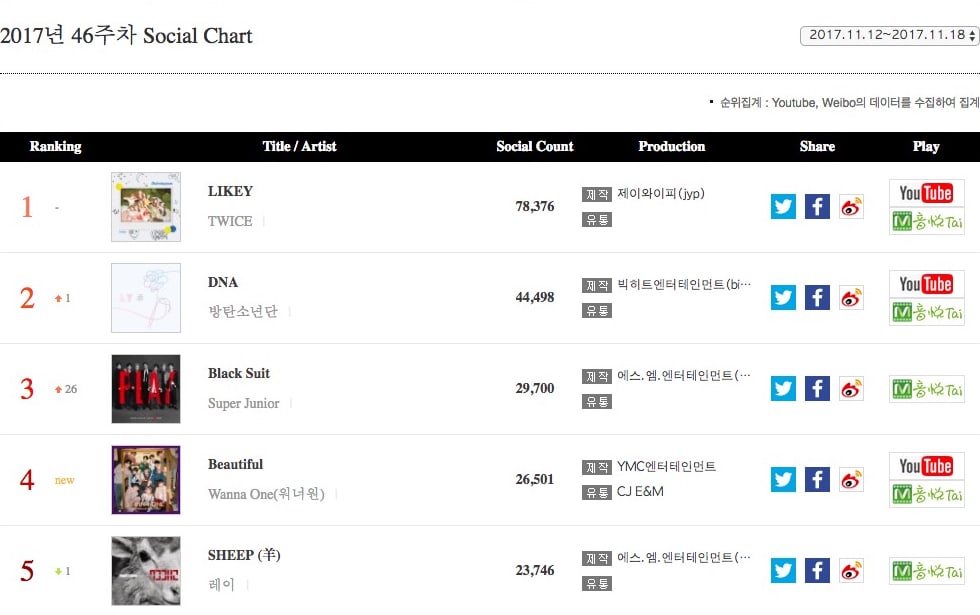 TWICE
Wanna One
MeloMance
How does this article make you feel?