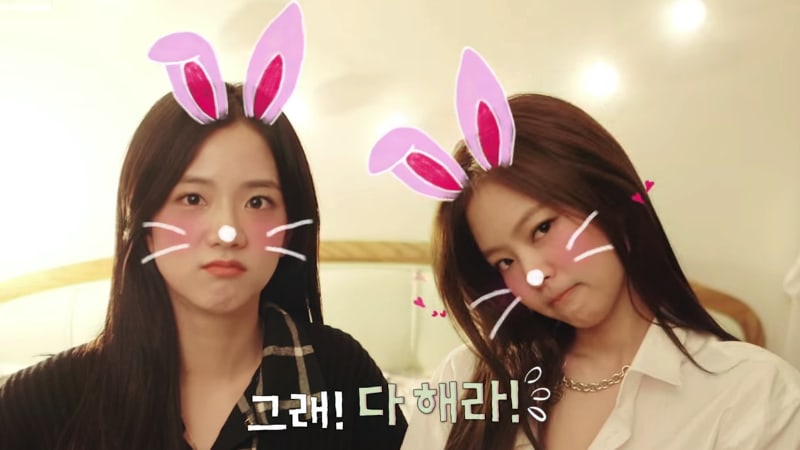 Watch: Jisoo And Jennie Give Sneak Peek Of “BLACKPINK House” In New Teaser For Reality Show

BLACKPINK has released another teaser for their first ever reality show “BLACKPINK TV”!

The clip shows Jisoo and Jennie parodying an adorable scene from a children’s TV show. Acting out the scene with dubbed voices, Jennie says, “If you don’t give it to me, I’ll get your clothes dirty,” to which Jisoo responds, “You’re a really bad kid, aren’t you?” Jennie exclaims, “You’re short!” and Jisoo snaps back, “Don’t speak informally to me!” Jennie repeats her remark using formal language and Jisoo says, “Are you kidding me? You think anything goes if you’re pretty?” “Yeah, anything goes because I’m pretty!” Jennie replies. “Fine, do whatever you want!” says Jisoo.

The teaser then shows the members getting ready to move into their new dorm “BLACKPINK House,” where they’ll be spending 100 days of vacation.

“BLACKPINK TV” will be airing sometime in mid-December. Check out the teaser below!

BLACKPINK
Jennie
Jisoo (BLACKPINK)
How does this article make you feel?