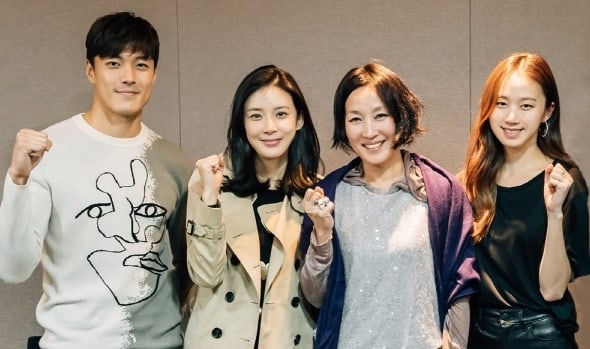 tvN’s upcoming drama “Mother” has officially marked the beginning of its production with pictures of its first script reading.

“Mother” is a remake of the 2010 Japanese drama of the same name. It tells the story of a woman who decides to become a mother for a girl suffering from abuse. The drama has been gaining attention due to its cast members including Lee Bo Young and Lee Hye Young.

“Mother” will be directed by Kim Chul Gyu, who previously worked on dramas such as “Hwang Jin Yi,” “On the Way to the Airport,” and “Chicago Typewriter.” Jung Seo Kyung, who is known for writing the movie “The Handmaiden,” is in charge of the script.

The first script reading for “Mother” was held on November 1. Lee Bo Young, Heo Yool, Lee Hye Young, Go Sung Hee, Lee Jae Yoon, as well as the director and the writer were present. About four hours flew by as the cast focused on reading their lines.

Lee Bo Young plays the role of Soo Jin, a temporary teacher at an elementary school who attempts to become a mother for Hye Na. She embraced the concept of maternal love in her acting, shifting the tone of her voice according to the scene. “I had to choose this drama because I’m a ‘mother’,” Lee Bo Young said.

Casting Hye Na, the abused child who is more mature than she needs to be, reportedly required the deepest contemplation. In the end, Heo Yool was chosen for the part. During the script reading, the child actress read out her lines in a calm, soft voice that made everyone agree that she was the best choice for the role of Hye Na.

Lee Hye Young played the part of a beautiful and charismatic actress Young Shin, a woman in her 60s who had raised three daughters by herself. Soo Jin (played by Lee Bo Young) is one of her daughters. 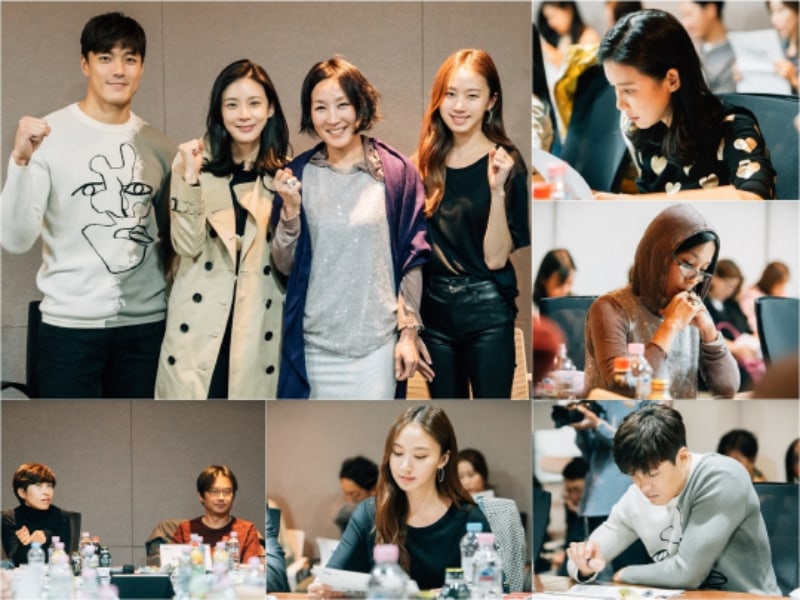 Go Sung Hee and Lee Jae Yoon also showcased great acting skills as they read their lines. Even though it was her first time playing the role of a mother, Sung Hee perfectly embodied Hye Na’s biological mother Ja Young with her hysterical voice and facial expressions. Ja Young is a selfish character who puts the quality of her life over her daughter’s. Lee Jae Yoon plays the role of doctor Jin Hong and will function as a sort of benefactor for Soo Jin and Hye Na.

After the script reading was over, producing director Kim Chul Gyu said, “I think it’ll be hard filming in the cold winter, but I hope ‘Mother’ will provide heartwarming comfort.” He added that the drama will tell a touching story without any complicated techniques.

The production staff of “Mother” shared, “The scene of the script reading was a perfect combination of the cast’s passion and acting skills, director Kim Chul Gyu’s trendy directing, and writer Jung Seo Kyung’s emotional scripts.”

“Mother” is set to premiere in January.