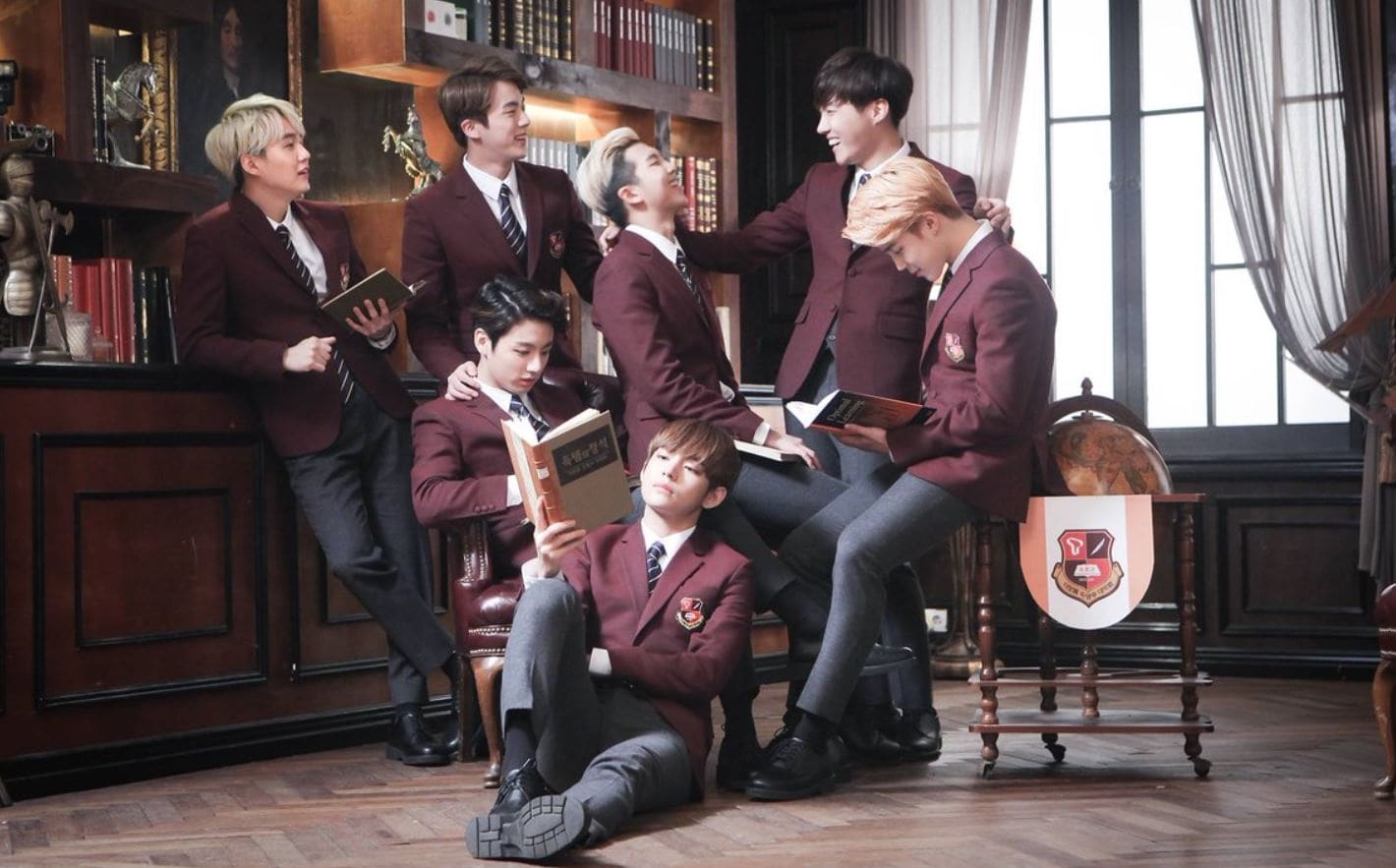 English Expressions That Will Always Remind Us Of BTS

You know you’ve been spending too much time watching BTS videos when you realize that you use some of their iconic English lines and expressions on a daily basis. While you probably won’t go around telling everyone that they got no jams, hearing the word “worldwide” will always remind you of a certain handsome boy with extremely wide shoulders.

Here are some memorable words and expressions from the greatest BTS “English speaking times” that should be in the dictionary of every ARMY!

English lessons with Namjoon must be very entertaining! Jungkook was an excellent student, even repeating the leader’s gestures and intonation.

We all wish we could be as creative at finding synonyms for saliva, as J-Hope did with dirty water!

You got no jams!

Undoubtedly one of the most iconic BTS lines ever! Even Taehyung did his own dubsmash version of it.

It’s still a mystery how Yoongi heard infires instead of inspires, but the way Jungkook just goes along with it is simply adorable. And can we mention how eagerly RM and Jin try to correct the mistake?

Please, just send Seokjin to a spelling bee! He could easily win every competition with his enthusiasm.

Remember that time Jin took on the challenge of eating wasabi and Jungkook gave us a really excited reaction? One of the most emblematic moments of Eat Jin up to this day.

J-Hope’s encounter with a huge snake left some scary memories with him, and he did everything in his power to show us how he felt about that reptile.

Jin has every right to be confident about his looks, and it’s good to see he realized the whole world acknowledges his beauty. Oh, and according to Jimin, he’s also worldwide shoulders now!

Jungkook’s translation of his lines in “We Are Bulletproof pt. II.” will forever be funny.

Why would you ever need an interpreter when you’ve got RM in the house?

American Hustle Life provided us tons of hilarious English sentences from BTS, and Hobi’s “I’m very loser” was among the most relatable ones without a doubt.

Taehyung even had a description for turn up, apparently it means “Let’s go party!”.

Here’s Seokjin’s number one advice if you want to get a hot date in the U.S.: ask them if they know how to say hello in your mother tongue!

Jimin’s “excuse me” is probably the cutest thing we’ve ever heard, and it’s impossible to get tired from it, so let’s put this video on repeat for eternity!

How to reject photo requests abroad: an example by Jung Hoseok.

Revolution, Evolution, Drop in the ocean

Jin’s acrostic poem is literally a masterpiece we should cherish!

Every time you’re under a lot of pressure, just listen to Jungkook’s wise words!

This conversation between V and Jimin will never ever grow old.

Yoongi, always the smooth charmer… He’s rich, he’s got expensive glasses, and he would give us his chains for three dollars only. What else do we need?

That’s probably what our non K-pop fan friends say when we start to talk about our favorites again. But then again, how could we not adore these seven lovable boys?

ARMY, what are your favorite iconic English expressions from the boys? Tell us in the comments below!