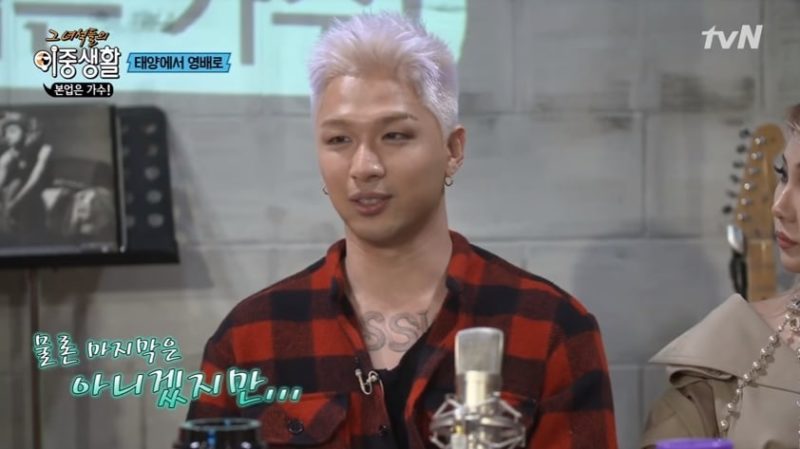 Taeyang Opens Up About His Concerns And Affection For BIGBANG

On November 23, BIGBANG’s Taeyang appeared on tvN’s variety show “Livin’ the Double Life,” where he talked about his worries and love for his group.

During the show, Taeyang shared how he was worried about going on a long hiatus while in the army. He said, “I always have similar worries with every album release, and while it might never be ‘the end,’ it feels like I’m going to hold my ‘last’ performance [soon] because I have a long hiatus awaiting me…I wonder if it will still be possible for me to release albums and perform on stage after I come back from the army.” Defconn, one of the hosts of the show, was surprised that Taeyang would have such a concern. Jung Hyung Don, another host, commented, “I think everyone, including idols, are worried about their future.”

In another part of the show, Taeyang discussed the songs that he and the other members would perform during their latest dome tour in Japan. He expressed his desire to sing less group songs at the concerts because the four of them were not complete without T.O.P.

Taeyang added, “I feel a bit conflicted about [this concert] doing well, because it’s just us four.” Then he sighed and said, “What can we do? We’re done now.” He looked lost in thought as he wondered how he was going to prepare his last good-bye before his enlistment to his Japanese fans. 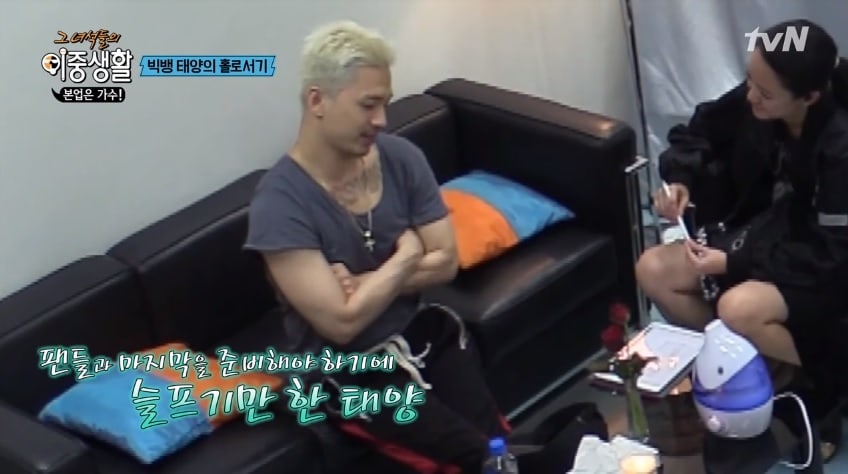 Taeyang, who was in Thailand for a solo concert when a part of this episode was filmed, also reminisced about the last time he came there two years ago. This time, however, he was alone, and he couldn’t help but express how much he missed his members. He said, “To be honest, I always miss them. Even during this interview, I miss them.”

Taeyang even changed hotels to the one where he and his members had stayed two years ago. He explained, “The performance team booked a different hotel. However, I really liked the times I spent with my members during the MADE Tour at [a different] hotel, so I changed hotels.” 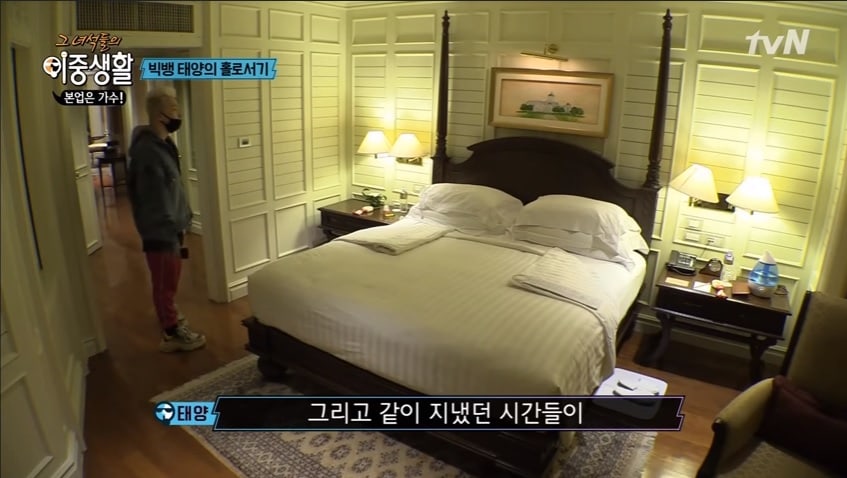 BIGBANG
Taeyang
Livin' the Double Life
How does this article make you feel?