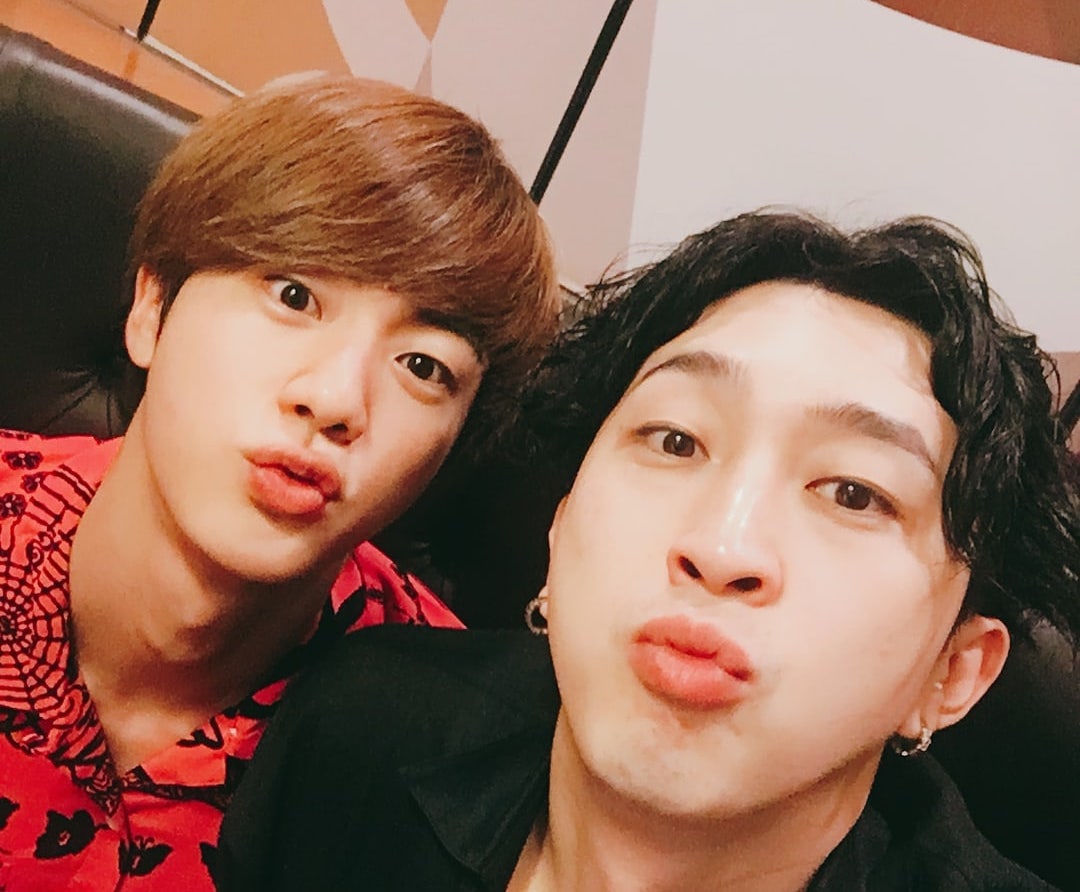 Rapper Sleepy has shared some cute messages that he received from his “Law of the Jungle” friend Jin of BTS.

The pair became friends while they went through both fun and hard times together while filming in Kota Manado for the travel reality show, and their season aired earlier this year.

On November 23, Sleepy posted to Instagram with a shot of some messages from Jin, as well as a funny photo of the pair of them from filming, when they were stuck on a platform in the ocean and trying to catch raindrops in their mouths.

Jin wrote in his messages, “Today I had a dream where I was going to the jungle. I miss you, bro.” Sleepy laughed in reply and said, “Let’s go to the jungle together.”

BTS
Sleepy
Jin
How does this article make you feel?