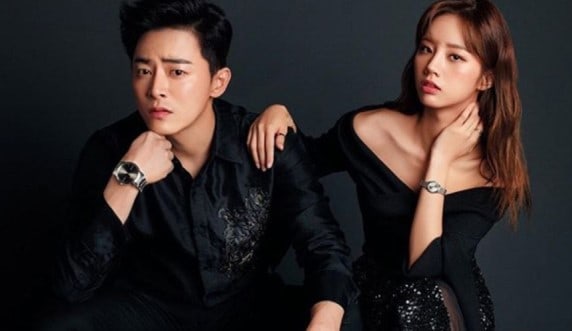 Jo Jung Suk commented, “When we first got casted, I did think about the age gap. I felt a bit worried and pressured as well. But every project I take on, I think about the characters and the chemistry [more].” He also joked, “Nowadays, I also hear that I look pretty young, so I’m happy and I hope that I do appear that way.”

Hyeri stated, “I was also worried since I’m also told that I look pretty young. But then I met Jo Jung Suk for the first time and he looked so young. So, I don’t think I was worried at all [afterwards]. We kept talking both during and outside of [filming] and were able to get closer, and so I think the chemistry became better. ”