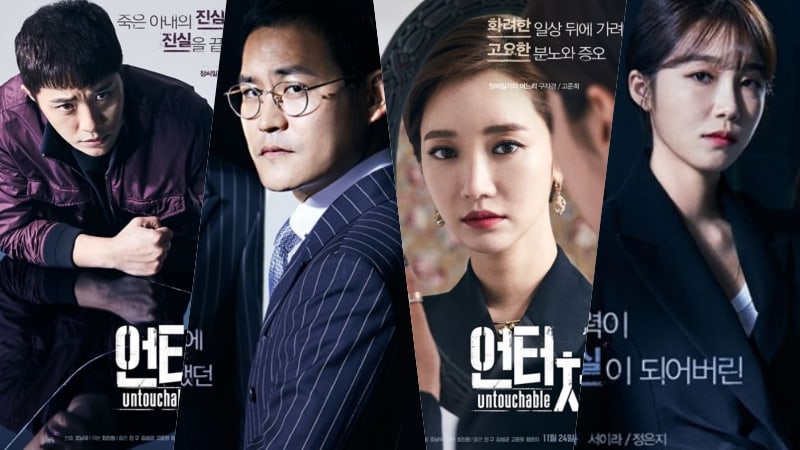 3 Reasons To Check Out “Untouchable”

JTBC’s upcoming drama “Untouchable” will be airing its first episode on November 24. An action-packed drama about two brothers and their conflict as the younger investigates his wife’s mysterious death, many are anticipating the drama’s premiere. Here are three reasons to check out the drama.

The drama will follow two brothers Jang Jun Seo (played by Jin Goo) and Jang Gi Seo (played by Kim Sung Kyun) and the very different lives they lead. Jang Jun Seo, the younger, has always received his father’s love but made the decision to become an officer of the law as a detective. Jang Gi Seo, the elder, isn’t liked by his father but is in charge of the family business.

Jin Goo exudes charisma as he plays the Jang family’s son and portrays white-hot anger at the loss of his wife as well as the struggle with his family. Kim Sung Kyun will play a larger-than-life villain who only became evil in order to survive. The two will portray the lives of brothers who split paths in the face of power.

The incredible fast pace of the plot

With the first episode beginning with the death of Jun Seo’s wife Yoon Jung Hye (played by Kyung Soo Jin), the drama will quickly unravel one secret at a time. The plot will progress at a fast pace, conveying the story of the two brothers as well as the characters surrounding them.

“Untouchable” will air its first episode on November 24 at 11 p.m. KST.

Soompi Spotlight
Untouchable
How does this article make you feel?