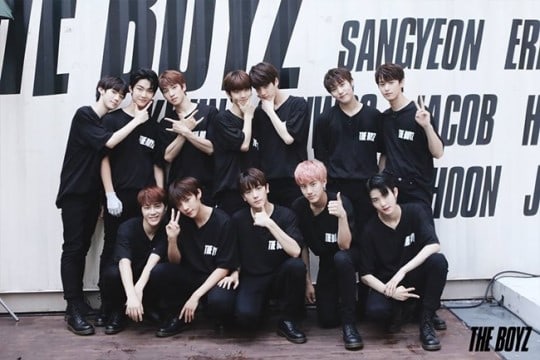 The Boyz is set to greet fans on their official debut date with a showcase!

Cre.ker Entertainment revealed on November 24 that The Boyz will hold a debut showcase on December 6 that will seat 4,000 people. The 12-member boy group is set to wow fans with performances of tracks from their debut mini album “The First,” which will also be released on the same day. It will be an opportunity for The Boyz to give back to their fans who have been waiting for their debut.

It’s rare for a new boy group to hold such a large-scale showcase of 4,000 seats, but The Boyz has been steadily building up a fanbase through various events and activities that have attracted thousands of fans to each venue. After their reality show “Flower Snack,” the group held a fan meeting that sold out in a minute, proving just how popular the group already is.

Tickets for the debut showcase will go on sale on November 30 at noon KST on Melon Ticket, with official fan club members being able to buy tickets earlier on November 28. The Boyz will also be donating a portion of their ticket sales to help those in need.