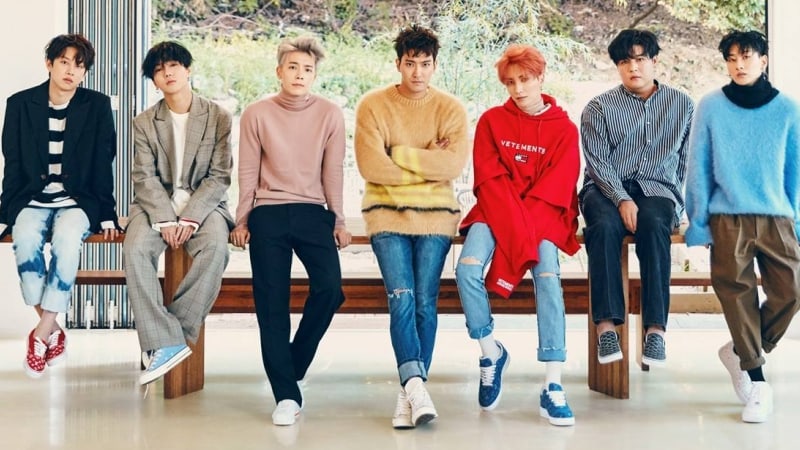 Super Junior Talks About Their Plans For The Future

After recently making a comeback on their 12th anniversary with the new album “PLAY,” Super Junior has talked about what they have in store.

Super Junior’s Leeteuk, Eunhyuk, and Shindong recently sat down for an interview, and one of the questions was about their future plans.

Leeteuk replied, “Hmm… I’m thinking about activities in 2019 right now.” He added with a laugh, “Since that’s when Ryeowook and Kyuhyun will finish their military life and come back. The members will have to get together soon and properly talk about our plans for next year.”

Eunhyuk said, “For now I’m thinking about our activities from successfully finishing up ‘Super Show 7’ to our world tour. We’re thinking about probably continuing our activities overseas next year. We’re also preparing a Super Junior repackage album. Since we’re going to be trying more new things with our plans related to this, please look forward to it.”

During the interview, Leeteuk also said that one of his goals is to be the first Korean idol to become a news announcer. He explained, “I’m not saying I want to be a proper main news announcer, but you could think of it as me wanting to do a news segment that covers a lot of different fields, like the concept of ‘Weekend Update’ on tvN’s ‘SNL Korea.'”

He continued, “In Japan, idol group members do segments where they announce the news on morning shows. To be honest, ‘the news’ has an image of something old-fashioned that only adults watch, but I want to make it comfortable and fun for teenagers and people in their 20s to watch.”

Super Junior also recently announced that they will be releasing a new “PAUSE Version” of their “PLAY” album, which will feature a CD only track by Super Junior-KRY (Kyuhyun, Ryeowook, and Yesung) entitled “Shadowless.” The new version is due out on November 28.