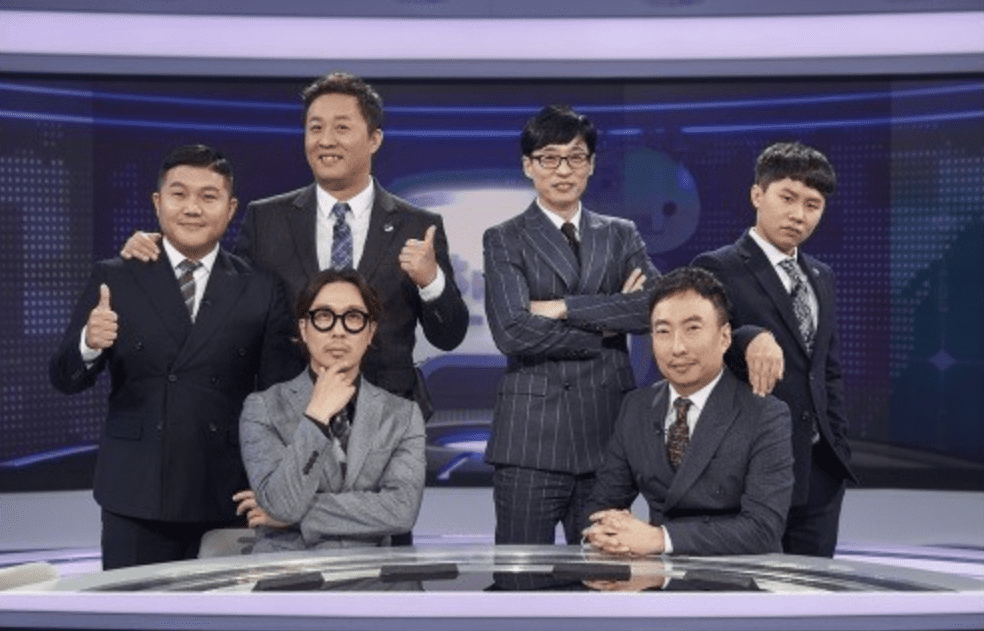 After twelve long weeks, “Infinite Challenge” is finally returning to the small screen!

The show recently released stills of their upcoming episode, including pictures from their first segment “Infinite News,” shot at the MBC News Center, their filming at the National Assembly, and the Pyeongchang 2018 Olympics torch relay.

In the “Infinite News” segment, the cast will update the viewers on the events that took place during their long-running hiatus as a result of the MBC strike. According to the production staff, Yoo Jae Suk reprised his role as the main anchor for this segment and made everyone sweat with his sharp reporting. Variety star Jo Se Ho also appeared on this segment as a guest.

The new episode of “Infinite Challenge” will air on November 25. Check out the last episode of the show below!