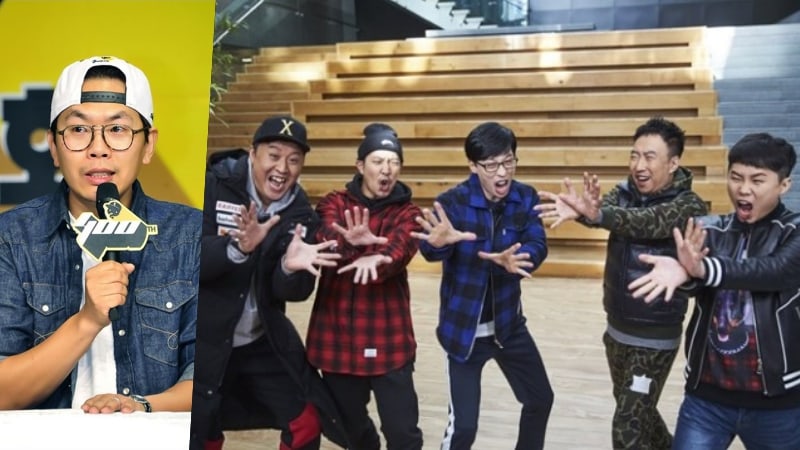 Commenting on how people aren’t aware they’re coming back, PD Kim Tae Ho said, “We had to suddenly prepare [for a broadcast] because we didn’t have anything set aside initially. We are resuming broadcasts, but I think it will take a while for us to find our identity again.”

“‘Infinite Challenge has always been a give-and-take with our viewers. We always communicate with our viewers and plan accordingly, but we were cut off for two months, weren’t we? It happened before [in 2010], but it takes a long time to find our footing again. There are other programs that can invite guests and kick off immediately, but we have to raise our program back up with our cast’s ideas while also keeping in mind their health,” Kim Tae Ho elaborated. He also shared what it was like reuniting with the regular cast, commenting, “After filming yesterday, it seems the cast members are slowly finding themselves again. We have to slowly improve from here.”

“Infinite Challenge” will be airing an “Infinite News” segment for their first broadcast in three months in order to update viewers. The cast has reportedly already filmed a new mission that involves them rafting down the length of the Han River as well.

PD Kim Tae Ho explained, “A summary of what we have been doing up until now will air first. As for the rafting [mission], there are some things we have prepared but haven’t filmed yet, so it is still ongoing.” He also hinted that during their recording on November 23, they took on “a timeless subject.”

Since the longstanding program has consistently brought in high viewership ratings over the past 10 years, the PD was also asked about what he expected to reach during their upcoming broadcast. In 2017, the program usually marked around 10 percent in viewership ratings every episode, with the lowest recorded rating being 8 percent.

Kim Tae Ho surprisingly answered, “It appears that there are too many people who don’t actually know that we’re airing today. I’m thinking that we will record viewership ratings around 5 percent. We will start over and increase [our ratings] again.”

“Infinite Challenge” will be returning on November 25 KST, and will continue to air every Saturday.