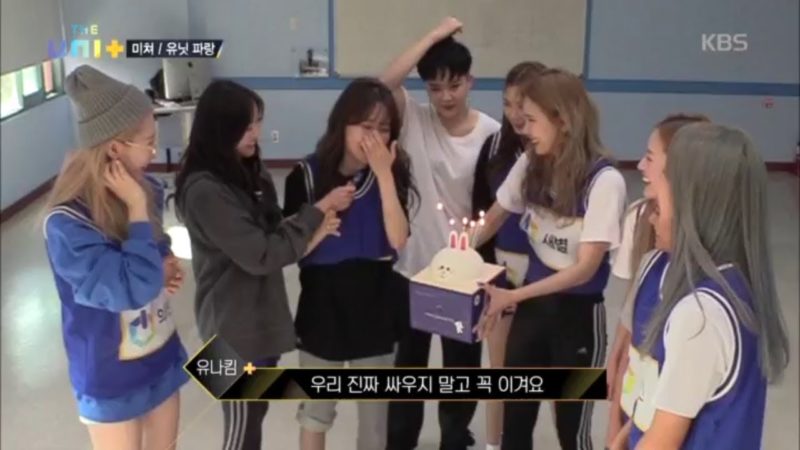 Watch: “The Unit” Contestants Surprise Euna Kim For Her Birthday With A Hidden Camera Prank

On the November 25 episode of “The Unit,” the female blue unit did a hidden camera on Euna Kim to surprise her for her birthday!

During the show, the female blue unit was practicing 4Minute’s “Crazy” and dividing up the parts when a disagreement occurred. Euna Kim’s position seemed to be causing a disruption in the choreography, causing Wassup’s Nari to voice her complaints. In turn, Dal Shabet’s Serri told her, “Don’t create a mood like this.” Eventually, Nari stormed out of the room in the middle of practice, causing discomfort to the rest of the girls, especially Euna Kim. 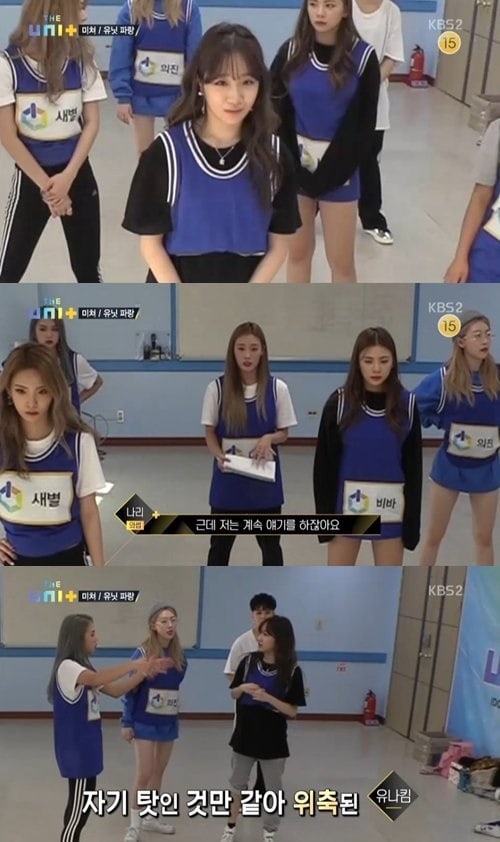 Euna Kim couldn’t help but start to feel like everything was her fault. In the middle of discussing the problem, the door burst open and Nari came back inside. She sounded angry, but a smile suddenly appeared on her face. Then Nari burst into laughter as she claimed, “It’s Euna’s birthday!” The girls started to sing “Happy Birthday” and jump around the room in excitement.

Euna Kim, who was both flustered and happy, thanked the girls and said, “Let’s not fight, and let’s make sure to win.” 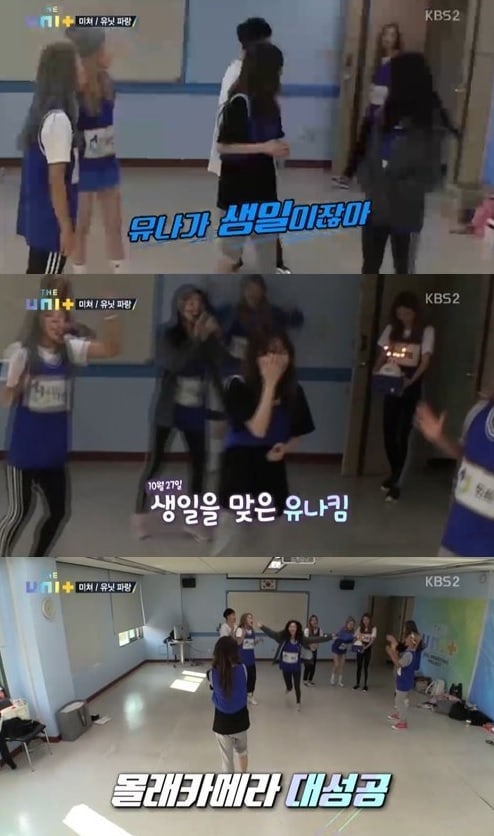 Check out the tense but sweet prank below!

Make sure to check out the latest episode of “The Unit” as well!

Euna Kim
The Unit
How does this article make you feel?