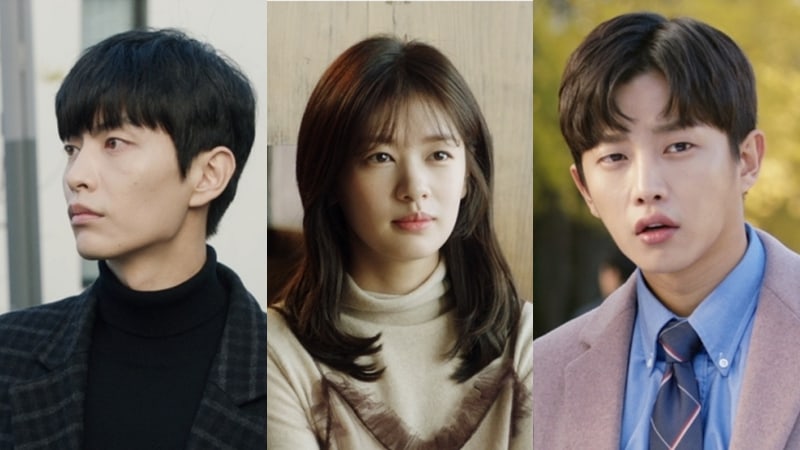 tvN’s “Because This Is My First Life” has been portraying the love story of this generation’s youths realistically with different types of couples and relationships. Other than the dating culture, the drama is known to be easy to relate to since it addresses various subjects such as the loneliness of living by yourself in Seoul, the pain of being homeless, and generational conflicts.

One of the biggest things “Because This Is My First Life” is praised for, however, is the cast members’ great acting that breathed life into each character. Here are the six couples who will be very hard to say goodbye to next week.

Jung So Min spoke of the sorrows of not having your own house through the character of Ji Ho. She led the beginning of the drama by showing Ji Ho’s efforts and the failures that followed. Jung So Min has been successfully depicting the process of healing old scars and falling in new love as Ji Ho meets Se Hee.

Lee Min Ki played the role of Se Hee, a man who shut himself off from society after experiencing painful love. He acted out the gradual change of Se Hee’s character after meeting Ji Ho and received praise for the rare moments where he appeared strong and protective.

Lee Som and Park Byung Eun have become an inseparable couple after days of bickering. They both succeeded in embodying their characters with Lee Som playing Soo Ji, a woman who looks cold but is actually down-to-earth. Park Byung Eun’s character Sang Goo appears very manly but transformed into being very caring and thoughtful for Soo Ji. As Sang Goo gives comfort and courage to Soo Ji, they are filling each other’s gaps and becoming a well-matched couple.

Ho Rang and Won Suk, played by Kim Ga Eun and Kim Min Suk, are one of the most realistic couples in the drama. While Kim Ga Eun showed off the bright, adorable character dreaming of a happy marriage in her own way, Kim Min Suk played a man torn between his success and his future with his girlfriend.

The two were especially praised for their sincere crying scene at the moment of their break up.

“Because This Is My First Life” airs its final episodes on November 27 and 28 at 9:30 p.m. KST. Begin watching the drama below!

Jung So Min
Kim Ga Eun
Kim Min Seok
Lee Min Ki
Lee Som
Park Byung Eun
Because This Is My First Life
How does this article make you feel?