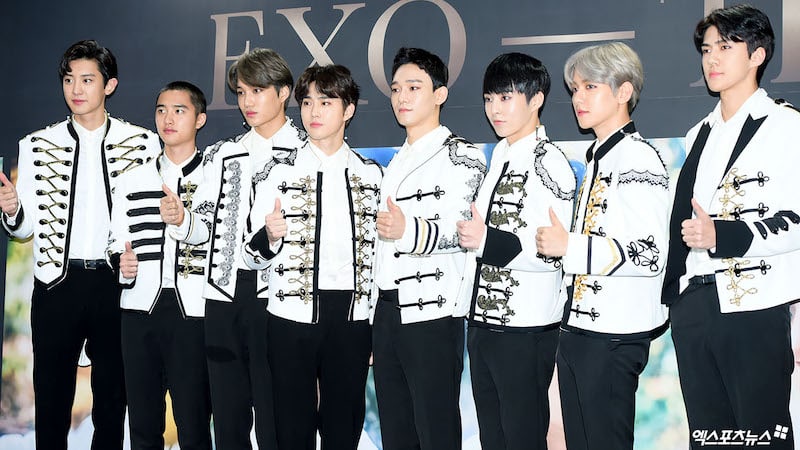 EXO Reveals Their Future Goal As A Group

EXO has revealed a goal for the future during their press conference for concert “EXO PLANET #4 – The EℓyXiOn.”

Leader Suho began with, “We always feel burdened in terms of records and awards. When we go on stage, we feel a combination of burden, responsibility, and pride.”

When asked what future goals are for EXO, he continued, “Our goal for all nine of us, including Lay who is not here with us today, is not to focus on records or awards, and to become artists who are together and loved by our fans for a long time.”

See Also: EXO Talks About BTS And Wanna One During Concert Press Conference

Suho also commented on his solo performance of “Playboy” during the concert, saying, “I [focused on] the lyrics and the story within [the song].”

Chanyeol, Kai, and Sehun opened up about their own respective solo stages during the press conference as well.

Meanwhile, EXO will be releasing a winter special album next month.