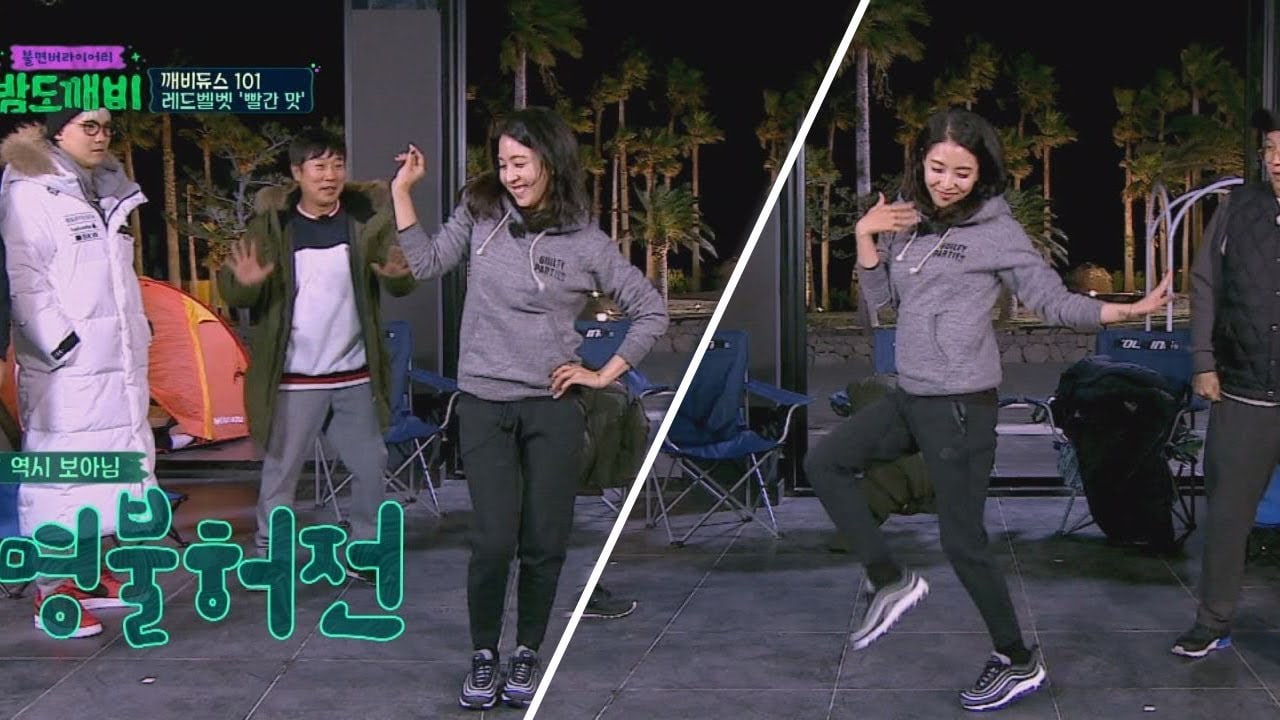 BoA showed off her dancing skills while having fun with the cast of “Night Goblin” in the latest episode of the JTBC variety show.

Getting hit with water after losing a game has become a staple of the show, and to celebrate BoA’s guest appearance, the cast decided to shake things up by holding their own “Goblin-duce 101,” a parody of Mnet’s “Produce 101 Season 2.” The mission was to learn choreography from BoA and the member who was the worst at emulating the dance would get a bucket of water thrown on them.

BoA decided to teach them a portion of Red Velvet’s “Red Flavor,” which she had performed at the talent show that was held during SM Entertainment’s Halloween party. She first showed them the dance she would teach them, and the cast members looked on in awe as she performed the routine.

After getting a quick lesson from BoA on the dance, each cast member performed what they’d learned, introducing themselves like they were trainees at an audition.

Despite initially being worried that he couldn’t keep up, FTISLAND’s Lee Hong Ki came in at first place as BoA applauded him for his passion and dedication to the routine, staying on beat even when he didn’t know the moves. He also won her over with his humor as he introduced himself as, “I’m Lee Hong Ki, who really wants to move from FNC to SM.”

Second place went to NU’EST W’s JR, who wowed with his perfect replication of the choreography. BoA expressed her high expectations for him before his performance as she said, “You are my favorite mentee,” and when he was done, she praised him and said, “As expected from a ‘Produce 101 Season 2’ trainee.”

Jung Hyung Don, Park Sung Kwang, and Chun Jung Myung took third to fifth place, with Lee Soo Geun coming in at last place and being chosen as the member to get splashed with water by BoA.