Home shopping host Lee Min Woung, who appeared with Super Junior on their extremely popular home shopping gig, shared the story of how he got to work with the group.

The episode of MBC’s “Section TV” that aired on November 26 met with Lee Min Woung to talk about his work with Super Junior. It all began when the group promised to appear on a home shopping channel if their new album “Play” sold over 200,000 copies. Hearing this, Lee Min Woong took to Instagram and was the one to ask Super Junior’s Kim Heechul to appear on his program if the group met their goal. 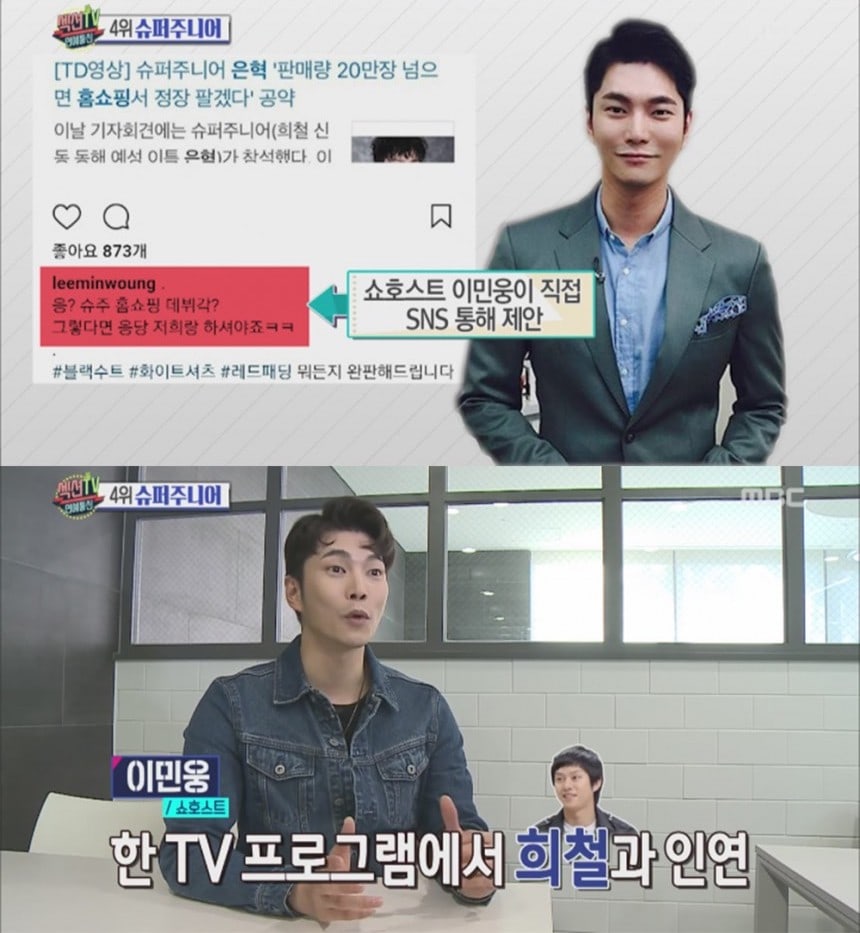 He revealed, “I’d worked with Kim Heechul before, so I told him that it would be nice for Super Junior to appear on our program if they were going to fulfill their promise. We had 20,000 jackets to sell and he first said, ‘Do you think we can really sell that many? Won’t it be so embarrassing if we can’t sell them all?'”

Kim Heechul had nothing to worry about though as Super Junior completely sold out all jackets that were on sale, which was the equivalent of 2 billion won (approximately $1.84 million) in sales. The broadcast began at 10:45 p.m. KST on November 20 and lasted for 50 minutes, and their appearance was praised for being energetic and engaging.

Lee Min Woung concluded by proudly saying, “Our ratings for Super Junior’s appearance was two percent. I’ve been working as a home shopping host for 10 years, and I’ve never seen ratings that high before.”

Editor’s Note: Error in conversion to dollars has been fixed.