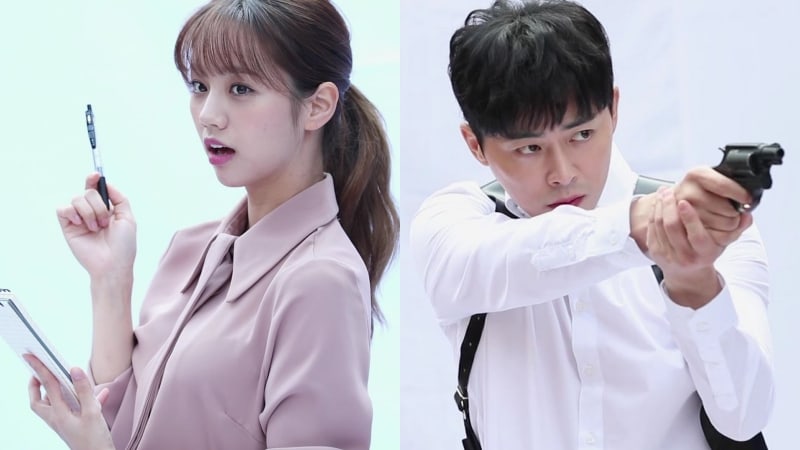 Along with his role as a homicide detective, Jo Jung Suk also has to play another character at the same time, as the soul of a con man enters his character’s body.

When asked about the hardest part of playing two characters, Jo Jung Suk answered, “The hardest part is the amount of footage. I have to film many action scenes.” The actor is currently doing all of his stunts in the drama without using a stuntman. 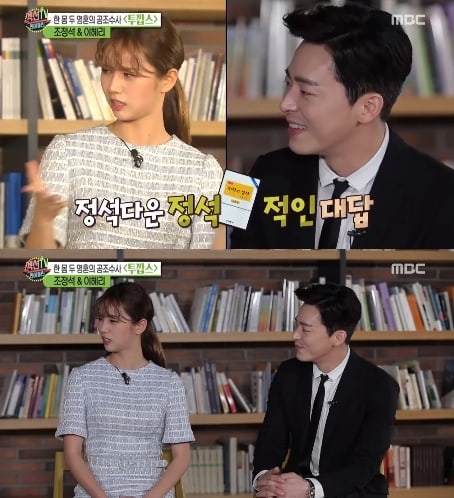 Hyeri added, “I watched when he was filming the action scenes and thought he was wearing a wire because he jumped up so high!”

During the interview, Jo Jung Suk showed off his impersonation of Hyeri’s aegyo (cuteness) and how he uses it to create a fun atmosphere while filming on set. Hyeri also revealed that she met with a local news reporter in order to better portray one in the drama. Jo Jung Suk praised her efforts and said, “Hyeri is really good at acting. When you watch the drama, you’ll know what I mean.”

Jo Jung Suk and Hyeri also talked about their chemistry, as “Two Cops” features a romantic comedy storyline. To rate their on-screen romance chemistry, Hyeri gave a score of 99 while Jo Jung Suk one-upped it to a perfect score of 100.