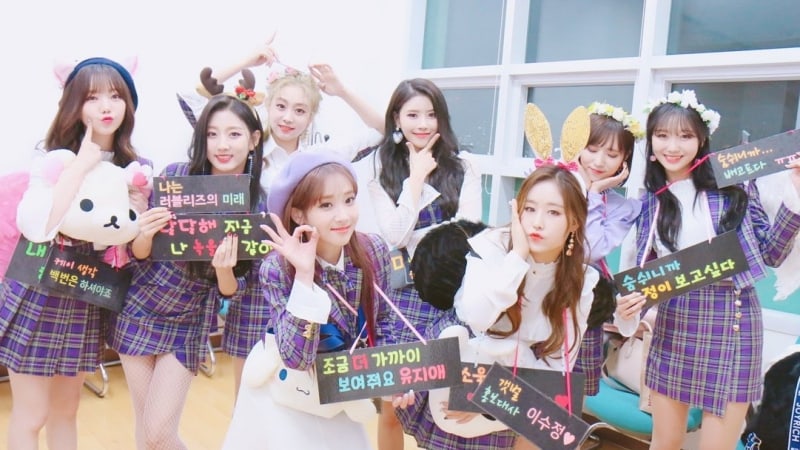 Woollim Entertainment has issued a formal apology for the behavior of one of Lovelyz’s managers at a recent fan signing event.

On November 26, a Lovelyz fan posted a complaint online about his treatment at a fan signing event earlier that day. The fan explained that he had glared at one of the group’s managers for rushing him during his brief time with his bias. According to the fan, the manager then called him into the bathroom and locked the door before questioning him about his behavior. The fan’s claim that the manager had used informal language (a sign of disrespect in Korea when used with strangers) quickly became controversial.

The next day, Woollim Entertainment posted a public apology on Lovelyz’s official fancafe.

The agency wrote, “We apologize for the unpleasant incident involving the manager who was present at the fan signing event on November 26, 2017 for Lovelyz’s album release. We apologize to everyone who was hurt by the manager’s words to the fan. The manager in question has acknowledged that he is to blame in every respect and will be taking full responsibility.”

The message went on, “We will be taking steps within our company to ensure that this kind of incident never happens again. We will become more humble, and we will do everything in our power to move forward with a relationship of respect and trust [with the fans].”

Lovelyz
Woollim Entertainment
How does this article make you feel?