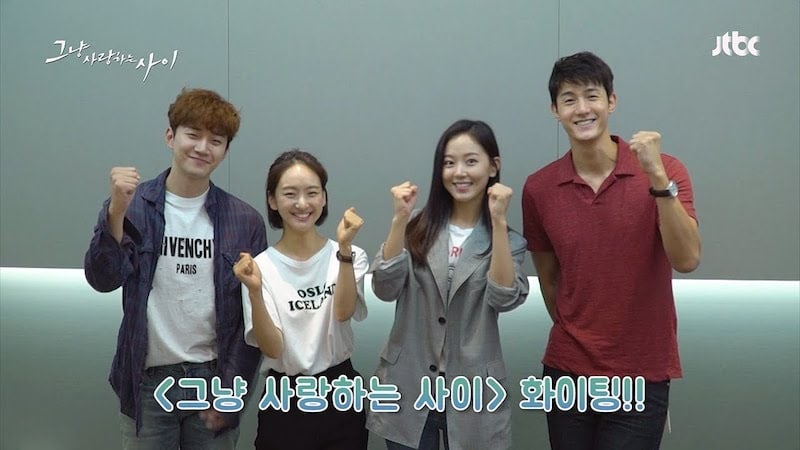 JTBC’s upcoming melodrama “Just Between Lovers” has shared a video of the cast’s first script read-through.

Set to premiere on December 11, the drama tells the story of a scarred young man and a strong woman who fall in love as they help each other overcome their pain. The four main characters are played by 2PM’s Junho, Won Jin Ah, Lee Ki Woo, and Kang Han Na.

In the video, cast members, the writer, and the director are all gathered in a conference room to introduce themselves and read through the scripts for the first time. The meeting began with each person standing up and sharing their feelings about joining the drama. The drama’s writer said jokingly, “Because this is a drama about comforting people who were emotionally hurt, I’ll make it my goal to not to hurt anybody during filming.”

2PM’s Junho then said, “As the director and the writer said earlier, I’ll try my best to make sure that nobody gets [emotionally] hurt during filming,” referring to the writer’s joke. To this, actress Na Moon Hee advised, “An actor has to get hurt.” Upon hearing this, Junho hurriedly replied, “I’ll try to get hurt then,” making everyone burst out laughing. 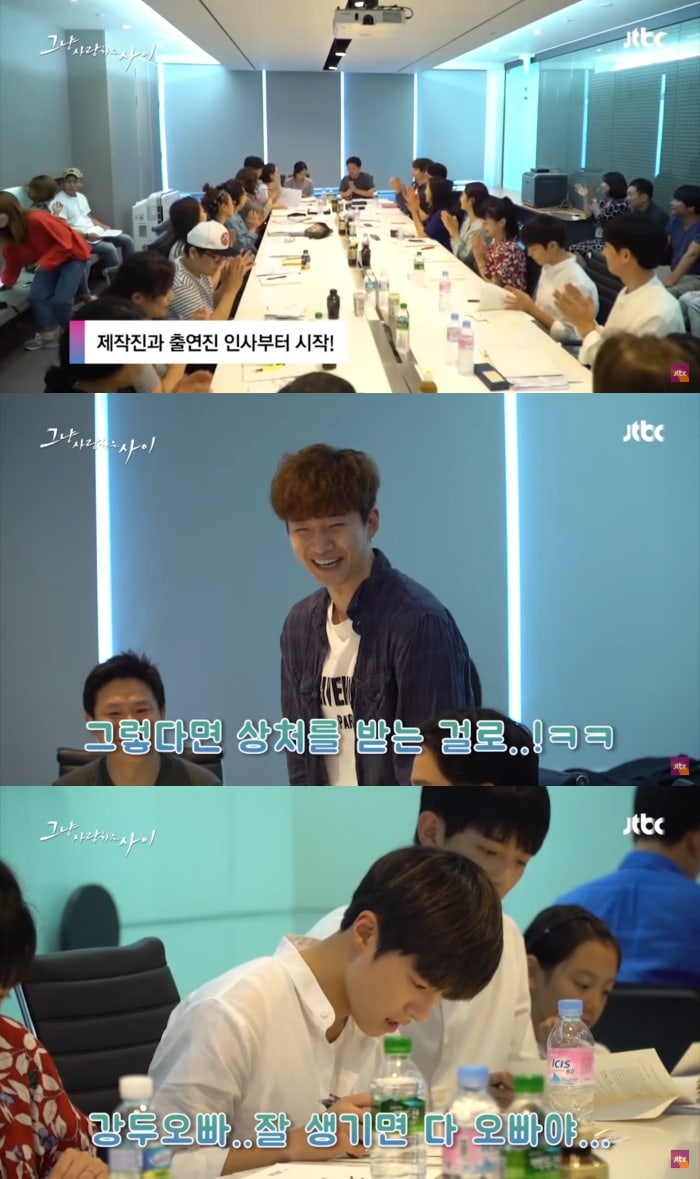 The video also showed the child actors as well as supporting actors who all showed off great acting skills throughout the script reading. Each cast member remained in character and remained focused, acting with their facial expressions as well as their voices. The script reading ended successfully with a round of applause from everyone.

Watch the script reading of “Just Between Lovers” below!