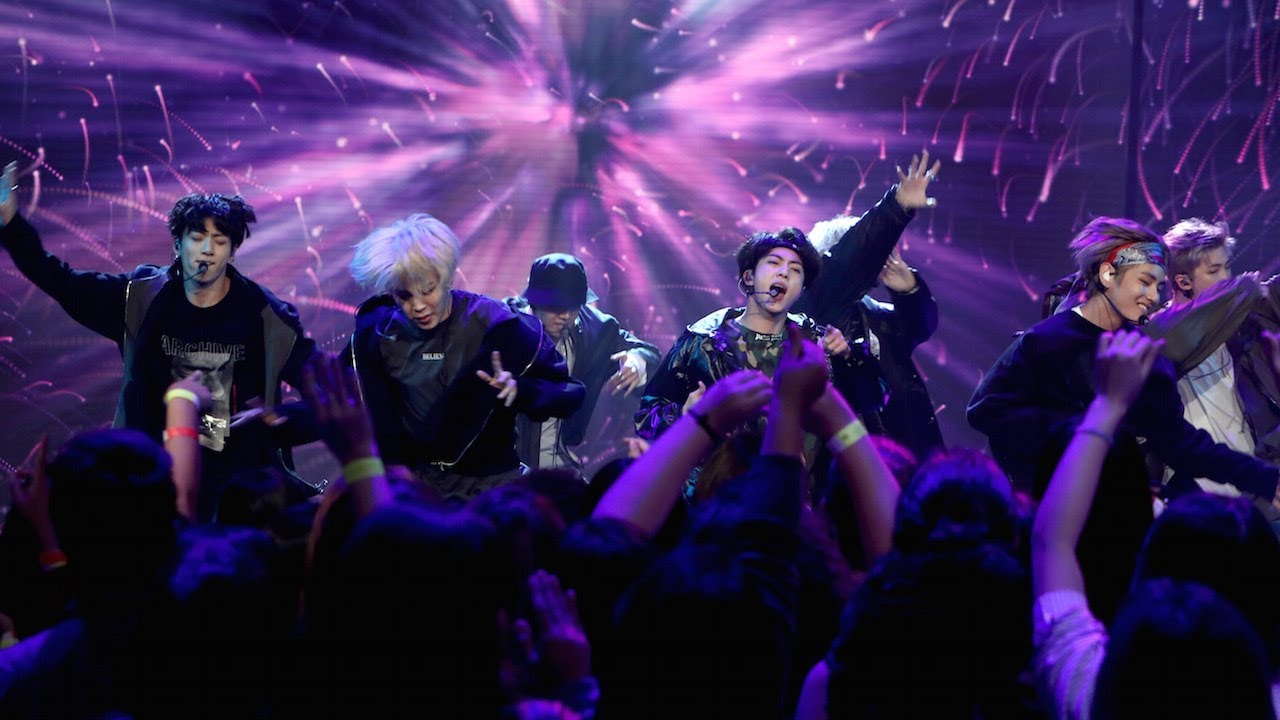 The official YouTube page of Ellen Degeneres’ talk show just dropped BTS’s performance of “DNA,” which was not part of the television broadcast.

When BTS appeared on the November 27 episode of “The Ellen DeGeneres Show,” they performed their new “MIC Drop” remix for the first time on television!

Host Ellen DeGeneres introduced their performance by mentioning that millions of people have asked for BTS to be invited as guests on the show. The guys then took to the stage to wow with an amazing performance of their “MIC Drop” remix, which was produced by Steve Aoki.

The “MIC Drop” remix and its stellar MV were released just last week, and the song rose to the top of the U.S. iTunes Top Songs chart, with BTS becoming the first K-pop group to take No. 1. It also grabbed No. 1 on the Top Songs charts of over 60 countries worldwide, and entered Spotify’s Global Top 200 chart.

BTS also recently staged their U.S. television debut performance at the American Music Awards, where they performed their song “DNA.”

We can look forward to even more U.S. television appearances by BTS, with their “Jimmy Kimmel Live” and “The Late Late Show with James Corden” guest appearances coming up soon!

BTS
Soompi Spotlight
The Ellen DeGeneres Show
How does this article make you feel?