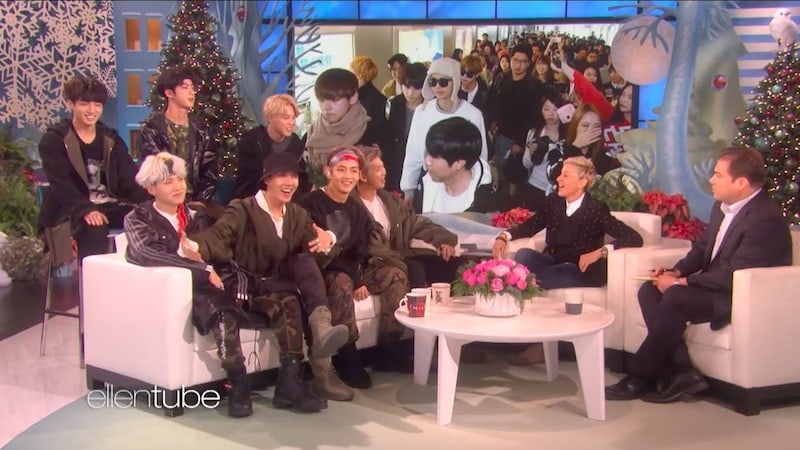 BTS and Ellen DeGeneres finally got to meet on her famous daytime talk show!

Fans have been hoping and asking for an appearance by the hit group on “The Ellen DeGeneres Show” for a while, and their dreams have come true as the guys got to sit down with Ellen DeGeneres for an interview in the November 27 episode.

Their guest appearance was recorded last week while the group was in Los Angeles to make their U.S. television debut performance at the American Music Awards.

During the interview, Ellen DeGeneres and the guys talked about how RM learned English and the universal messages of their lyrics, and she also joked with them about whether they’ve ever dated fans. In addition, she gave them a special gift!

Check out the clip below.

BTS
The Ellen DeGeneres Show
How does this article make you feel?