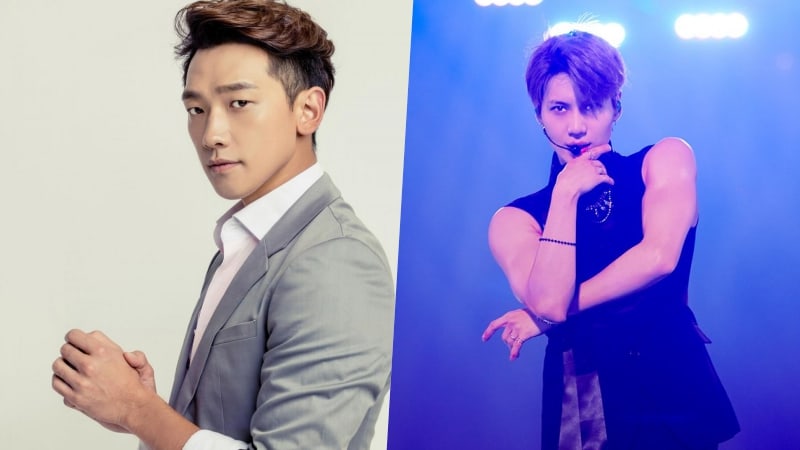 On November 27, Rain appeared on the radio show “2 O’Clock Escape Cultwo Show” ahead of his comeback later this week.

During the broadcast, Rain was asked by host Jung Chan Woo if he ever gives any harsh comments as a mentor on “The Unit.”

Rain replied, “I don’t want to give harsh comments to people who are standing at the edge of a cliff. I’ve experienced it myself. There was a time when a harsh comment wounded me and made it so I felt like I wasn’t able to get up again, and so I mainly prefer to offer a carrot [instead of a stick]. It makes people think, ‘Oh wow, I can do it,’ and they do even better. However, if there are people who are conceited, then I will use ‘a stick.’”

Rain and his wife Kim Tae Hee recently welcomed their first daughter into the world. When asked how it feels to be a dad now, Rain replied, “It’s so great. It’s indescribable. I feel like I’ve started the second chapter of my life.”

The hosts also asked Rain which junior artist he’d like to collaborate with. “Collaborations are good, but I want to produce,” said Rain. “I want to do something with Taemin. His lines when he dances are so beautiful. He also has a kind personality.”

Rain is currently appearing on “The Unit” as the lead mentor (along with fellow mentors Taemin, Jo Hyun Ah, San E, HyunA, and Hwang Chi Yeol) while preparing for a comeback on December 1.

SHINee
Rain
Taemin
How does this article make you feel?