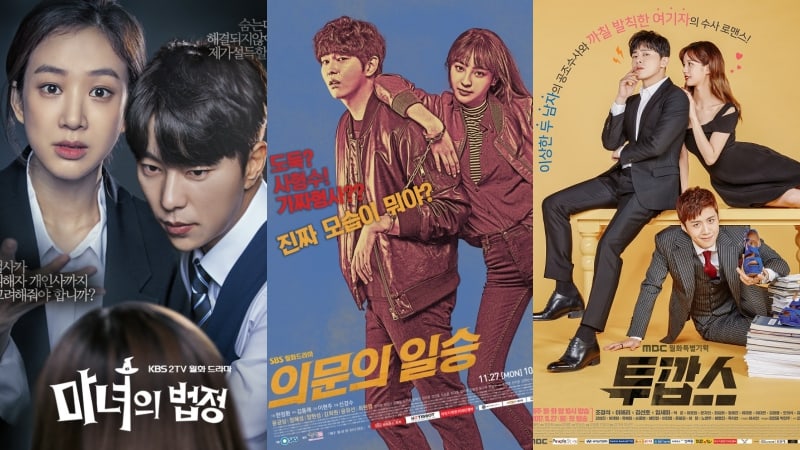 “Witch’s Court” Remains No.1 In Ratings Amidst Premieres Of “Oh, The Mysterious” And “Two Cops”

The battle for the Monday-Tuesday viewership ratings has new contenders this week with the premieres of SBS’s “Oh, the Mysterious” and MBC’s “Two Cops.” However, despite these two premieres, KBS 2TV’s “Witch’s Court” remained at the top of its time slot and recorded the highest viewership ratings.

According to Nielsen Korea, the November 27 broadcast of “Witch’s Court” recorded 11.9 percent nationwide in viewership ratings. This is 0.7 percent lower than the 12.6 percent rating from November 21, but still the highest amongst Monday-Tuesday evening dramas. “Witch’s Court” will air its final episode on November 28.

Meanwhile, MBC’s “20th Century Boy and Girl,” which was previously a part of this time slot but changed to air earlier at 8:50 p.m. KST, recorded 3.2 percent and 3.5 percent.

20th Century Boy and Girl
Witch's Court
Oh the Mysterious
How does this article make you feel?