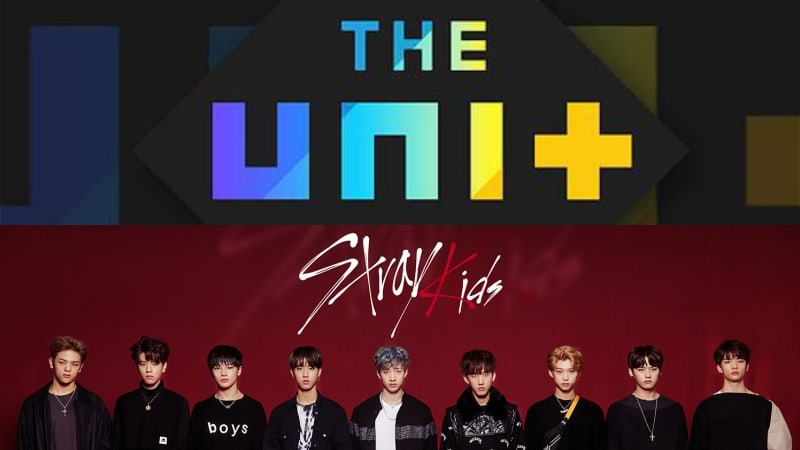 On November 28, CJ E&M and Nielsen Korea released the Content Power Index (CPI) rankings for the third week of November (November 13 to 19).

The Content Power Index ranks TV shows based on their overall popularity and influence on consumer behavior. Factors such as the number of searches, news subscriptions, and social media buzz are analyzed in determining the rankings.

This is interesting since the viewership ratings of “The Unit” and “Stray Kids” have remained about the same at about 5 percent and less than 1 percent, respectively. However, the easy access to news, music, and clips about the two shows online have worked in the shows’ favor and its young target audience.

CPI No.1 was taken by the recently wrapped KBS 2TV drama “Go Back Couple” with 245.6 points. The top 10 shows on CPI ranks are as follows: 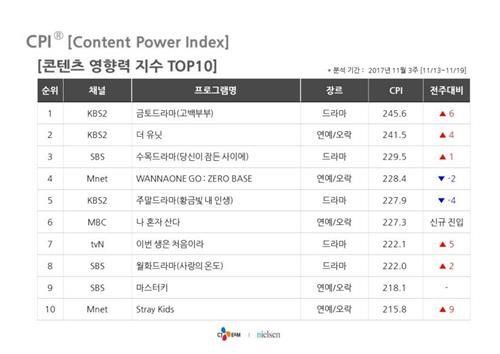 Stray Kids
While You Were Sleeping
Home Alone
Degree of Love
The Unit
My Golden Life
Because This Is My First Life
Master Key
Go Back Couple
Wanna One Go: ZERO BASE
How does this article make you feel?