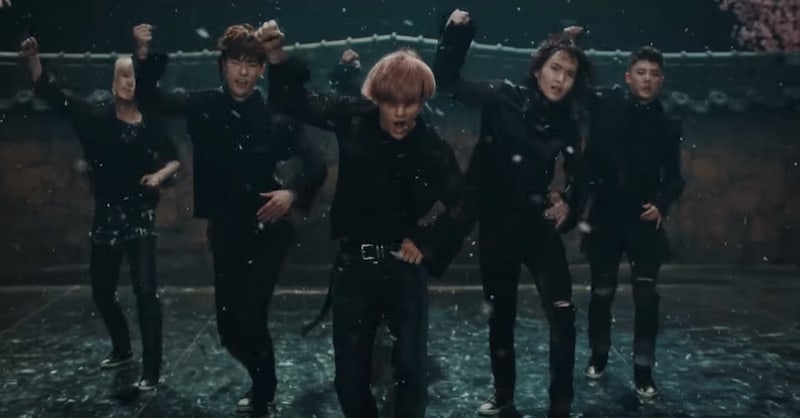 The group is working on a seven-part debut project titled “INTO BLK” with their first album “INTO BLK Part 1.” Their first album is comprised of five songs including their title track “Hero.”

“Hero” features the members as warriors and assassins with the message of the members becoming heroes. The choreography for “Hero” was worked on by choreography teams Art Matic, 3D COLOR, and Kim Yong Deok (DQ). With the collaboration of these three teams, BLK has pulled off powerful choreography that incorporates acrobatics and modern dance.

Furthermore, the music video was directed by VISHOP of Vikings League.

BLK
How does this article make you feel?