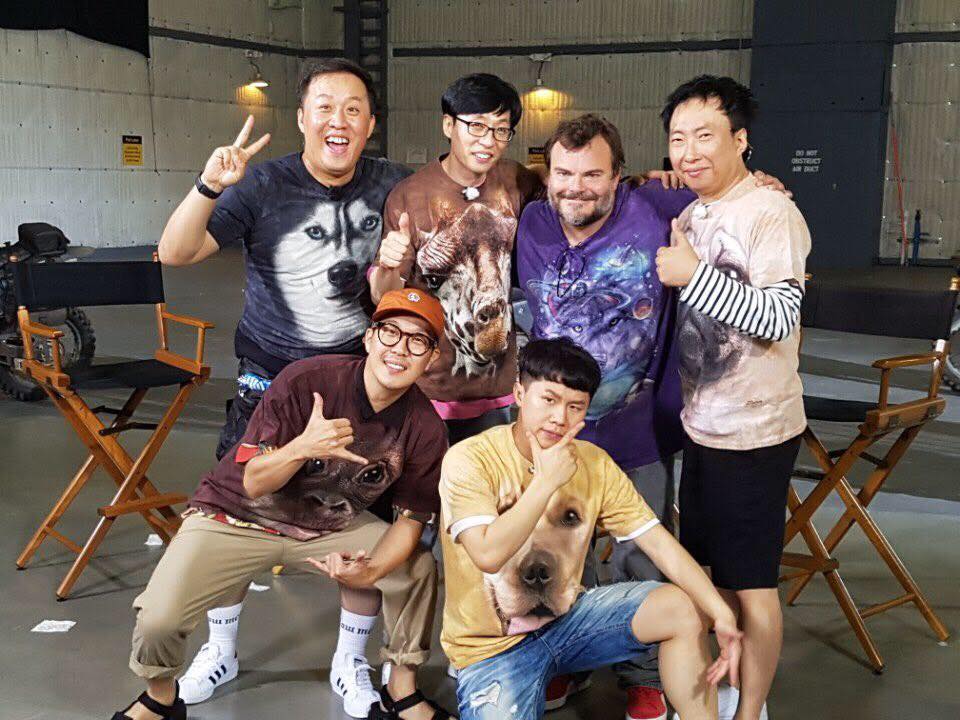 Jack Black recently revealed that, if given the opportunity, he would love to make another appearance on MBC’s “Infinite Challenge.”

On November 28, the American actor appeared at a live video conference for the action adventure movie “Jumanji: Welcome to the Jungle,” which was broadcasted at the I’PARK Mall CGV movie theater in Yongsan, Seoul. He sat alongside co-stars Dwayne Johnson and Kevin Hart to talk about their upcoming movie.

Jack Black has gained many fans in Korea through his two appearances on “Infinite Challenge.” When asked about his experience on the show, he said, “I miss them [‘Infinite Challenge’ cast]. I want to visit Korea again and appear on the show for a third time. I’ve actually started learning Korean. Though I’m a beginner, I’m working on it. I hope to return to Korea in a few months having perfected my Korean language skills.”

After making a lasting impact with his first appearance on “Infinite Challenge” in 2016, the actor reunited with the cast in Los Angeles this summer and put them through a hilarious audition prank. Hopefully, he will return for a third time to bring more laughs and meet with the cast again!

Meanwhile, “Infinite Challenge” recently made their return after a 12-week hiatus with great success. Check out the latest episode below!