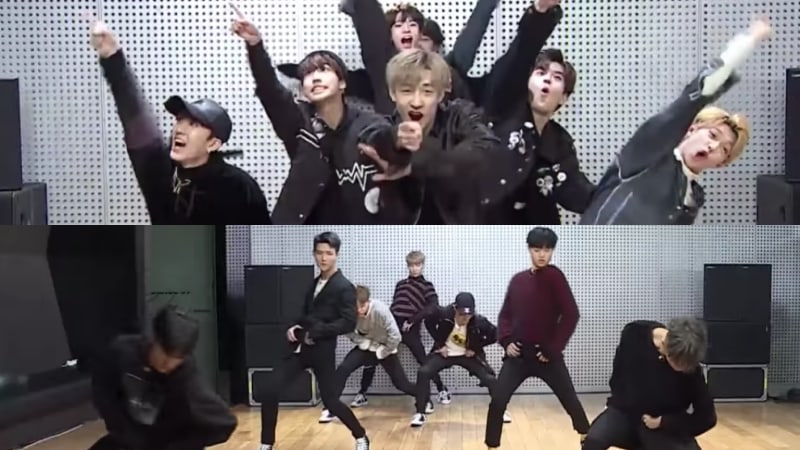 Watch: JYP And YG Trainees Amaze Each Other With Their Vocal And Dance Skills During Battle

The second part of the battle between JYP Entertainment and YG Entertainment’s trainees aired on the November 28 episode of Mnet’s “Stray Kids.”

Last week, the show gained a lot of attention with the performance of “K-pop Star” runner-up Bang Ye Dam. This week’s episode picked up from last week and showed the trainees’ vocal and dance performances.

JYP’s Kim Woo Jin, Bang Chan, and Han Ji Sung were up first as the JYP vocalists with their rendition of BLACKPINK’s “As If It’s Your Last.” When Bang Chan started playing on the keyboard, the YG trainees grooved to the music or showed surprised faces when Kim Woo Jin sang the high note.

After watching the trio’s performance, YG’s Yang Hyun Suk commented, “Honestly, it’s not easy for a boy group to cover a girl group’s song” and praised Han Ji Sung for his rap and vocal skills. 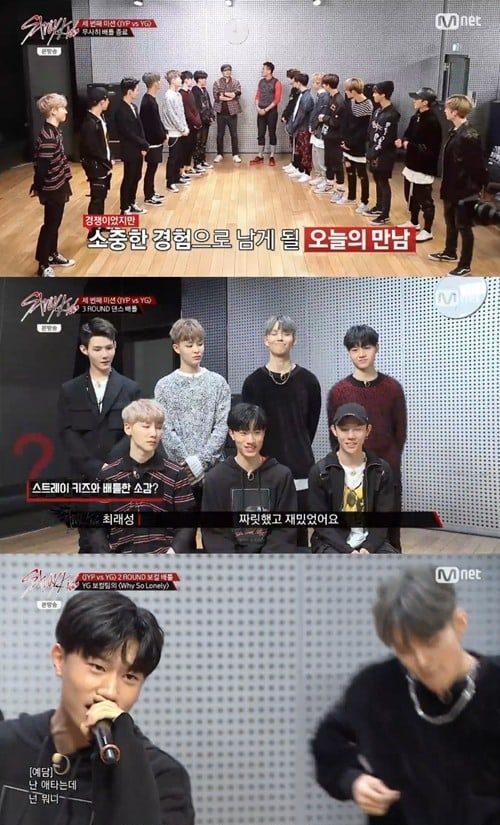 Then YG’s Jun Woong, Choi Rae Sung, Bang Ye Dam, Kim Seung Hoon, and Lee Mi Dam performed Wonder Girls’ “Why So Lonely.” Prior to their performance, Yang Hyun Suk mentioned that the team did not have a lot of time to prepare because it was formed recently, and asked for understanding if their teamwork was off.

Contrary to his worries, the five trainees showed their own version of the Wonder Girls’ hit. In response, the JYP trainees watched and reacted in awe at Bang Ye Dam’s smooth vocals. They also danced along to the beat and cheered them on during the dance break.

The group received praise from Park Jin Young who pointed out Kim Seung Hoon and said, “I don’t think there was anything for me to criticize.”

Next came the dance battle where both agencies’ trainees succeeded in showing their own styles and drew applause from those watching. Park Jin Young complimented YG’s Kim Do Young while Yang Hyun Suk acknowledged the JYP trainees’ creativity.