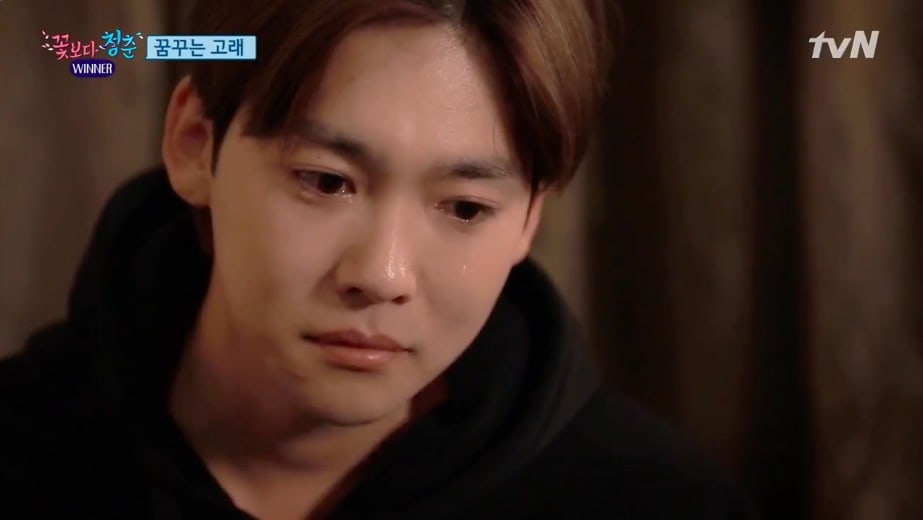 Watch: Kim Jin Woo Tears Up As He Reflects On His Past Concerns About His Role In WINNER

WINNER went whale-watching in the latest episode of “Youth Over Flowers,” and seeing a baby whale learning to jump in the water made them think of being trainees and some of the hard times they’ve gone through.

In the November 28 episode of the WINNER special of the travel reality show, Kang Seung Yoon reflected on how watching the whale practice had made him remember his days as a trainee. “I felt a bit sorry for it,” he said.

In his own private interview, Kim Jin Woo said, “I thought that too. I once cried while listening to my own voice, because it seemed so weird. I was 20 years old then.”

“I thought I wouldn’t be able to sing, and I had zero confidence in my self, so I cried really hard,” he said. “It was very difficult.” 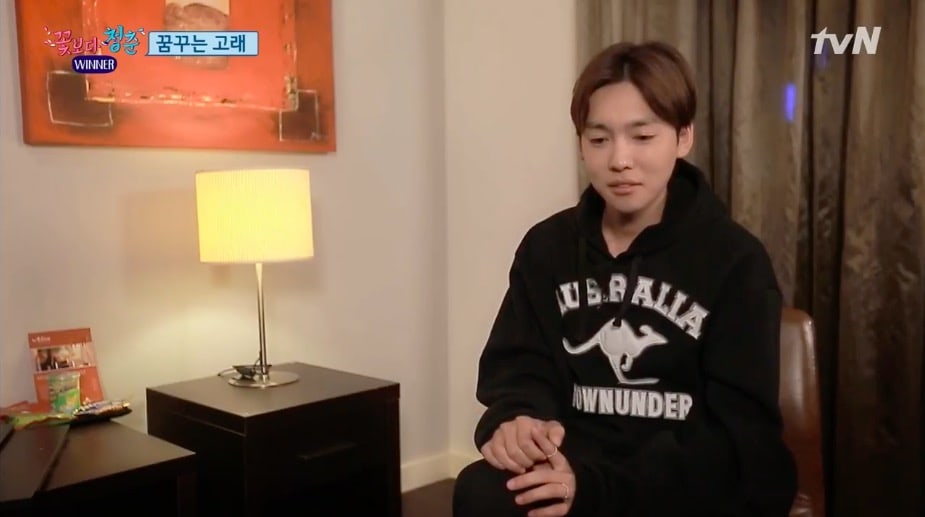 Kang Seung Yoon pointed out that whales are animals that keep on moving, and never take a break. He laughed as he said, “That also reminded me of us.”

Kim Jin Woo continued in his own interview, “When I was a trainee, I could just work hard with the goal of debuting. But once I’d debuted, it wasn’t like that. It was harder. I thought also that I’m not good at playing my role as the eldest member in the group, and I don’t compose or write lyrics. I felt like I don’t participate in the team.”

He went on to explain that these concerns made him become determined to train harder, and he took vocal lessons. “I want to hear the other members tell me I’m doing a good job,” he admitted. “Because I was always unable to do it.”

Kim Jin Woo then began to cry as he said, “I think I did them harm. It’s not like that now but… I think I wasn’t able to be satisfied with myself, I felt like I was falling behind. Because I didn’t want to cause them harm. That’s why I wanted to hear them say that to me.”

In their own interviews, the guys then went on to explain what role they think Kim Jin Woo plays in the group. Song Mino said they can’t be without him, and Kang Seung Yoon described him as someone who’s made a lot of sacrifices for the other members.

Watch Kim Jin Woo’s emotional interview in the clip below.

WINNER
Youth Over Flowers
Kim Jin Woo
How does this article make you feel?