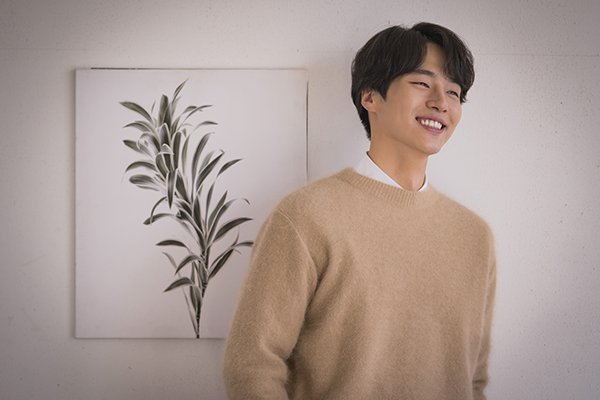 On November 27, Yang Se Jong held an interview after the conclusion of “Degree of Love,” where he expressed his thoughts on his character and the things he does to prepare for his roles.

The actor revealed, “Whenever I get a new role, I rent out a studio room, one that’s good for me to practice my acting. Because my family is at home and it’s comfortable, I’ve found that I can’t seem to practice my acting. So I rent a studio room and even arrange the furniture to fit my character. For instance, [for this drama] I only had a bed, speakers, candles, and a full-length mirror. I needed to keep it clean, so I didn’t even make food in the studio.”

When asked if he did anything additional to prepare for his role, Yang Se Jong replied, “I use a cologne that matches my character [whenever I get a new role]. For [this drama] I used a scent called ‘Narciso Rodriguez for Him Noir.’ I thought the fragrance was similar to my character.”

On his character, Yang Se Jong explained, “I think my character and I are similar in the way we focus. It’s not intentional; I’ve always been the type of person who focuses on his work. When I start a new project, I only use my cell phone for alarms, so I am often sorry towards my family and friends. Once I tried to change that and returned back to Yang Se Jong after filming, but the next day I couldn’t focus during the shoot.”

Yang Se Jong also revealed some of his other habits, such as his love for going on walks. He stated, “The way I heal is by wearing my most comfortable clothes, putting in my earphones, and just walking without setting a time or a destination. Even if filming ends late into the night, I make sure I walk for at least 10 minutes before going back home.”

Catch the first episode of his recent drama “Degree of Love”:

Yang Se Jong
Degree of Love
How does this article make you feel?