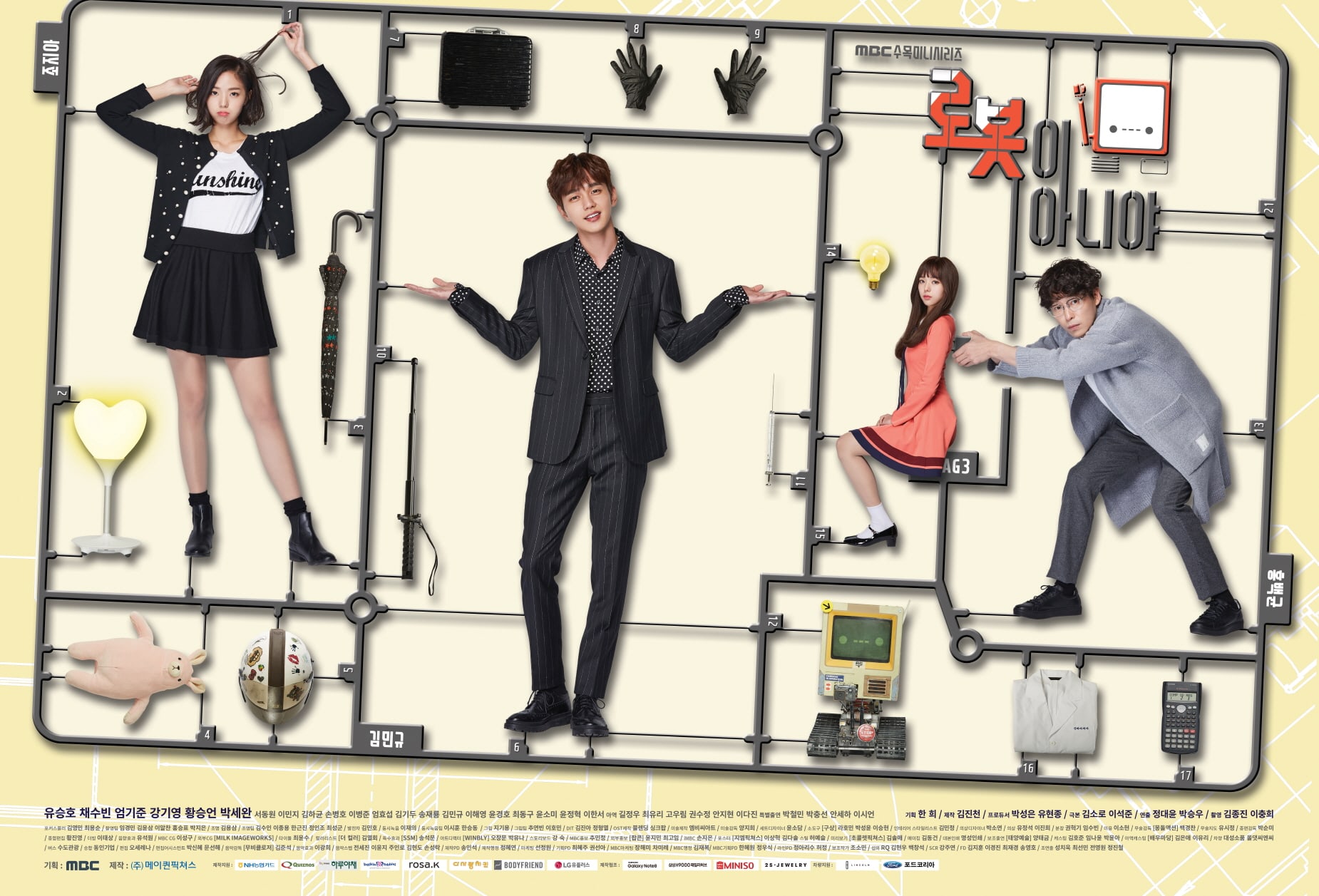 MBC’s new Wednesday-Thursday drama has released witty and fun posters ahead of the first episode, which is set to air on December 6 at 10 p.m. KST.

The first poster shows the main characters of Yoo Seung Ho, Chae Soo Bin, and Uhm Ki Joon inside an assembly kit. Yoo Seung Ho will play Kim Min Kyu, a perfect man who has everything. However, the one flaw he has is that he has an allergy to humans and must live a life sheltered from others, and the gloves and cane that he never leaves the house without are seen around him. Chae Soo Bin will play two roles of young entrepreneur Jo Ji Ah and humanoid robot Ah Ji 3. Meanwhile, Uhm Ki Joon will play Hong Baek Gyun, a genius with a doctorate in robotics engineering. 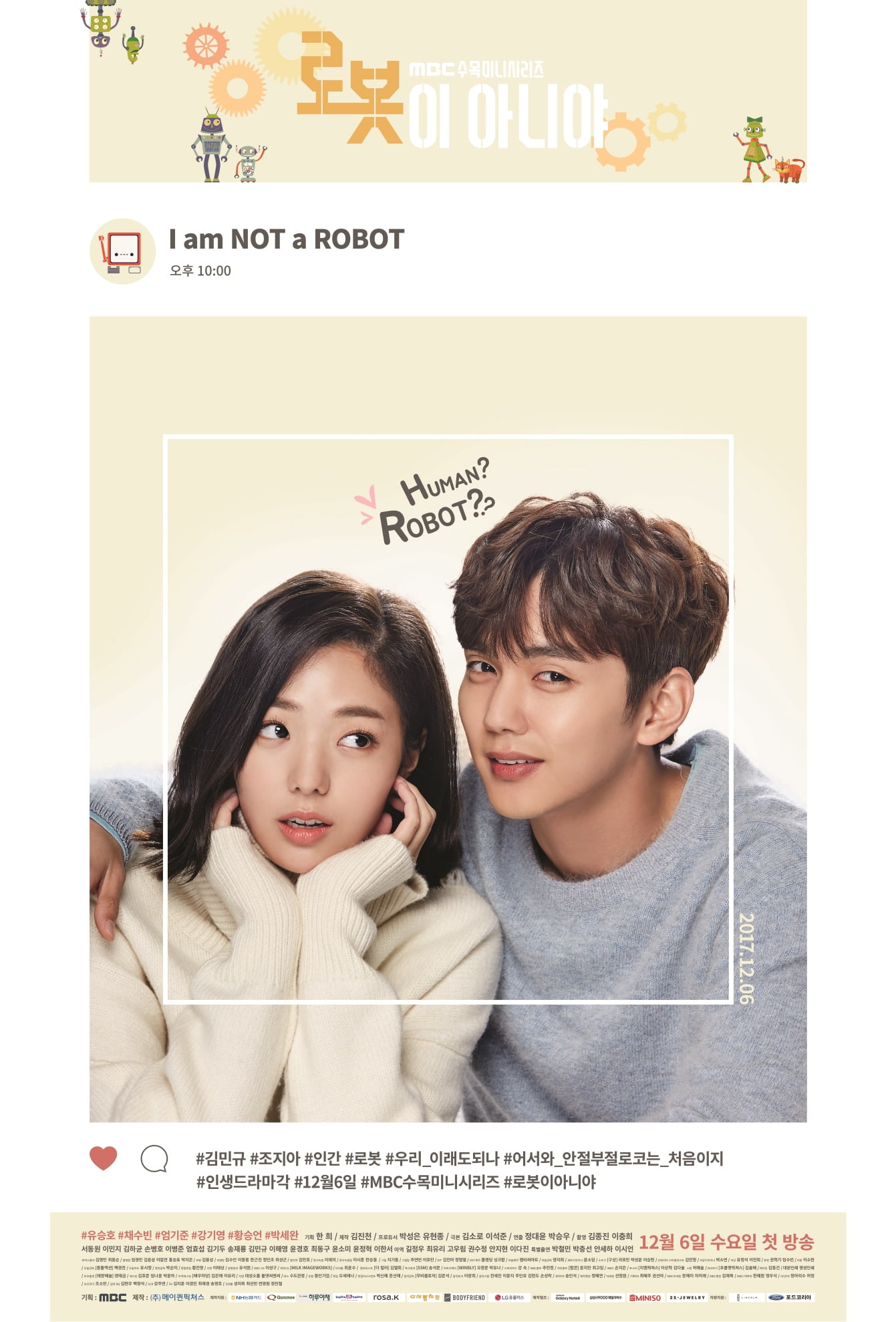 The second poster shows Yoo Seung Ho and Chae Soo Bin posing for a photo together for an Instagram post. It will be interesting to see whether a woman who has to pretend she’s a robot and a man who has built a protective wall around himself will be able to form a relationship. The road is set to be full of twists and turns for the duo.

“I Am Not a Robot” is a romantic comedy that follows the story of a man who has never dated because he has an allergy to humans and a woman who has to pretend to be a robot. The first episode will air on December 6 at 10 p.m. KST.