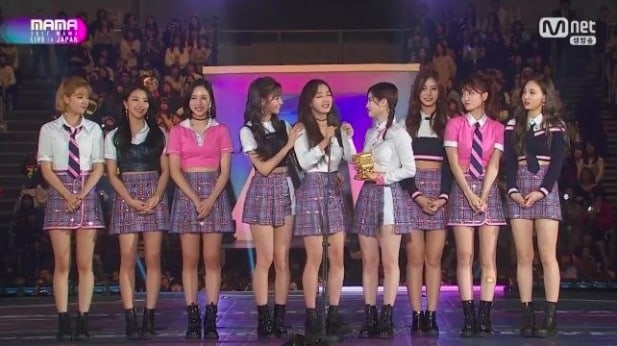 On November 29, 2017 MAMA hosted its second ceremony of the year, this time at the Yokohama Arena in Japan. The evening included the announcement of the Song of the Year award, which is one of MAMA’s Daesangs (grand prizes).

TWICE won the award for their song “Signal,” after taking home the prize last year for “Cheer Up.”

Jihyo thanked everyone for giving them the award once again, and said tearfully, “We know we have far to go and a lot to do, but we’re so grateful for being given many awards, and this great award.” She was then sure to thank their agency staff, her fellow members, their parents, and their fans ONCE.

Watch their emotional win below!

Check out all the winners from 2017 MAMA in Japan here!

2017 MAMA still has two more ceremonies to go, with shows coming up on November 30 and December 1 in Hong Kong.

TWICE
2017 MAMA
Awards Season 2017
How does this article make you feel?